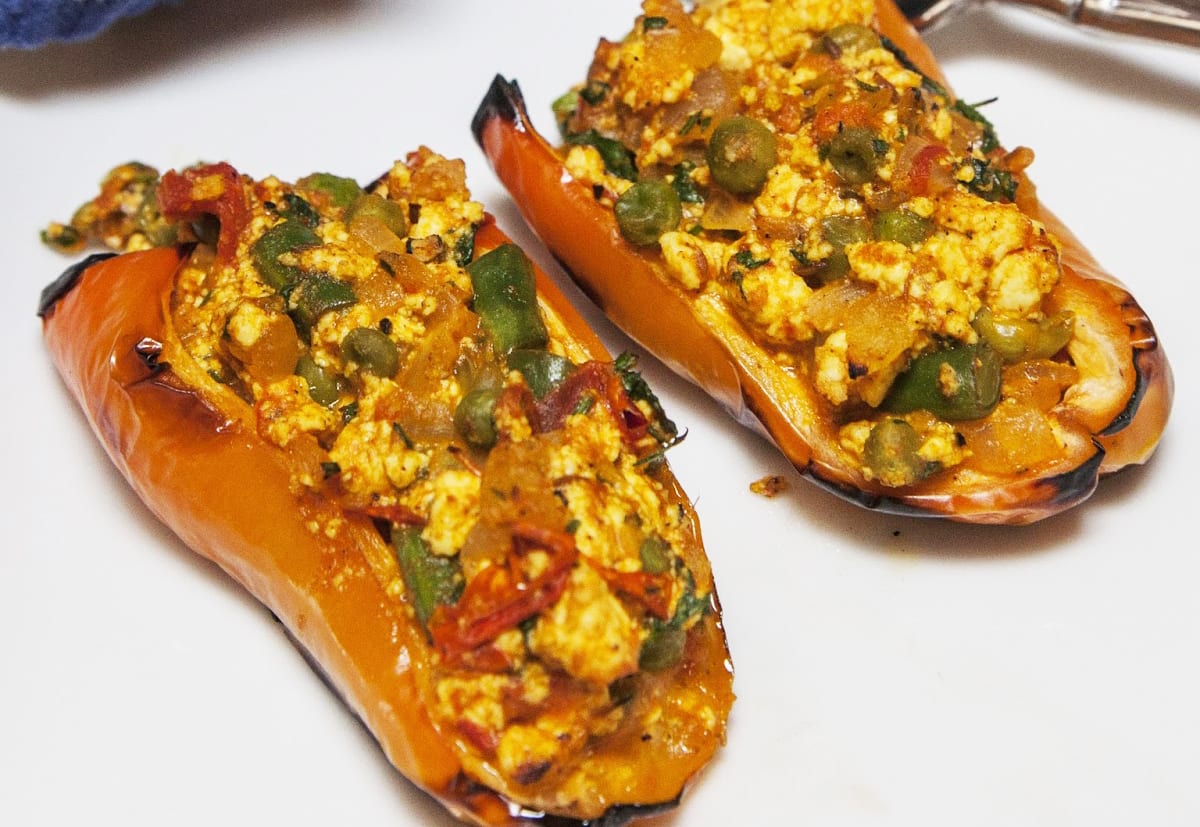 Served with a side of rice, these colorful stuffed peppers make for a satisfying vegetarian dinner.
By Kathy Gori 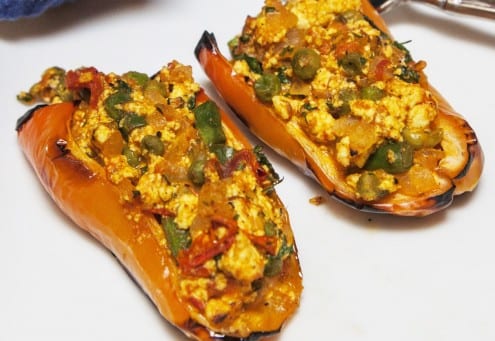 Indian cuisine calls for stuffing peppers with a variety of things, from potatoes to paneer and everything in between. I decided to stuff mine with paneer and some assorted vegetables. Since tomatoes are at their peak right now, I included them along with green beans, onions and peas. I used frozen peas but fresh would be even better. Nearly any sort of vegetable you choose can be substituted or added to this mix. This is a very simple dish that can go from the fridge to the table in about an hour and is cheap cheap cheap to prepare.