Rated one of the Top Ten Best New Hotels in the US, Hotel Vermont is “Local and global, natural and sophisticated, hand wrought and high tech”. With regional Vermont fare, the in house restaurant, Hen of the Wood, provides beautiful dishes in a fine dining atmosphere.
By Sheila McGrory-Klyza 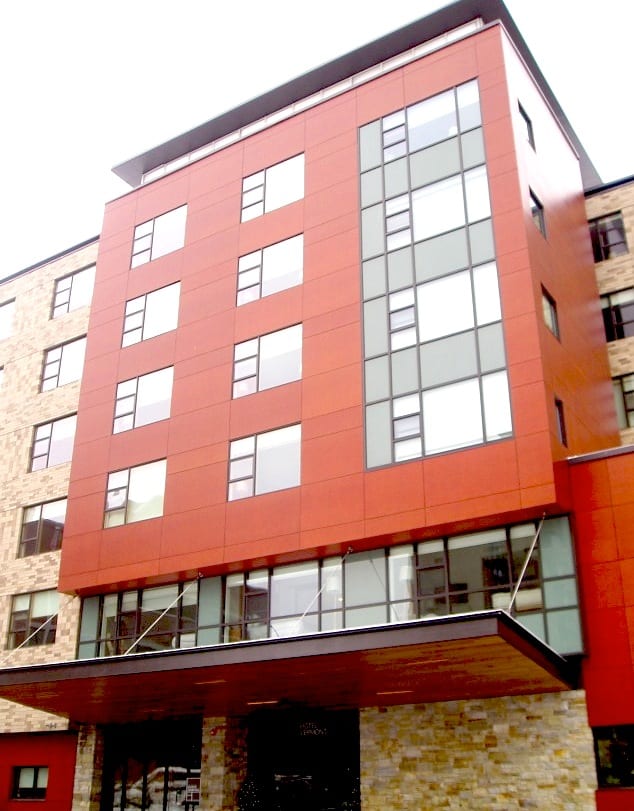 What does it mean when the car’s Check Engine light comes on? One of our cars is an aging Subaru, so this is a commonly asked question in our house. Even the skilled mechanics at our garage seem uncertain about the cause. “It could be about 300 different things,” they tell me as they hook up their diagnostics. After running the car through their scanner, sometimes they still can’t identify the cause. If nothing shows up as a problem, they simply turn off the light. Maybe it will stay off for a while, but there’s also a chance that it’ll come back on before I pull into our driveway.

So what exactly does the Check Engine light mean? This question can of course apply to other things besides the car. Take relationships, for instance. Those of us who have been married for a long time know that no matter how strong your relationship is, sometimes the proverbial light comes on. Sometimes, like the car, the reasons are mysterious. Regardless, it’s best not to ignore it.

Chris and I recently celebrated our twenty-third anniversary, not a momentous one like the twentieth or twenty-fifth, but reason to celebrate all the same. We decided to spend 24 hours in Burlington. Even though it’s just 45 minutes away, and I’m up there for various reasons about once a week, Burlington still feels like a getaway. We’d also been wanting to try out Hotel Vermont, a swanky, boutique hotel that opened last fall and was recently rated one of the Top Ten Best New Hotels in the US by Trip Advisor.

“Local and global, natural and sophisticated, hand wrought and high tech” is how Hotel Vermont accurately describes itself. The entire space is a veritable showcase of Vermont craftsmanship—from the giant sculptural mural in the lobby made from reclaimed wood, to the local slate, stone, and wood construction materials, to the Vermont made bath products and glass soap dishes. Its location down by the the Lake Champlain waterfront is also a plus. Our room had a view of the water, steely gray this time of year but beautiful nonetheless.

There’s something to be said for visiting your home city as a tourist. Often when I’m in Burlington, I’m rushing to an appointment or shuttling somebody somewhere. But on this day, Chris and I had 24 hours and no place to be except Hotel Vermont—and a few eating and drinking establishments of our choosing. Since we know the city so well, there were no sites or neighborhoods we felt pressure to explore, no shows to see, no shop or gallery I would be disappointed to miss. We could simply relax and enjoy. 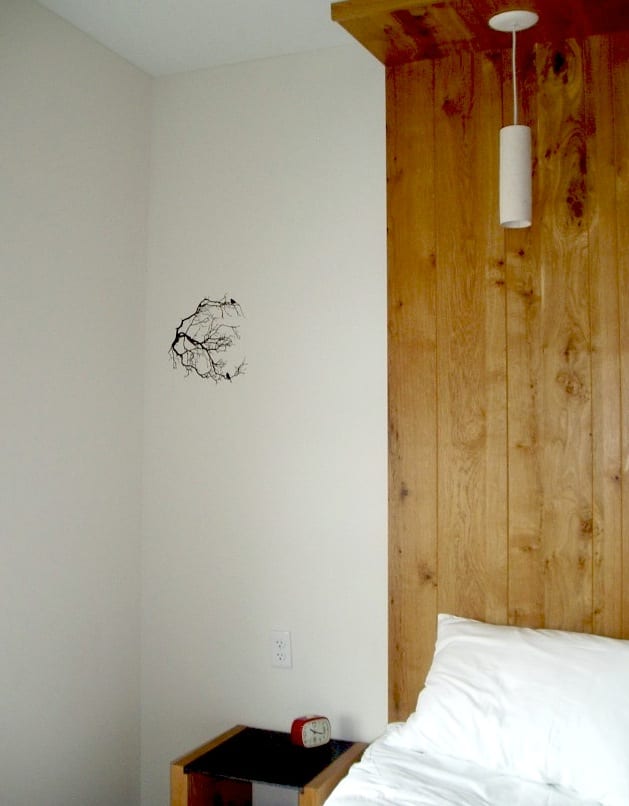 We started out with lunch at El Cortijo, a converted diner that serves up creative, farm fresh Mexican fare, such as soft tacos stuffed with spice rubbed local chicken and guajillo crema, or delicata squash and roasted corn salsa. Chris and I shared a couple of tacos in this fun and funky spot, and then relished having a free calendar all afternoon. We had dinner reservations at 7:30, but first I wanted to try out a newer wine bar called Vin. They offer two-ounce pours, so we put together a little tasting of reds from France, Spain, and Italy. The favorite? A 2009 Chateaux Aney from Haut-Medoc, Bordeaux, perfect for an anniversary toast.

Back to Hotel Vermont for dinner, at Hen of the Wood specifically, a restaurant whose opening we had been awaiting for the past year. Its sister restaurant in Waterbury, also named Hen of the Wood, has long been a special occasion destination for us. A temple to upscale farm to table cuisine, HOTW is a fitting addition to a hotel that showcases the best Vermont has to offer. The open kitchen enhances the restaurant’s dynamic vibe. Sometime I’d like to come back and eat at the dining bar overlooking the alchemy.HOTW’s signature dish, a Hen-of-the-Woods Mushroom Toast topped with housemade bacon and a poached farm egg, is sublime. The earthy, meaty mushrooms have a frilly texture and large oval shape, resemble a roosting hen, hence the name. I have had this dish before and couldn’t resist ordering it again, but this time I wasn’t in the mood for the egg. I asked the waiter if they could shave some cheese over top instead, and they graciously topped it with Cabot cloth-bound cheddar. I appreciate a chef whose ego doesn’t forbid substitutions, although admittedly the dish didn’t look as pretty as it does with the egg (but it tastes just as good).

Chef Eric Warnstedt, one of Food & Wine’s Best Chefs in America in 2008, has a style that’s down to earth, not fussy. His artistry never overpowers the quality of the ingredients. Take meat, for example. Just off the main dining room, a window to the walk-in cooler allows you to view carcasses waiting to be butchered in the back of the kitchen. 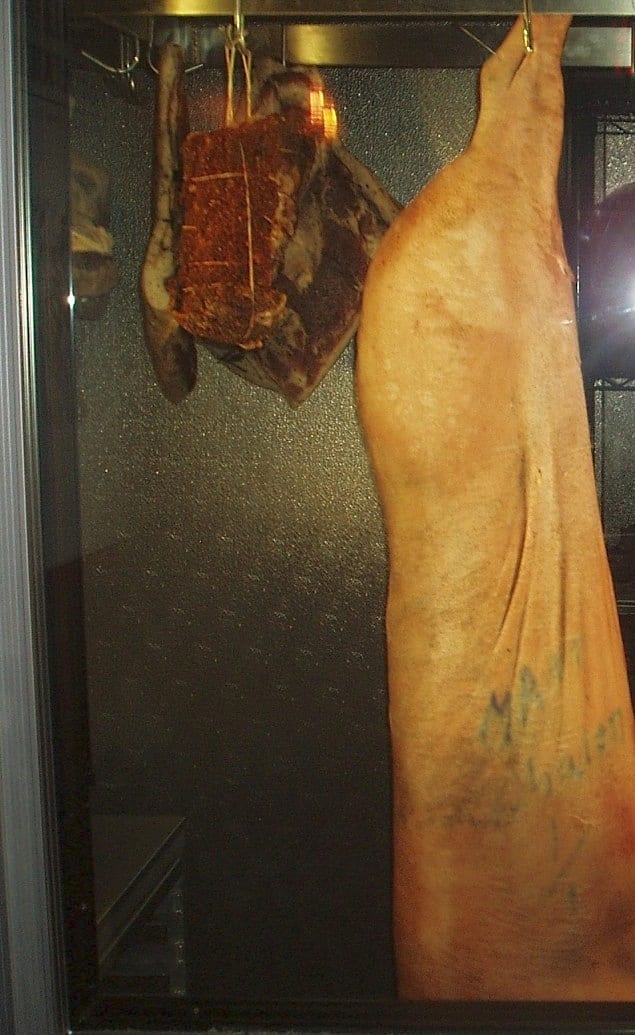 This commitment to freshness and quality control shines through in every dish. We’d been to the restaurant as a family shortly prior to this visit, when I had tasted Faye’s pork loin and swooned. Ever since, I had been planning to order it, but alas, tonight they were out. Since I was craving pork, I regrouped and decided to try a small plate called “Tonno di Maiale.” I had never heard of this Tuscan preparation of ham before, which involves braising it in olive oil and wine so it softens to the consistency of tuna, but oh-my-goodness was I glad I was forced to veer off my plan. Succulent and full of flavor, its only flaw was that it was a small plate. Fortunately the ham was accompanied by more of the wood-grilled bread that held the mushrooms, so I could sop up the juices. Sorry, no photo; I was too engrossed.

Meanwhile, Chris was happy with his steak, complemented by coal roasted onions and crumbles of Bayley Hazen Blue. Wanting just a little more, I resisted ordering another Tonno di Maiale and instead went with a small plate featuring an unexpected creature—octopus. It was decidedly not local, but I was feeling adventurous. Grilled over the wood fire (as much of HOTW’s food is), it was a tasty, anticipatory blast of summer. But the blue ribbon of the evening goes to the Tonno di Maiale. Next time I’m at HOTW, I may have to start with that and follow it up with the pork loin.

For dessert, we shared a plate of “Little Sweets” created by Andrew LeStourgeon, former pastry chef at NYC’s Fig & Olive.  We had tried his opera bar on our previous visit and noticed his talent. This plate of assorted goodies was like a dessert tasting, ideal for sharing. 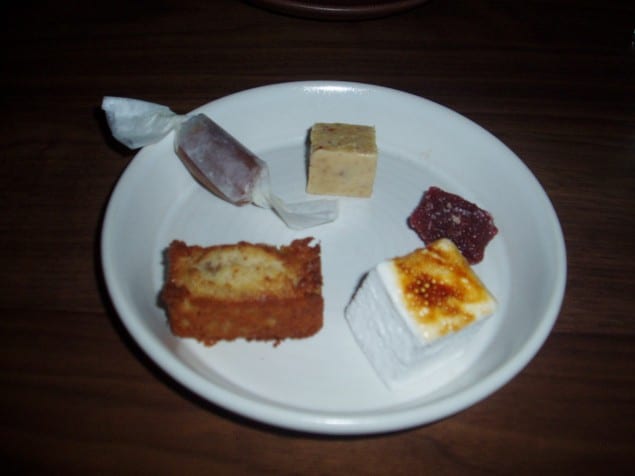 When Chris and I wandered in for brunch the next morning at Juniper, Hotel Vermont’s other restaurant (and bar, in the evenings), we were greeted by more of LeStourgeon’s work: a platter of tempting pastries. I made mental note to seek them out another time, and then we settled in at a table for a hearty plate of eggs, (more) bacon, and hash browns to cap off our stay. As our 24 hours came to a close, the Check Engine light had been roundly extinguished, at least for a while. If it flickers on again, we know just the remedy.