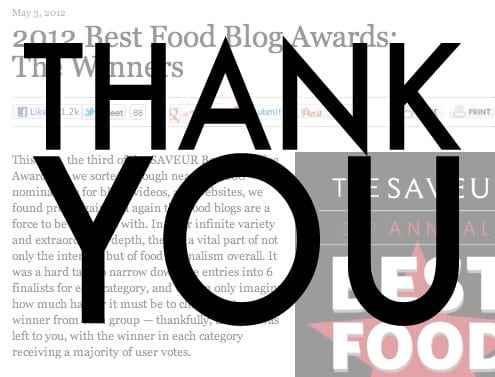 More than 40.000 blogs and websites were submitted to the 2012 Saveur Best Food Blog Awards, 6 were nominated in the Best Group Blog category – and yesterday, we were named the winners in our category.

The nominations were chosen by the editorial staff at Saveur, but the final vote was in the hands of the readers. So thank you, from the bottom of our hearts, to all of you who voted for us. We’re forever grateful.

Nominations for DC’s Best Eats and Drinks are Announced