Making coconut butter is similar to a nut butter process. It takes one ingredient and minutes to make a versatile cooking and baking ingredient.
By Sharon Lachendro 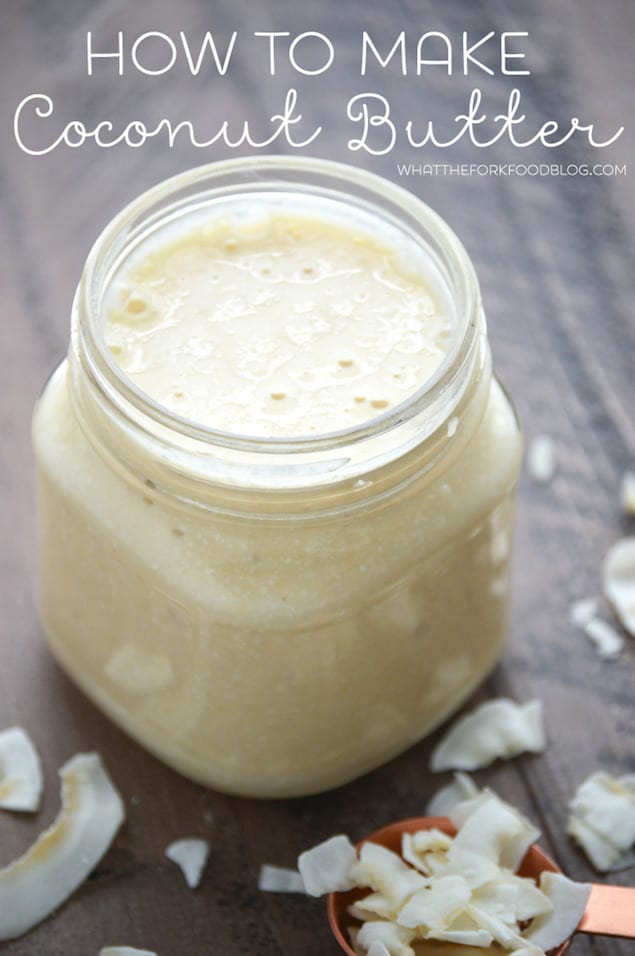 This recipe for Homemade Coconut Butter appeared first on What The Fork Food Blog.

With a little bit of research, I realized coconut butter is not what I was expecting. I was thinking butter, as in Paula Dean butter. But really, it’s more like peanut butter or other nut butters. Coconut butter can also be called coconut manna. It’s also incredibly easy to make. First of all, it’s only one ingredient – shredded, unsweetened coconut. That’s right – ONE INGREDIENT. Can you get any simpler than that? NO. You can’t. Because without any ingredients, you won’t have a recipe. So one ingredient is as simple as it gets, people! 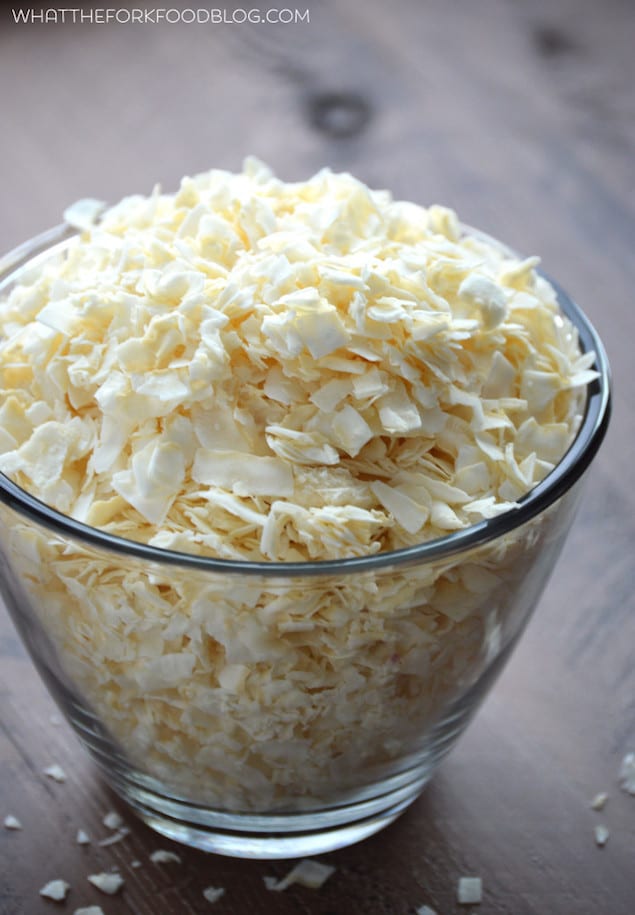 Second, you don’t have to do any of the work yourself. Pouring and measuring is as difficult as it gets, and technically, you don’t even have to measure. You could try using any amount of coconut that your high power blender or food processor can handle.

I use a food processor to make my coconut butter but you could use a high power blender as well. 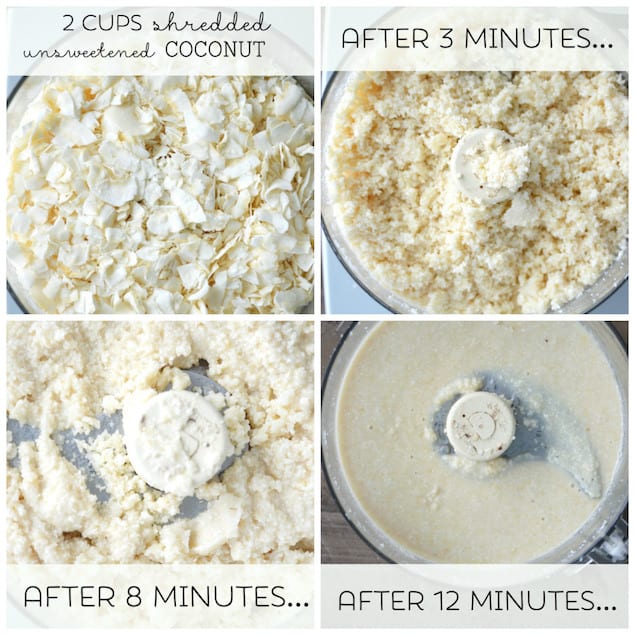 I had to turn my food processor off a few times after letting it run for a few minutes because I didn’t want it to overheat. You might have to do the same, especially if you’re using a food processor. When the coconut butter is done, it’ll be relatively liquidy. If your room temp is higher than 70-72 degrees Fahrenheit, it will remain thin and runny. Lower than that and it will solidify. My house is relatively cool, we keep it at 68 degrees so my coconut butter is solid. I keep it in a mason jar and scoop it out as needed. If I want to be spreadable, I scoop out what I need, put it in a microwave safe bowl and heat it a few seconds. If your house is nice and toasty and you need your coconut butter to set up more, stick it in the refrigerator for a bit.

Print
Making coconut butter is similar to a nut butter process. It takes one ingredient and minutes to make to have a versatile cooking and baking ingredient.
Author: Sharon Lachendro
Recipe Type: Side, Baking, Condiment
Cuisine: Dairy free
Serves: 1 cup
Ingredients
Instructions
Notes
Coconut butter will solidify if room temperature is lower than 70-72 degrees F.
You can use a high-powered blender instead of a food processor. Adjust blending time as necessary.
3.2.2885

Coffee Ice Cream Without a Machine