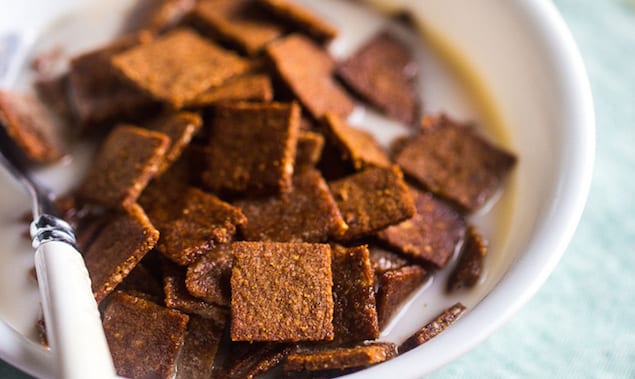 Feel like a kid again with this homemade cinnamon toast crunch cereal, made without funky ingredients. The recipe calls for almond and coconut flours so your gluten-free breakfast eaters can dig in too.
By Taylor Kiser 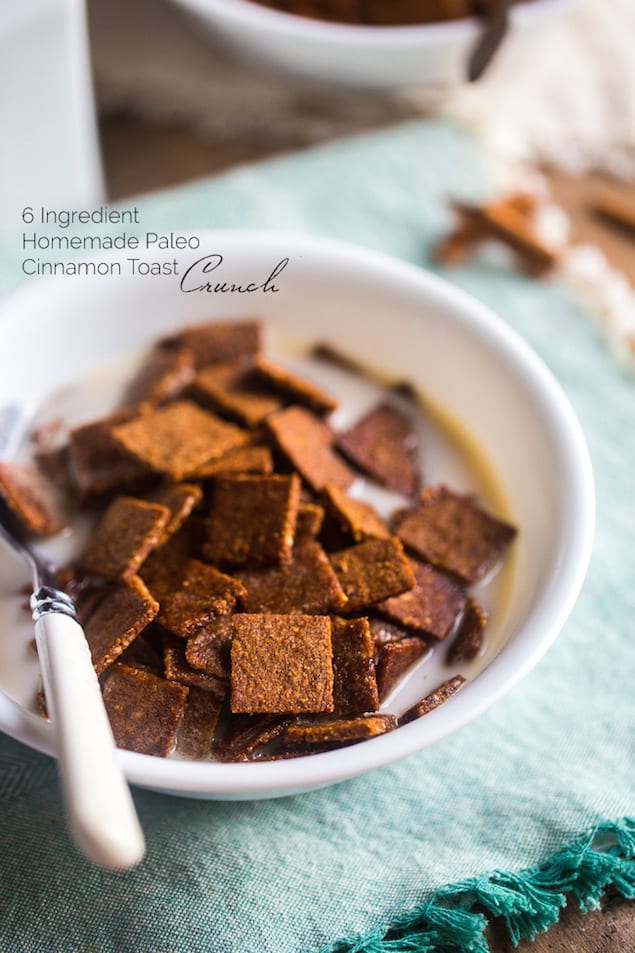 We made our own CINNAMON TOAST CRUNCH. You know, those crunchety-crispy little squares that explore in your mouth with spicy-sweet cinnamon deliciousness. The squares that pretty much are dessert but, WHO CARES, because they’re in a cereal box. Which means that they are 110% LEGIT to eat for breakfast. 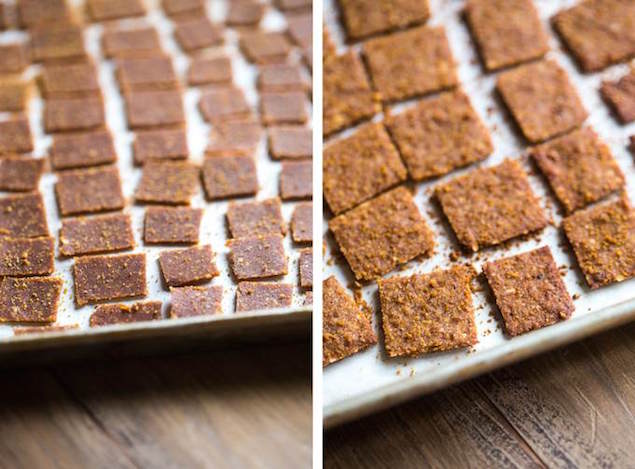 our homemade Cinnamon Toast crunch is paleo. It’s full of natural coconut sugar sweetness, super tasty nut flours and melty, rich coconut oil, and not much else. Well, except CINNAMON. I feel like you should have maybe guessed that though.

Print
Feel like a kid again with homemade cinnamon toast crunch cereal, made without funky ingredients. The recipe calls for almond and coconut flours so your gluten-free breakfast eaters can dig in too.
Author: Taylor Kiser
Recipe Type: Breakfast, Cereal
Cuisine: American, Gluten-free, Paleo
Serves: 3 cups of cereal, or about 6 servings
Ingredients
Instructions
Notes
* It's a little tedious to transfer every square to the paper, so I gently slide my knife under about 3 squares at a time, and then flipped them onto the pan and separated them a little bit.
** You could probably do all the dough at once, I just find it more manageable in 2 smaller chunks.
Cereal is best stored in an air tight container in the refrigerator to maintain optimal crunchiness!
3.2.2885