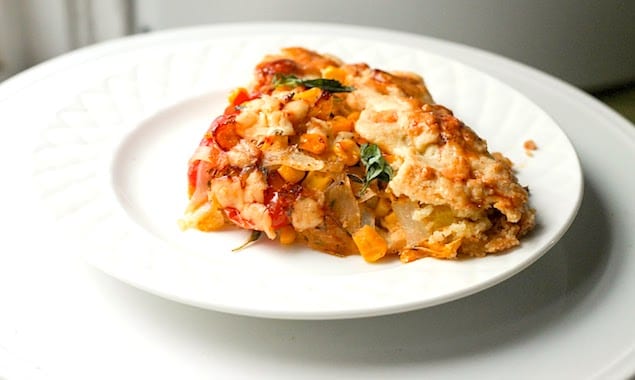 New Nordic Food: A Celebration of the Nordic Cuisine Manifesto

Pie is not just for dessert. The result is a messy and delicious creation perfect with whatever vegetable bounty you have on hand.
By Amrita Rawat 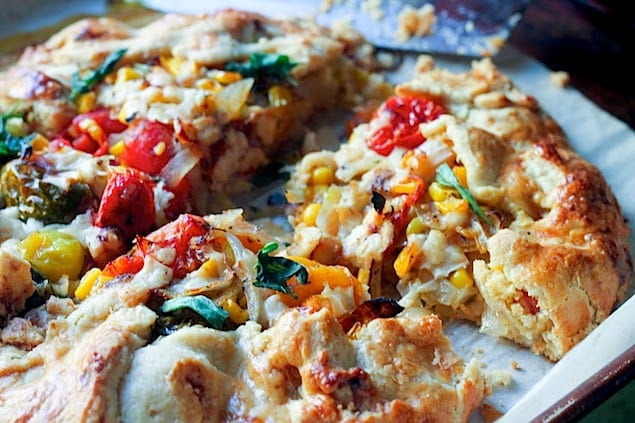 Pie’s not just for dessert; the flaky buttery crust goes perfectly with your entrée, too. This is a savory explosion in your mouth, and you will likely be fighting off others for the last bite, if you even decide to share.

Use aaalllll them fresh tomatoes, and if you can’t get heirlooms, grape or cherry will do just fine.
It’s got corn to add a crunch, softened/browned onions to add another dimension of flavor, and two kinds of cheese. It’s also easily adaptable with whatever you have on hand. Got mushrooms or zucchini? Toss ’em in! Got a favorite cheese? You can’t go wrong.

And don’t be afraid of the pie crust, I’ve made this once with crust from scratch and once with store-bought crust and both are just as yummy, I promise. And making it in galette form means no meticulous rolling out or crimping. Just dump the filling in and fold over.

The result is messy and delicious, and I’m going to be making this over and over and over again.
The first time I made this, I had extra filling left over so I just put it in a bowl and ate it as is–perfection! The filling would also work tossed into pasta.

Perfect for a quick weeknight recipe!

Print
Pie is not just for dessert. The result is a messy and delicious creation perfect with whatever vegetable bounty you have on hand. Adapted from Smitten Kitchen
Author: Amrita Rawat
Recipe Type: Main
Serves: 2-4
Ingredients
Instructions
3.2.1275

How to Pair the Perfect Wine with Pasta

New Nordic Food: A Celebration of the Nordic Cuisine Manifesto