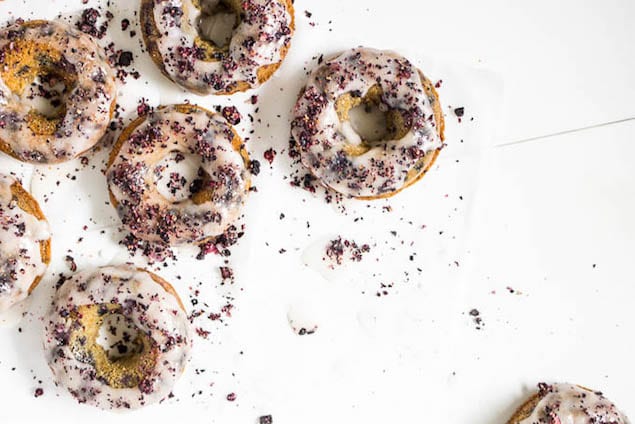 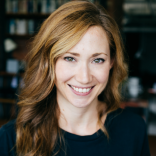 Made with a blend of gluten-free flours, baked blueberry donuts with cinnamon are beautifully dressed up with glaze and blueberry “sprinkles”.
By Tessa Fisher 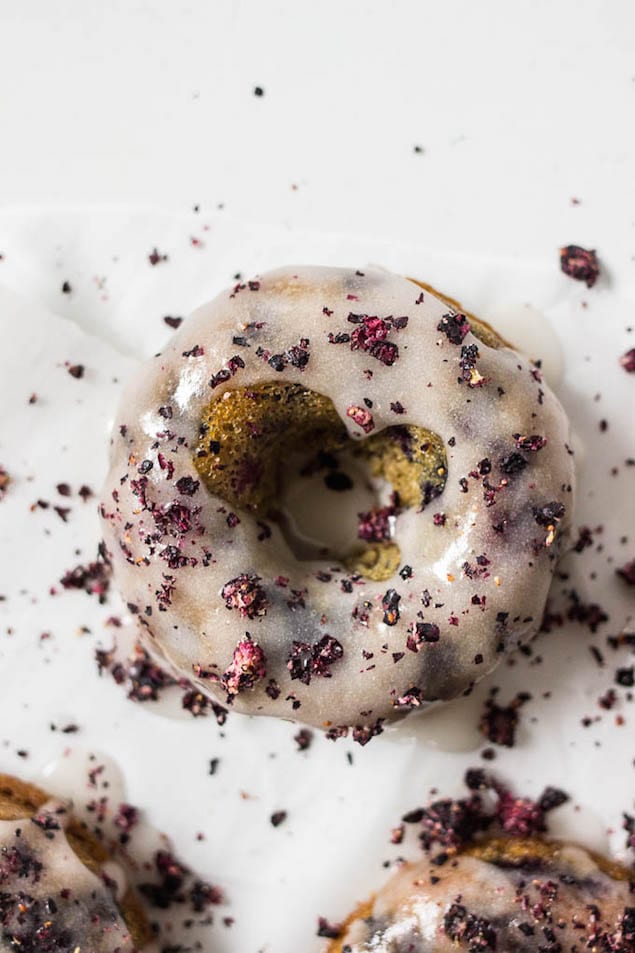 I bought my first donut pan about a month ago, and I can tell you there is no going back. I knew I would like making my own donuts, but I wasn’t quite prepared for how much I would love it. 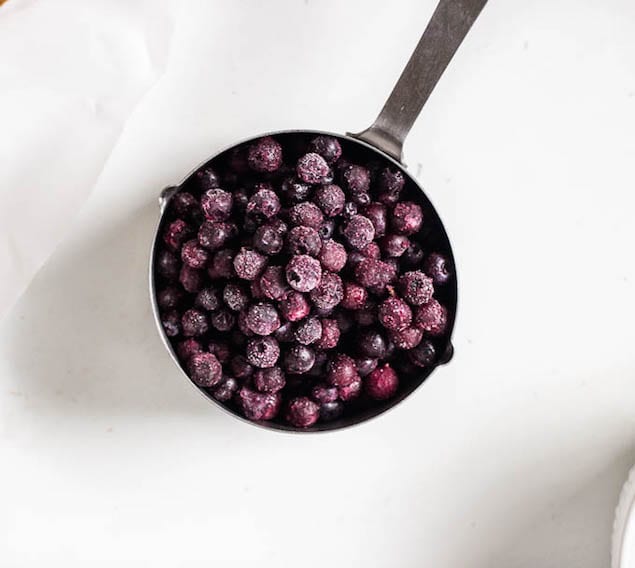 For these donuts, I used a combination of sorghum, almond, and tapioca flours. Sorghum has become one of my favorite whole grain, gluten-free flours to use because it is so versatile, and it’s health benefits aren’t bad either. The almond flour gives a punch of protein and lends to a great crumb, and the tapioca flour adds the sweetness and lightness necessary for a good cake donut. 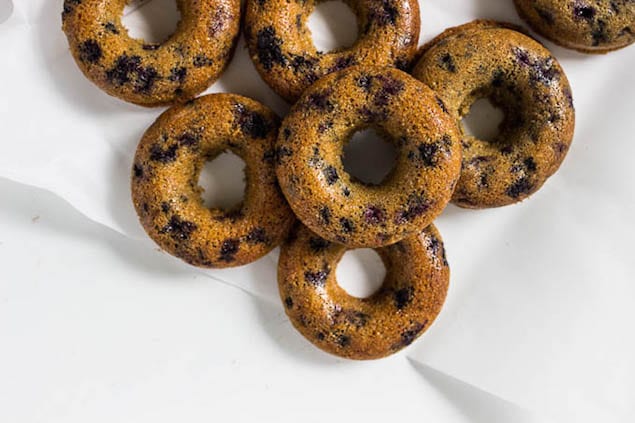 Frozen blueberries work best in this recipe. Who knew crushing dried blueberries could have such a pretty outcome? (Also a good stress reliever). 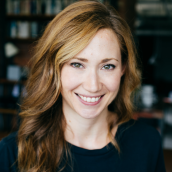