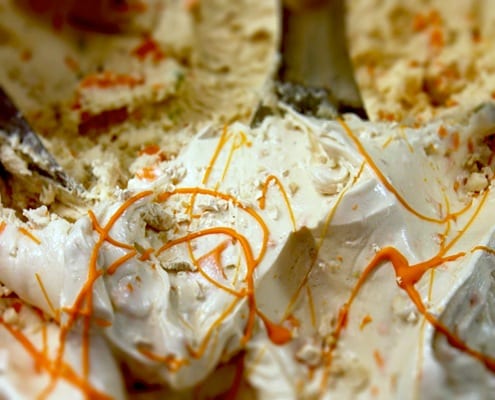 At Gelateria Passaparola in Castiglione delle Stiviere, you can have the best ‘torroncino’ in the world.
By Ambra Meda 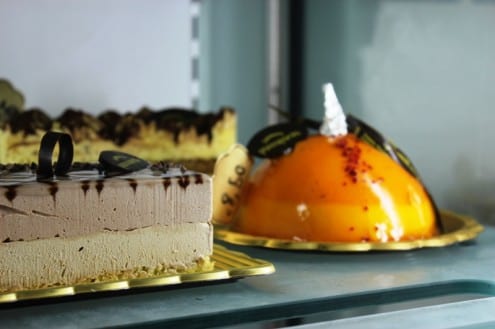 When it comes to gelato flavors, I am always inclined to go for innovation. Maybe it’s because I grew up to the tune of ‘stracciatella’ and ‘fiordilatte’, but when I visit a gelato parlor, I am always drawn towards the most inventive and unusual choices. 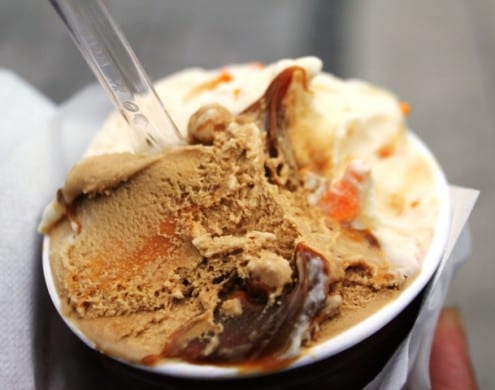 Usually the tag ‘novità’ is enough to orient my penchant, but there are a few occasions in which I make an exception to this habit. A few gelaterias in which I don’t even bother looking at the display. I know exactly what I am getting before I cross the threshold.
“Gelateria Passaparola“, in Castiglione delle Stiviere – a charming town in the north of Italy, in between Brescia and Mantua – is one of these places. 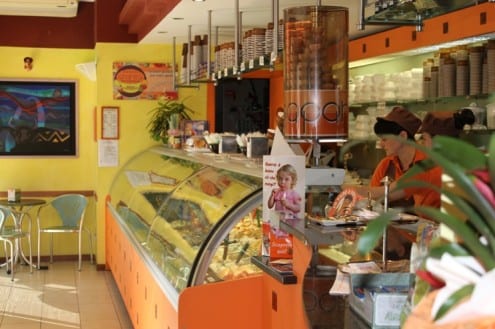 Without the shadow of a doubt, I can vouch that here you can have the best ‘torroncino’ in the world. I am not exaggerating. In Italy “torrone” (nougat) is a fairly common flavor for gelato. I had it countless times, testing all the many different varieties. This one is simply peerless. 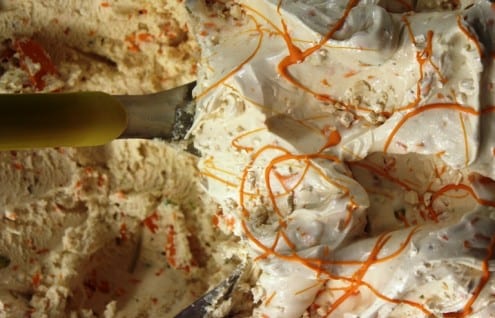 Aimed to discover what secret hides behind its exquisiteness, I walk in the shop asking for the owner. A few minutes later, dressed in apron, plastic gloves and kitchen cap, Michele Ciccarelli, peeps out of the laboratory. “Do you mind if we talk in here? My eggnog is in the pasteurizator and I have to keep an eye on it”. “That sounds like a dream to me”, I answer moving my pace after him. 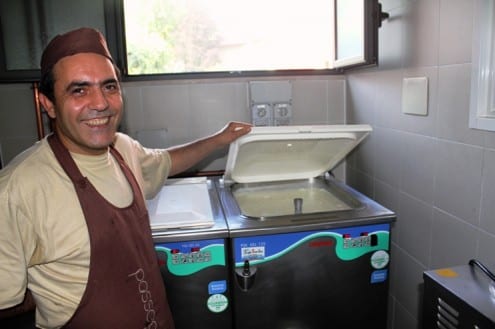 The kitchen, perfectly neat, smells like heaven. “They told me you want to know more about my ‘torroncino’, right?”. “Yes, Sir. I’d like to know what makes it so outstanding. ‘Torrone’ (a candy made with egg withes, honey and almonds or hazelnuts) should taste pretty much the same everywhere, but yours….” I finish my phrase waving my hands in the air. 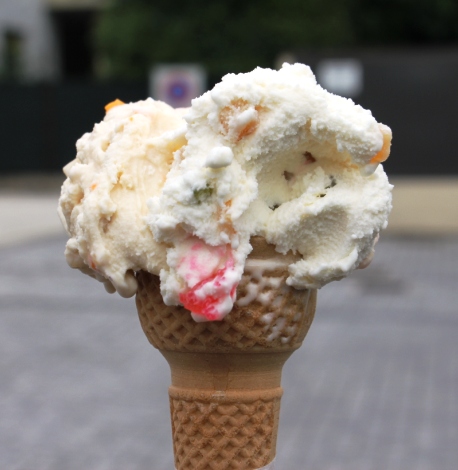 “I am glad you like it so much – he smiles -, but my recipe is really simple: chopped nougat, pure almond paste, pieces of almonds and pistachios, and then, when the base is ready, I variegate it with some orange chocolate“.
What Michele considers nothing, is actually quite something. “Orange chocolate?” I ask. “Yes”, he nods opening a steel container. “I melt cocoa butter with orange flavored white chocolate and I intertwine it to the gelato”.
I try a spoon. Even now that its secret is unveiled, this daintiness never ceases to amaze me. In its rich texture all the ingredients coexist perfectly balanced. In every mouthful there’s a little bit of everything. It never gets old. 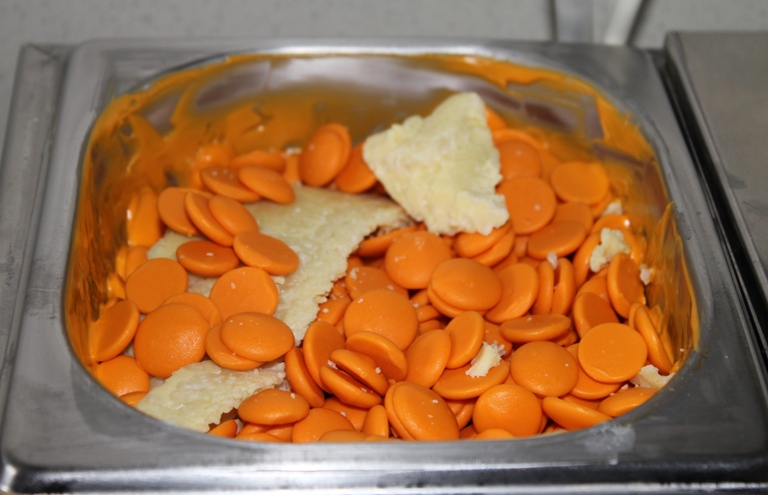 Michele stares at my expression and comments: “Gelato really is a magic. Isn’t it incredible that starting from the same base of milk, you can fashion so many diverse results?”
What seems even more magical to me is the passion that Michele manifests towards his job.
While he shows me the process to make gelato, he explains: “Gelato is like music: as a musician needs the ear, a gelato chef needs the eye to harmonize the ingredients. The recipes are like a sheet music, they need to be interpreted”.

What Michele, in his modesty, forgets to say is that, besides being a musician, he is also a conductor. Only at the end of our conversation I come to know he is a member of ‘Maestri della Gelateria Italiana‘, an association of some of Italy’s most accredited gelato artisans, that have come together to create the “Italian School of Gelato“, whose venue’s at “University of Flavors” in Perugia. 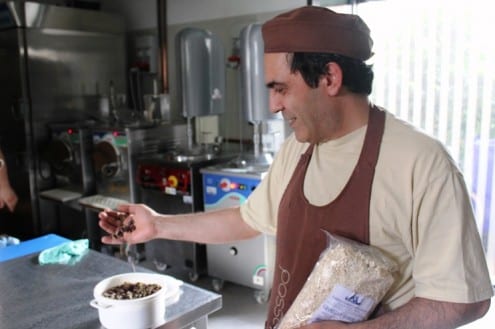 “What I learned in these years is that one never finishes learning“, he states. “Even though I started making gelato in 1989, I am still tweaking and improving my recipes. The only constant is the quality and freshness of my ingredients”. 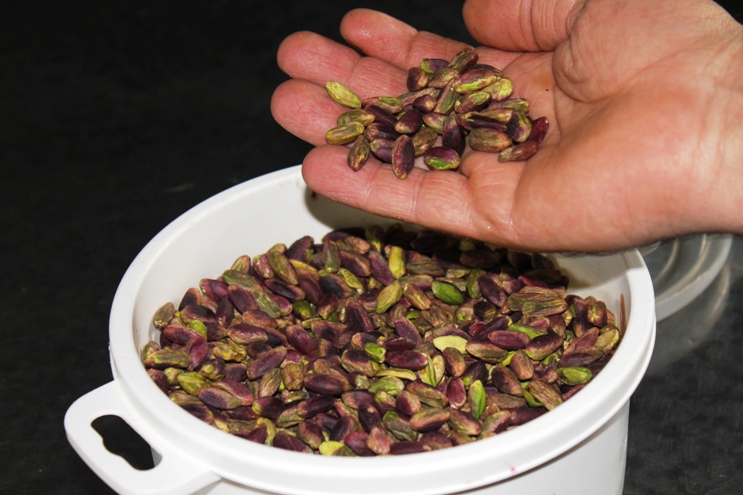 Michele moves to another box and shows me a handful of green nuts. They look wholesome, just picked from the tree. “It doesn’t matter if for a kilo of Bronte’s pistachios from Sicily, I have to spend 55 Euros. The normal ones, that cost 30, are full of toxins and I don’t want to compromise on quality.”
A front on which “Maestri delle Gelateria” is fighting for is related to the craftsmanship that supports real Italian gelato. “Nowadays – Michele explains – a lot of companies claim to produce “artisanal” gelato, when in reality all they do is produce bases in a centralized-industrial laboratory and send them to the stores where they cream it in front of the customers. The main prerequisite for being considered a gelato “artisan” is to have a laboratory right behind the shop, and to follow the process from the beginning to the end”. 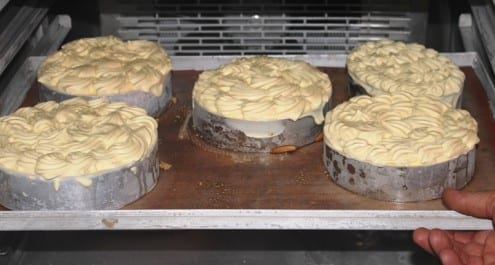 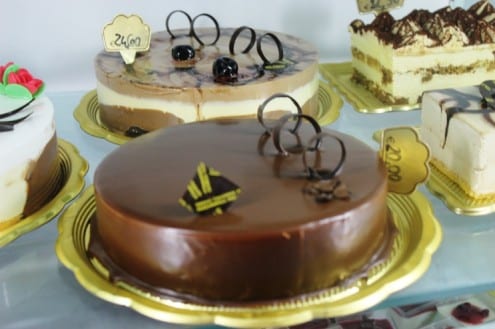 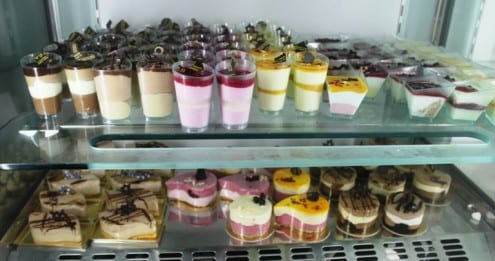 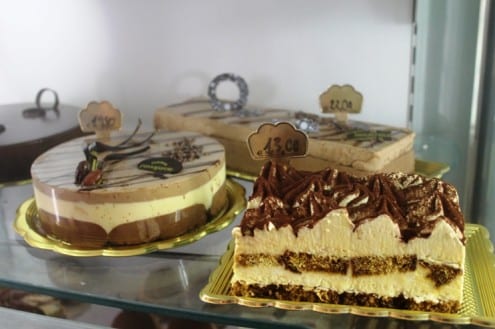 Both the words “artisan” and “artist” come from the same root: “art“. While I am savoring Michele’s hidden treasure, a chocolate and licorice ‘semifreddo’ (a semi-frozen ice cream cake), I realize that sometimes these words can be used as synonyms.