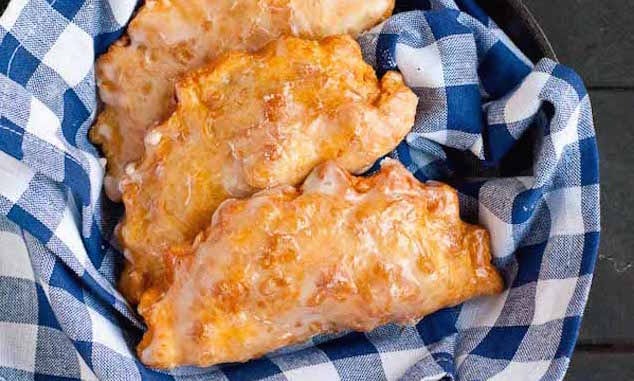 Crispy apple fry pies with a hint of spice are doused in sweet glaze that helps put the crackle in every bite. Best part? You can eat them with one hand.
By Courtney Rowland 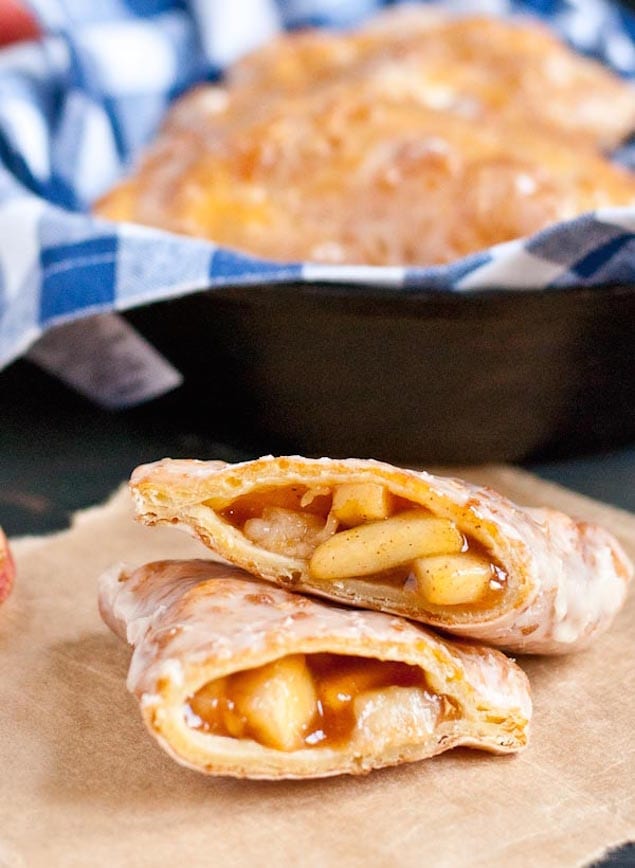 If you’ve never heard of a fry pie before, they’re pretty self explanatory. Pie crust is wrapped around a fruit or cream filling then fried and glazed. In some places they’re called fried pies, but at the Amish bakeries I’m familiar with, they always go by fry pies.

I don’t think I need to explain why these are so popular. They’ve got a lot going for them. First, PIE. Second, FRIED pie. Third, HANDHELD fried pie. And fourth, GLAZED handheld fried pie. If there were an Amish state fair, these would be the signature dish (except maybe they’d be on a stick). 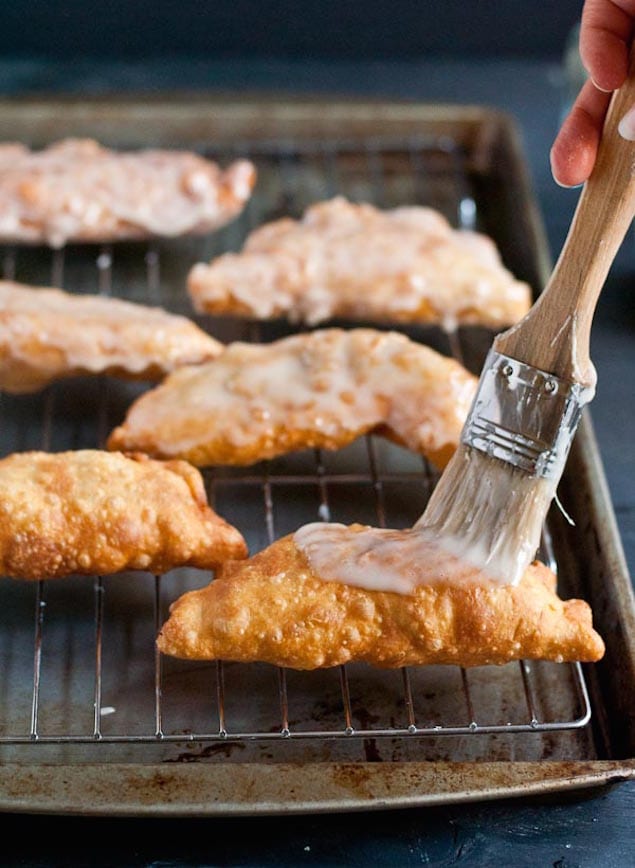 For my first foray into fried pies, I decided to go with a classic, seasonal favorite–apple. This filling is simple with just a hint of spice. The crust is tender and flaky and just a little crunchy. And the glaze? It dries into a crackly sweet coating that seals in all the goodness.

Now imagine yourself being able to take the sweet, familiar, homey flavors of apple pie wherever you go. The portability of these means you can grab them for breakfast, eat them in your car (not responsible for any eyes-rolling-back-in-head accidents), pack them for a late-Autumn picnic, or one hand them while you fold some laundry. Actually, that last one may not be true. Test at your own risk. 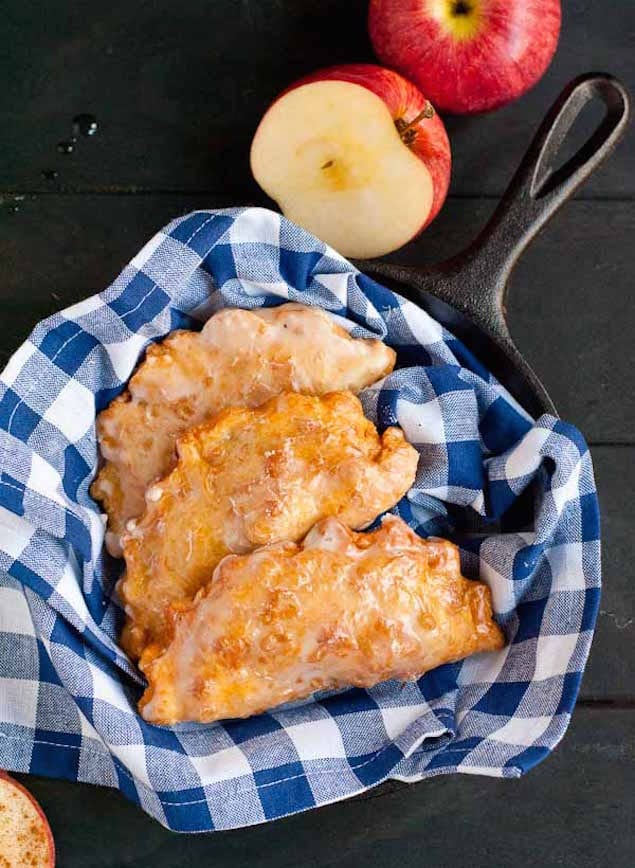