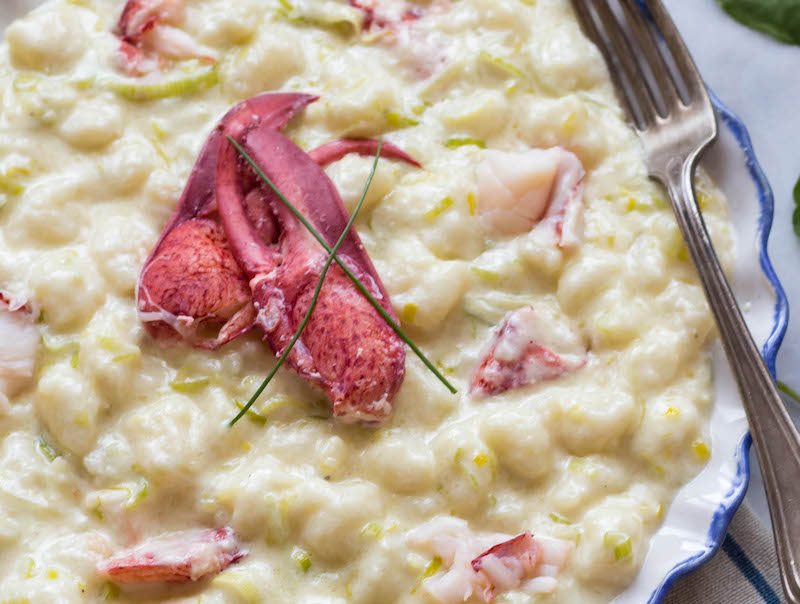 PARTNER POST: October is National Seafood Month, reinvent your recipes with new ideas of to feature potatoes and seafood in one dish.
Whip up this indulgent entree of soft, pillowy homemade potato gnocchi with succulent lobster, tender leeks and a silky cream sauce. 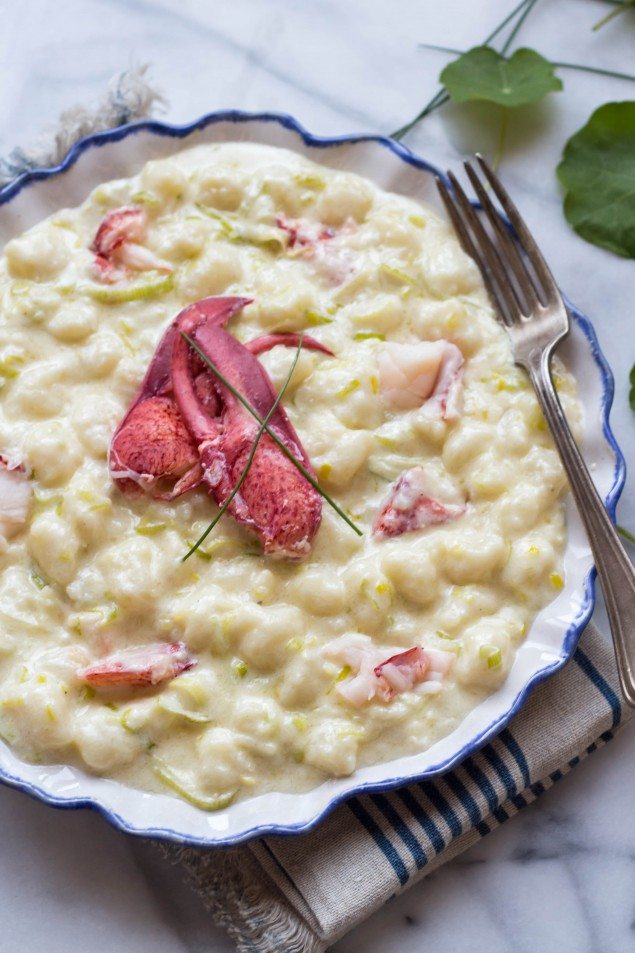 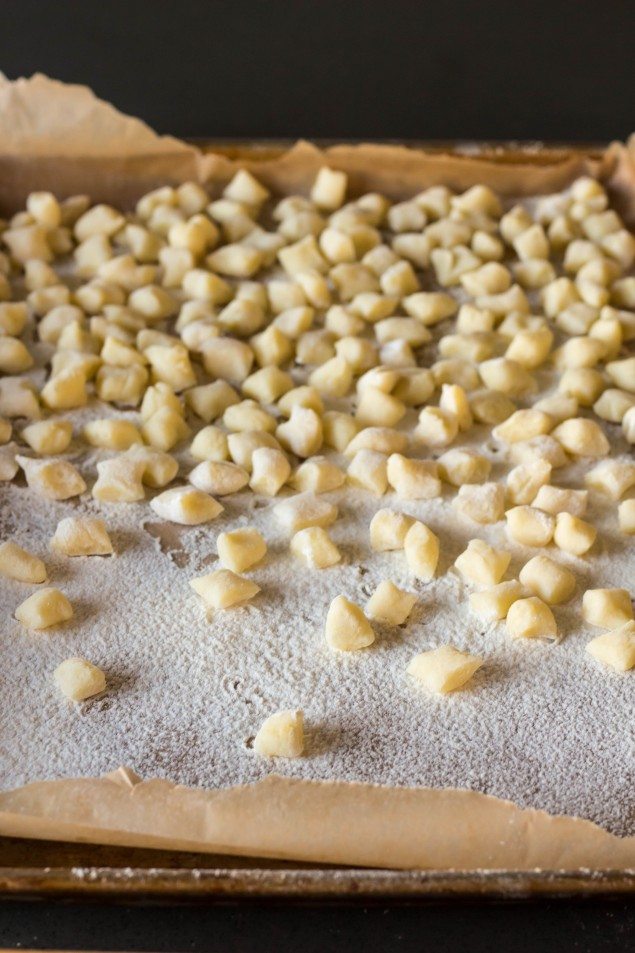 I had tried my hand at making gnocchi time and time again, and while they were always mostly pretty good, they were never restaurant-good. But that all changed recently when I stumbled upon a recipe on humble food blog by an Italian woman named Ilaria who claimed her gnocchi were light, not chewy, and the best ever.

Everything in Ilaria’s recipe was similar to how I had always made gnocchi, except for the addition of one key ingredient: potato starch. I couldn’t wait to give her recipe a try, and low and behold, her claim was right! The potato starch helps to prevent gluten formation and adds a certain lightness to the recipe that I just couldn’t seem to achieve no matter what I tried. Russet potatoes are key to making good gnocchi because they’re nice and starchy, as opposed to being waxy. Potatoes have a pretty poor reputation in the health world, but believe it or not, they’re actually packed with nutrition. One medium baked potato has only 110 calories, zero fat, zero cholesterol, and is chock full of potassium, vitamin C, vitamin B6, iron and fiber. Of course, when mixed with cheese and flour, then doused in a cream sauce, it certainly adds some calories to the equation. But hey, we’re still eating vegetables. 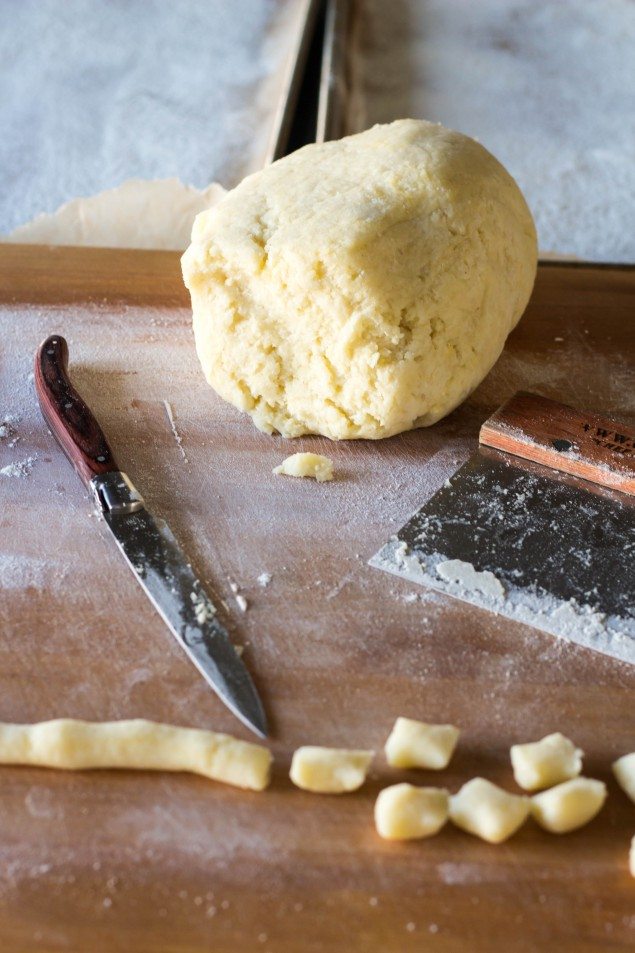 You can boil the potatoes, but I find it easier to bake them and then scoop out the flesh with a spoon. This keeps them a bit drier, too, which in turn alleviates the need for adding too much flour, which can make gnocchi gluey. It’s important to knead the dough enough to make it smooth and cohesive, but it’s also important to not knead too much and overwork the dough. If you don’t knead enough and the gnocchi will fall apart when you boil them, but knead too much and they’ll be tough. It’s a balance, and you may have to try it a few times before you get it right. This happens to be true for all the best things in life. 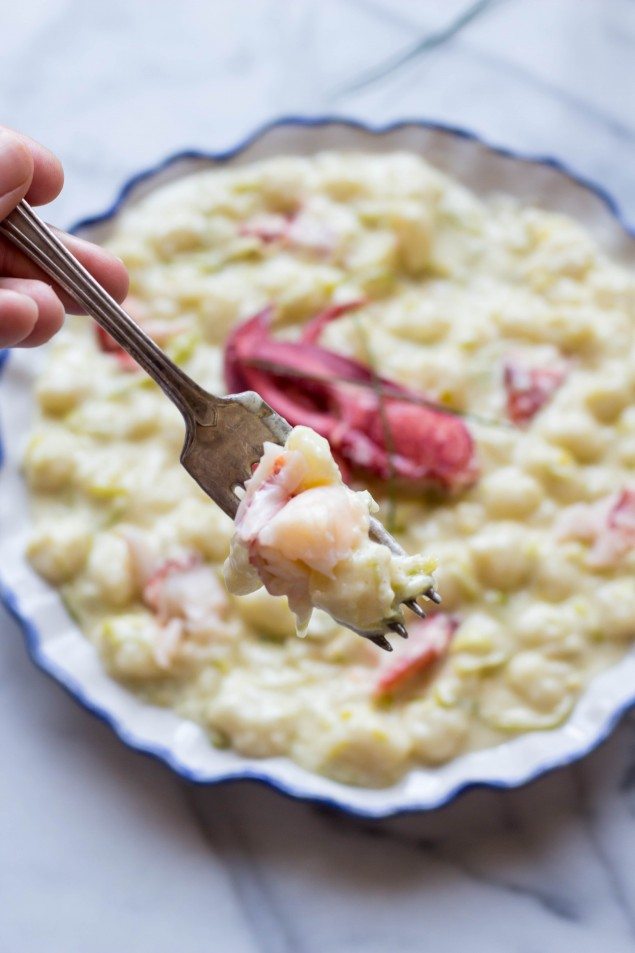 You can serve your gnocchi any way you want. They’re great with marinara, bolognese, or a simple brown butter sauce. But let’s go all out and dolly them up with lobster, leeks, and cream in honor of National Seafood Month. We worked hard to make them and they deserve the best! They do take some time to prepare, but boy are they worth it. 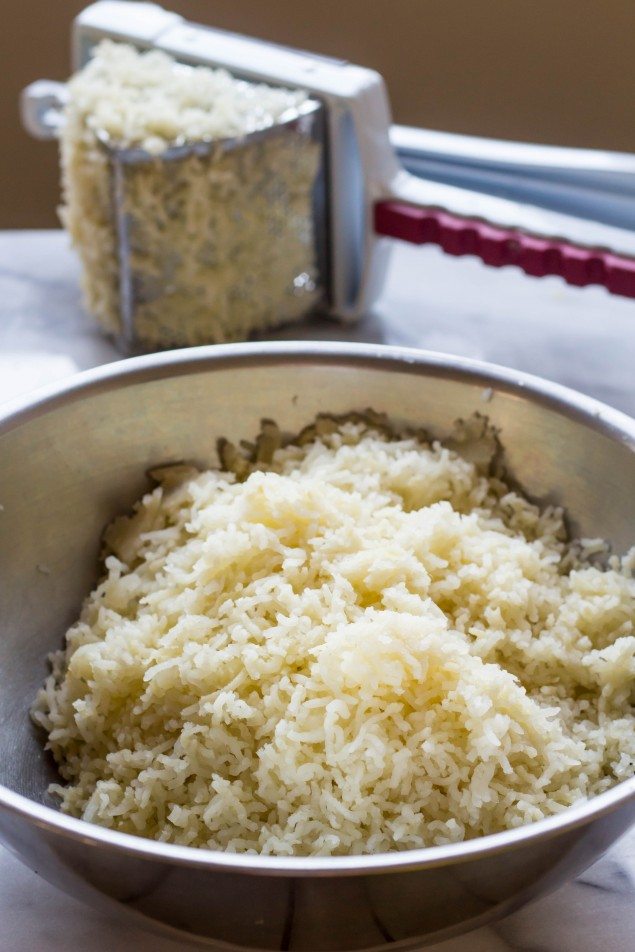 This recipe makes more than you’ll need, and the leftover, uncooked gnocchi freeze up beautifully. Just leave them on the sheet pan, freeze, then transfer to a zip-top bag. I like to make a whole bunch at once, and then keep them in the freezer for easy meals on the fly. The gnocchi can be boiled straight from the freezer and will be ready to eat in minutes. 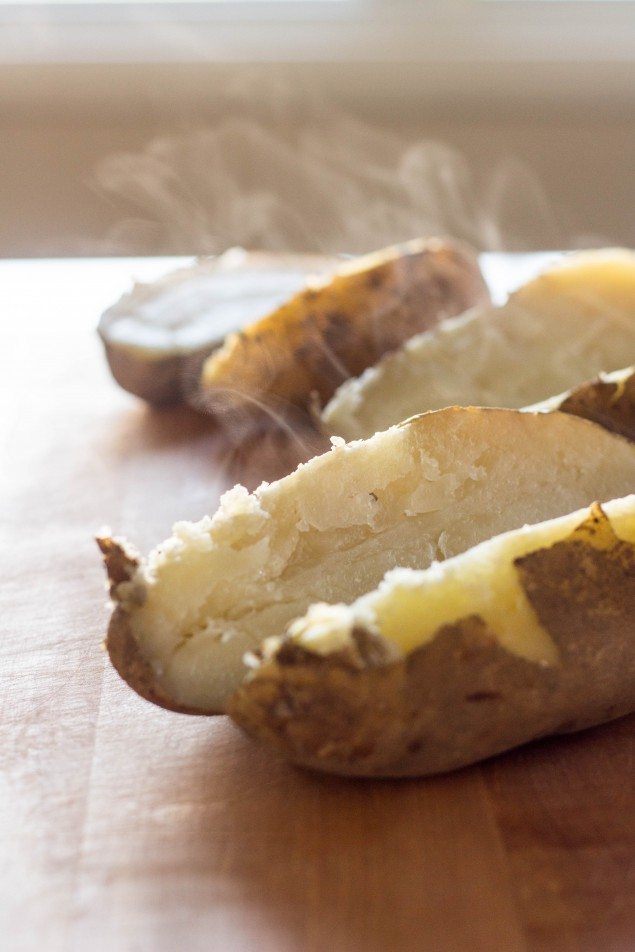 For another delicious seafood recipe, try this. Click here for the Potato Farl recipe. 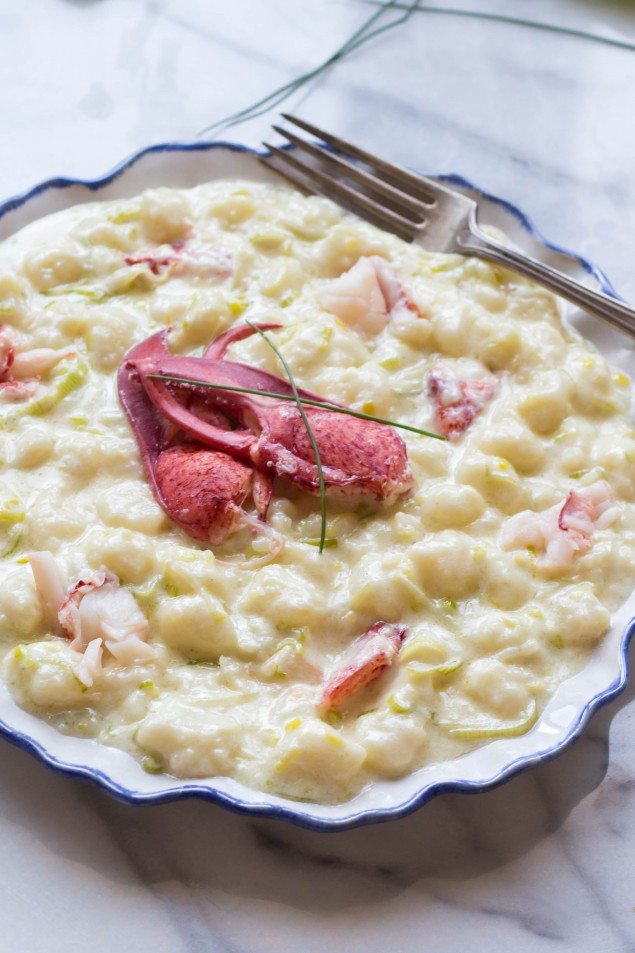 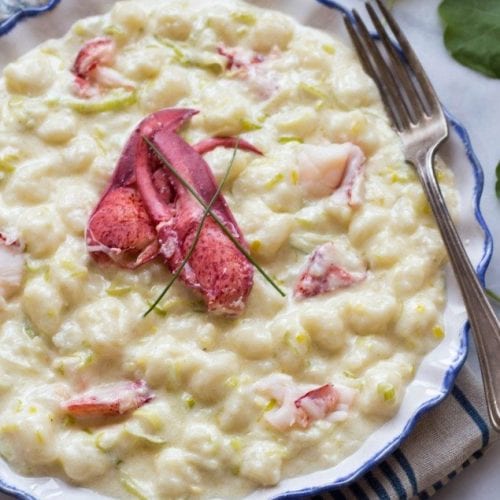 This recipe makes more gnocchi than you will need for the sauce. Either double the sauce and cook all the gnocchi to serve 4-6, or freeze the remaining gnocchi for another time. Adapted from Clara's Perfect Recipes
0 Comments
Nicole Gaffney October 25, 2016
Share
Tweet
Pin
Share