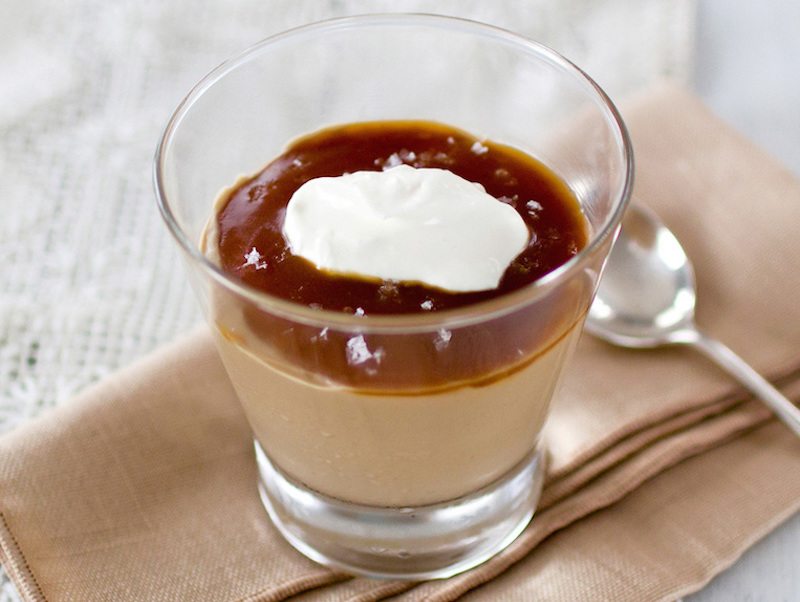 A creamy Italian budino pudding with smoky, caramel flavors is perfect to make ahead and enjoy with your guests later. 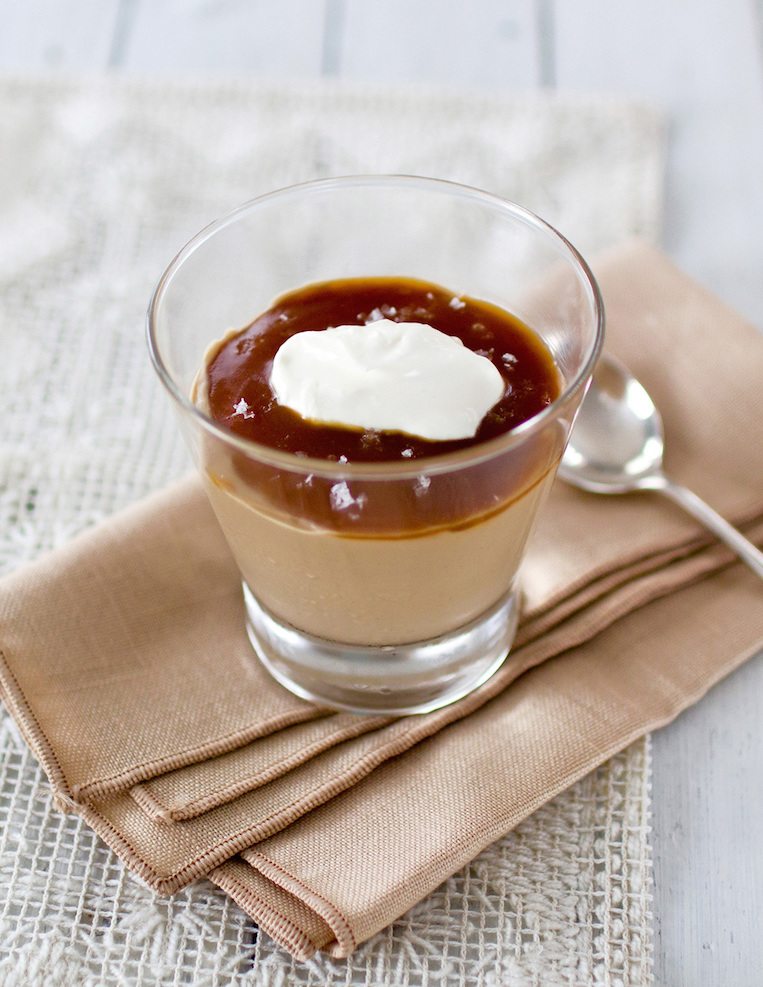 The recipe (adapted from James Beard.org) was easy enough to follow – the only challenge being that you have to make a caramel… twice. Now, I’m a dab hand at making caramel these days, but making a caramel with dark brown sugar is pretty darn tricky. You don’t have the usual visual cues of the mixture turning brown. And, if you use dark muscovado sugar as I did, it’s even worse. If you can’t see the change, then you’re meant to rely on your nose and smell it as it caramelizes. But, given dark muscovado sugar already smells like caramel that was hardly helpful either! To be honest I wasn’t entirely sure when it was ready (LOL), but I figured I’d err on the side of caution rather than burn it.

As it turns out, I needn’t have worried – the end result was fantastico. A deeply smoky, surprisingly un-sweet, caramel custard topped with a rich buttery caramel sauce, flecks of crunchy salt and a dollop of smooth, soured cream. A spoonful of this, with its combination of sweet, sour, salty and bitter notes, leaves your taste-buds zinging. Not bad for a simple pudding and yes, as it turns out, worthy of all the hype.

Now, just a couple of notes: This is a great pudding to make ahead of time – I made both the custard and the caramel topping the day before and kept them refrigerated. Then I simply whipped up the cream at serving time. Secondly, the original recipe pairs the budino with rosemary & pinenut cookies. I personally didn’t make them, however if you want to, just refer to the original recipe via the link above. Enough said.. go try this baby out! 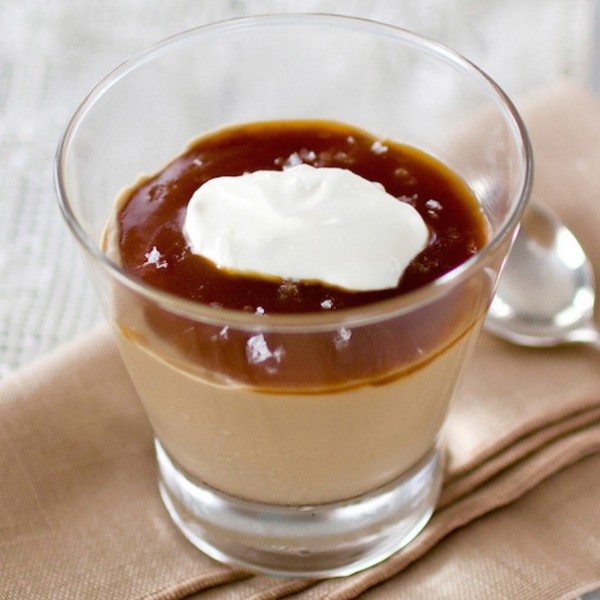 For the Butterscotch Budino

For the Caramel Sauce

For the caramel sauce:

Not From a Box: Butterscotch Pudding