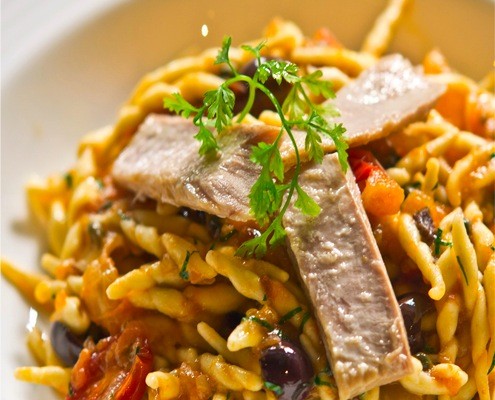 Alain Allegretti hails from a prominent culinary background developed in…

Chef Alain Allegretti reveals the recipe for  a wonderfully fresh mosaic of Mediterranean flavors, which has become one of his restaurant’s signature dishes.
By Alain Allegretti 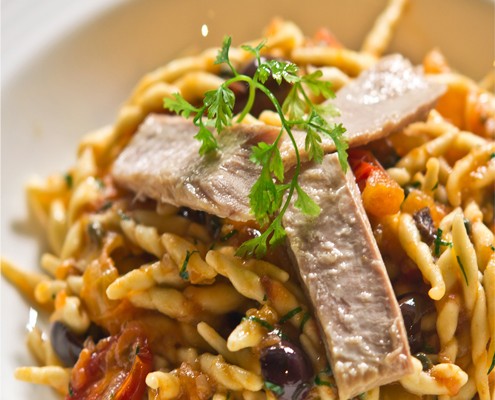 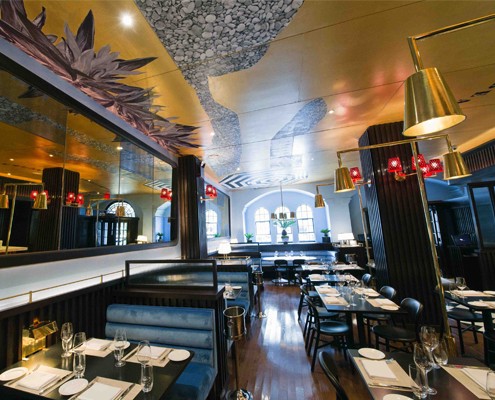 Since opening my newest restaurant, La Promenade des Anglais, in Chelsea NYC this past September this pasta has become one of our signature menu items.  Guests are always surprised by the amazing way that the homemade tomato sauce plays off the tuna.  This is also one of my personal favorite pasta dishes as it is a good mixture of both my French and Italian backgrounds, so the dish celebrates the flavors of The French Riviera, my cherished home.

Alain Allegretti hails from a prominent culinary background developed in kitchens across France and the United States. His cooking style pairs cultural influences from his home city of Nice with the guidance culled from famed chefs including Jacques Maximin and Alain Ducasse. Allegretti’s career stretches from helming the kitchen at legendary restaurants like the Ritz Carlton's Atelier to his own eponymous New York City restaurant. Allegretti’s most recent project is La Promenade des Anglais in Chelsea, a relaxed neighborhood restaurant that has allowed him to strip away the high end white tablecloths and have fun with his cooking. The flavors at La Promenade des Anglais are derived from the French Riviera, of which Allegretti digs deep into inspirations ranging from Italy, Spain, and North Africa.