A weeknight meal kicked up a notch with pasta tossed with creamy Burrata cheese, caramelized fennel, and shallots in a savory dish with subtle sweetness.
By Stephanie Kirkos 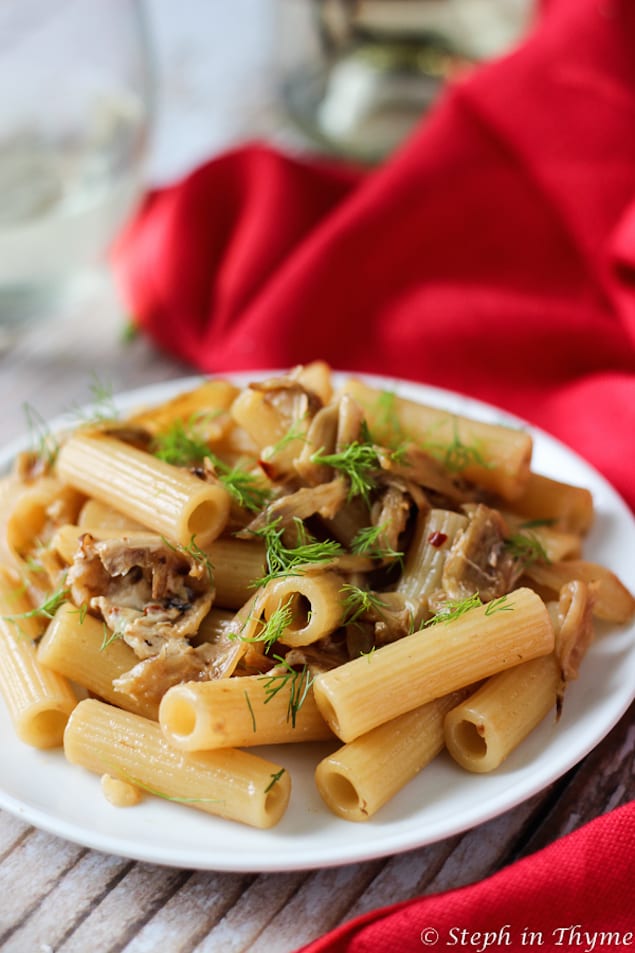 Fennel makes me SWOON. I know that’s a silly statement, but “like” and “I’m a fan” just don’t do fennel justice. Fennel continues to amaze me with its versatility. If you’re willing to try new things and get a little creative, you can never get bored with fennel. Raw in salads? Yes. Puréed in soup? Yes. Caramelized and melted with Burrata pasta? Oh my. 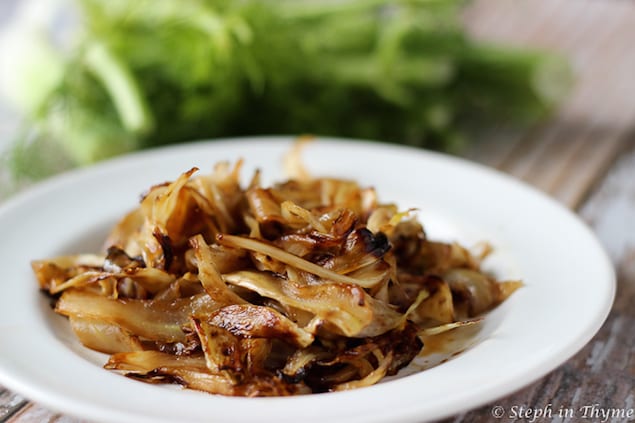 The result is a beautiful pile of caramelized fennel. It’s both savory and sweet at the same time. I could have easily eaten this entire plate without completing the recipe. Caramelized fennel would make an elegant addition to a cheese plate, garnish for a bed of roasted vegetables, or even sandwiched between raspberries and brie for an gourmet grilled cheese. 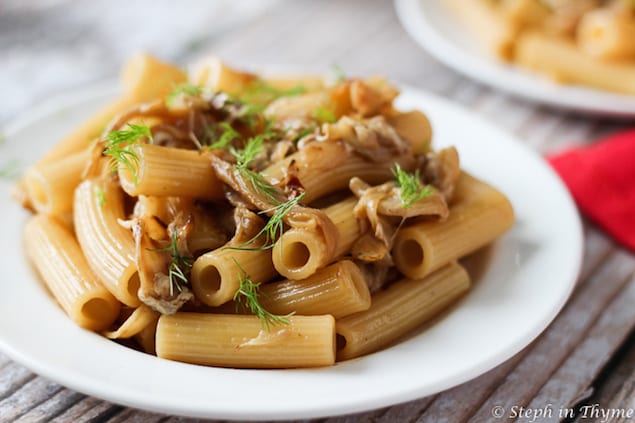 In addition to the fennel caramelized in maple syrup, diced shallot is also cooked with a touch of maple syrup. Both are added to a pot of cooked gluten-free rigatoni with a bit of reserved, salted pasta water to help those caramelized juices stick to the noodles. Burrata – a heavenly combination of mozzarella and cream – melts quickly and clings to the caramelized fennel and shallots for a bite that is both sweet, savory, and creamy at the same time. Swoon, indeed.