Filled with cinnamon apple butter, these soft cinnamon rolls are only improved when glazed with a bourbon caramel sauce.
By Renee Sitavich 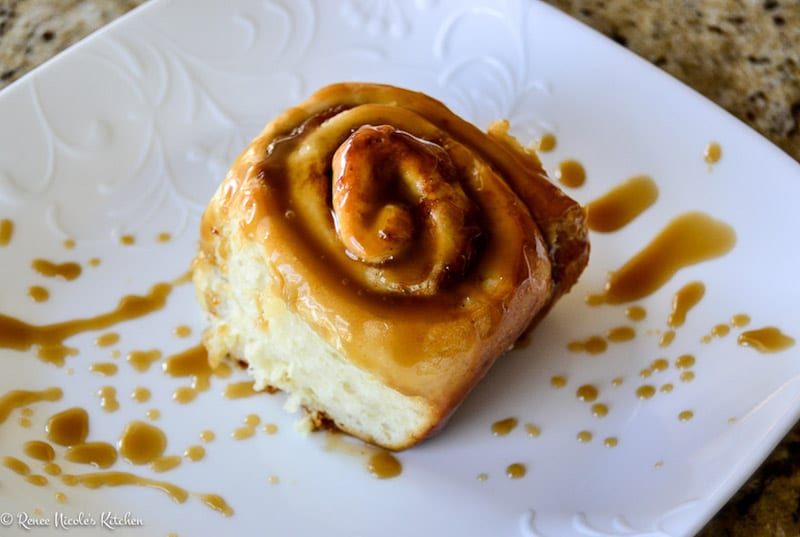 Bursting with warm flavors, these apple cinnamon rolls are the perfect start to any cold day.

Dripping with caramel sauce and crammed full of apple cinnamon goodness, these cinnamon rolls will quickly become your go-to recipe for a sweet cinnamon roll treat. The dough is soft and slightly sweet. The filling is rich and buttery. The topping guarantees you will get your fingers sticky. All in all, they satisfy all of my requirements for a perfect cinnamon roll. 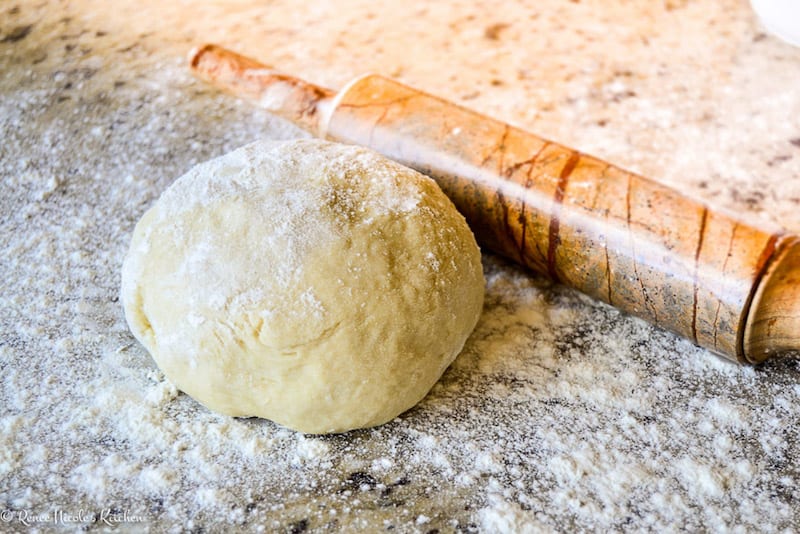 These cinnamon rolls come together fairly quickly and easily. The key to getting them just right is allowing the dough enough time to rest and to rise. If you try to rush it, you will get dense, tough rolls that can be difficult to chew. Pay attention to the temperature in your kitchen and remember that yeast will work only on it’s own time. 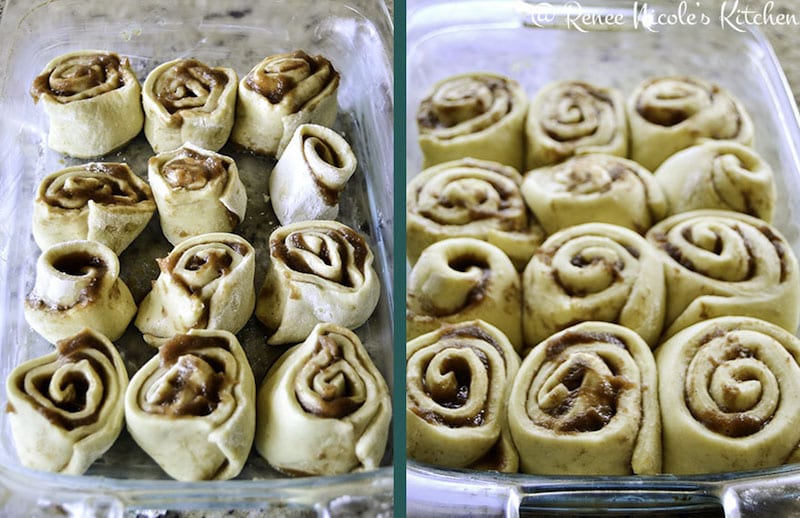 After baking, the tops will turn a beautiful golden brown color and your house will smell like a bakery. Don’t those look yummy?! Let them cool in the pan while you make the glaze. You can use a simple icing glaze of powdered sugar and water, or even a cream cheese icing like those famous rolls from the mall. I, however, decided to go with my bourbon caramel sauce, the one I shared with you for the Apple Crumble last month. See the recipe here. 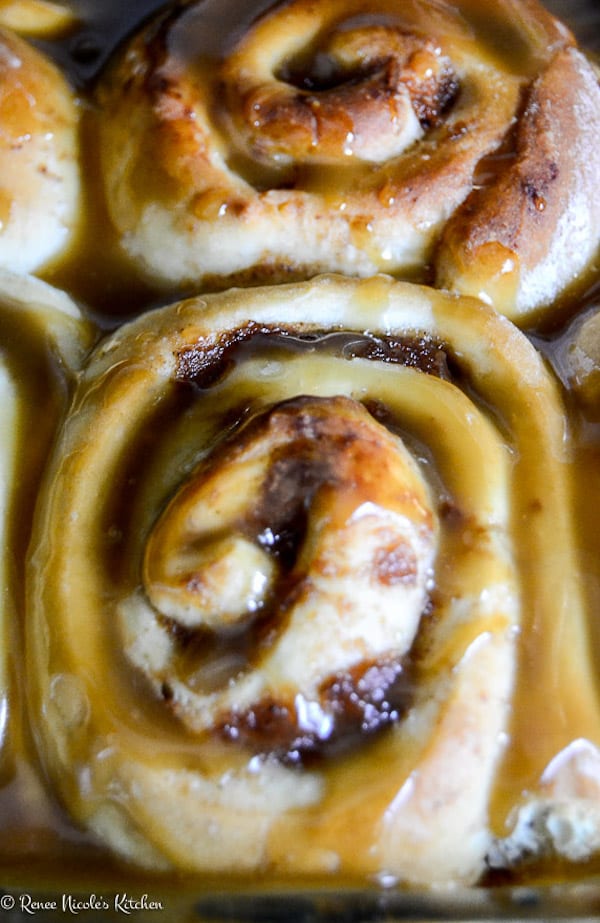