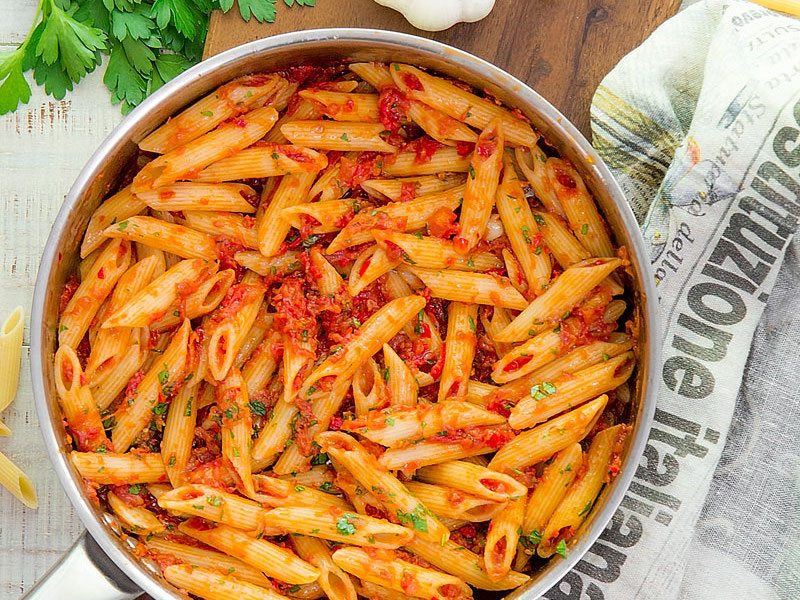 Arrabbiata is one of the simplest Roman pasta recipes, and it is so delicious. The secret of Arrabbiata is the balance between the fresh taste of tomatoes and parsley and the spiciness of chili peppers. 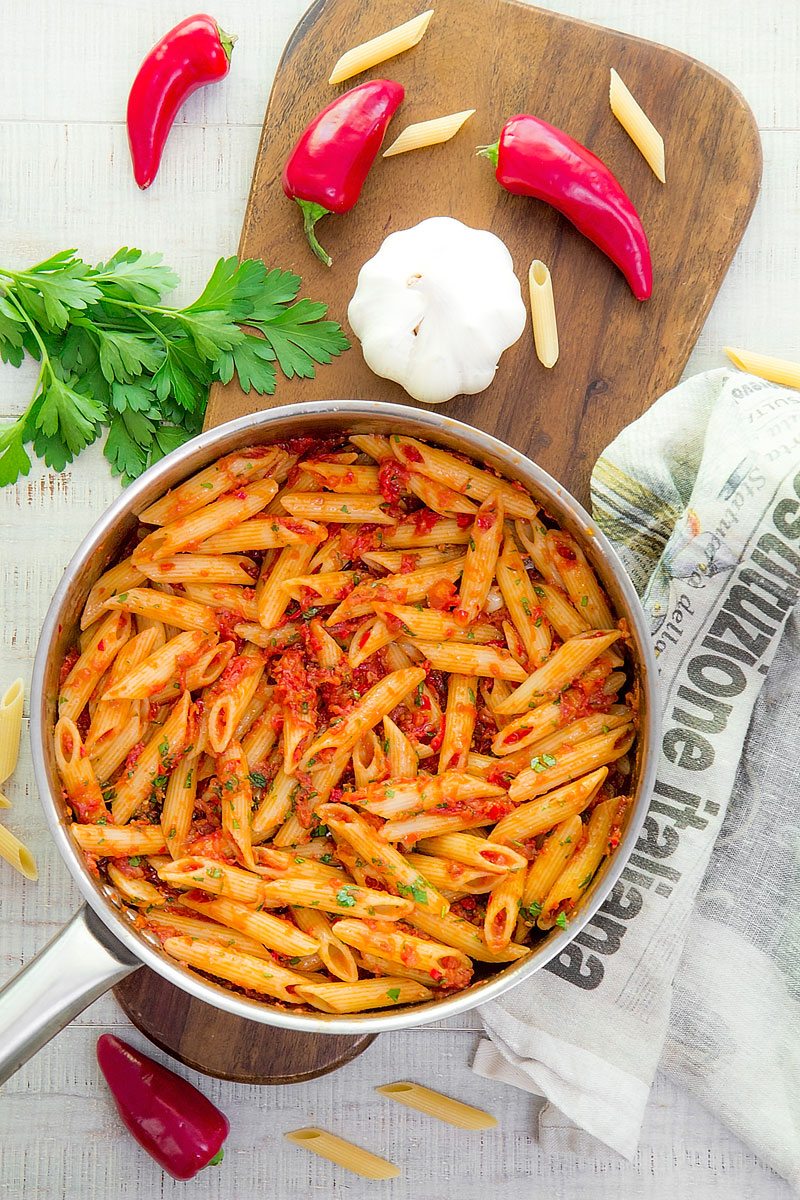 The Arrabbiata sauce is a traditional recipe of the Roman cuisine become famous worldwide thanks to its simplicity and tastiness. Like the Spaghetti Aglio e Olio and the Puttanesca Sauce, the Penne all’Arrabbiata is an Italian classic to prepare at the last minute with common Italian ingredients: just the time to bring the water to boil and cook the pasta!

The term Arrabbiata, that means “Angry”, derives from the extreme spiciness of the sauce and the flushing that it provokes once eaten, looking like in a rage! The Penne all’Arrabbiata are so into the Italian culture to be mentioned in several classic movies, for instance “Roma” by Federico Fellini and “La Grande Abbuffata” by Marco Ferreri. 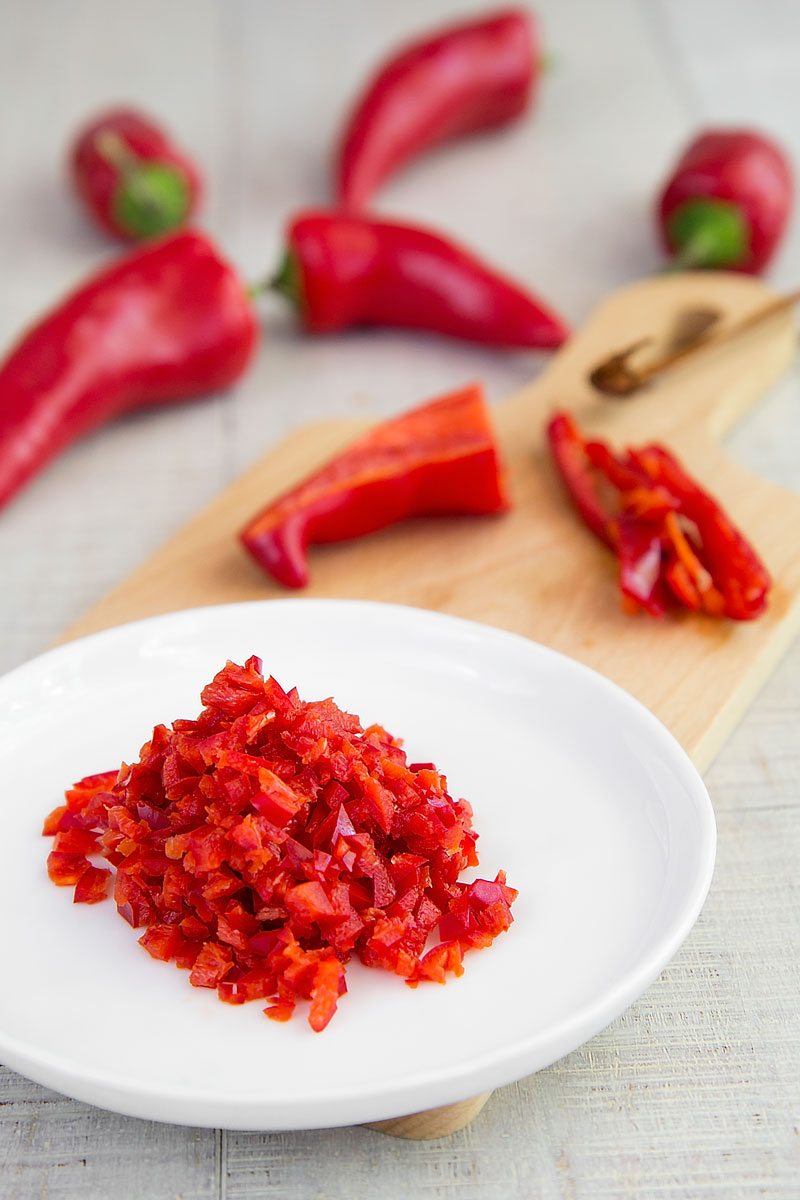 The legend tells the Arrabbiata sauce was born in Rome between the XIX and the XX century. Someone thinks the Arrabbiata derives from Amatriciana and requires Pecorino, but most chefs prefer to prepare the traditional Arrabbiata without any cheese, to respect the freshness of the tomatoes and parsley.

Here some tips and suggestions to prepare Penne all’Arrabbiata to perfection:

FRESH TOMATOES – Incise the tomatoes skin, then boil them into salted water, and discard skin and seeds eventually. For the complete process, click here.
TOMATO PUREE – Use a very good quality tomatoes puree or try my homemade recipe. The tomato pure does not indicate in case of Arrabbiata Pasta Salad.
SAN MARZANO CANNED TOMATOES – Raise the tomatoes from their liquid, then chop them roughly and pour in a bowl along with a pinch of salt.
HERBS – the best herbs to use it is absolutely fresh parsley finely chopped and added at the last time.

RED HOT CHILI PEPPERS – Here the question is Dried or Fresh? The tradition wants fresh red chili peppers: they give the right sweet and spicy taste. If fresh chili peppers are not available, use dried peppers along with a pinch of sweet paprika. The amount is personal: just how much you can take!

CHEESE – As I said Pecorino it’s absent into the straight traditional Arrabbiata, but some prefer topping the dish with a sprinkle of Pecorino cheese.

PASTA – The only traditional shape of pasta is Penne, but the Arrabbiata sauce pairs perfectly also with other short pasta or spaghetti.

LEFTOVERS – The Penne all’Arrabbiata is also an excellent pasta salad serving at room temperature and tossing with a splash of extra-virgin olive: delicious! 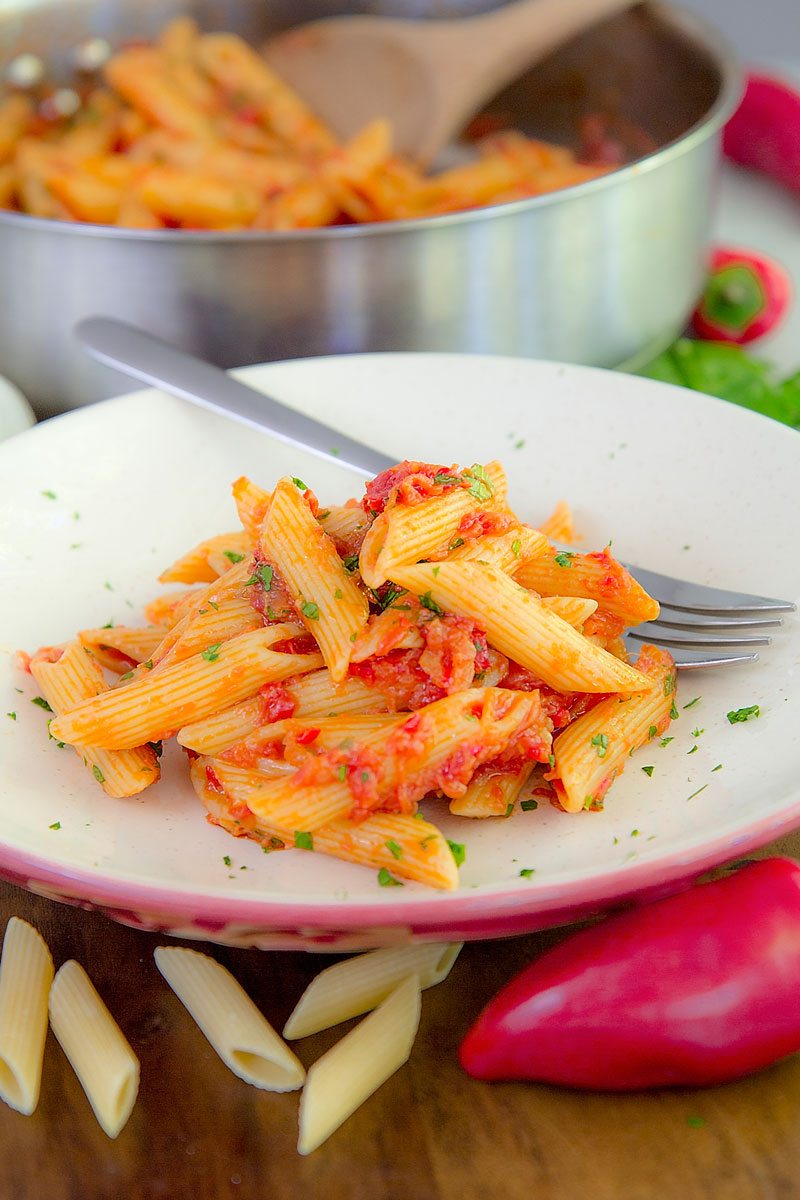 In my research, I found an interesting Arrabbiata recipe by Ada Boni one of the most famous Italian food writer and influencer of the early XX Century. Her Penne all’Arrabbiata recipe, published for the first time in 1929 on the cookbook “Il Talismano della Felicità”, is very different from what is nowadays considered traditional.

The Ada Boni Arrabbiata Sauce is made with ingredients far from the tradition, like onions, Diced Prosciutto, and plenty of Pecorino Romano. I tried the Ada Boni recipe, and in my opinion, it is delicious and interesting, but very different from what usually an Italian calls Arrabbiata. 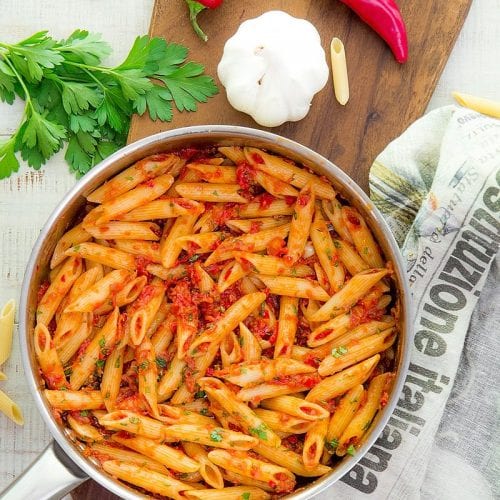