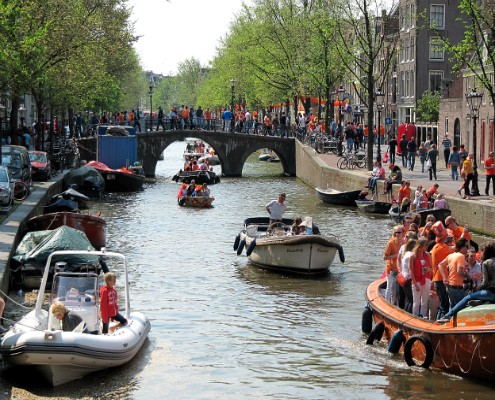 Mexico On My Plate: An Introduction

How serendipitous that my first trip to Amsterdam coincided with the celebration of Queen’s Day: the national holiday celebrated on April 30th to commemorate the (former) Queen’s birthday. By far the most widely celebrated holiday in the Netherlands, we saw remnants of orange regalia biking through the countryside days later, festivities in Amsterdam draw comparisons to Mardi Gras and New Year’s Eve in Times Square. Preoccupied with Queen’s Day revelry, I found myself boarding the barge for the Cycletours Bike/Barge tour which brought me to Amsterdam in the first place, having missed the local culinary delight known as Broodje Haring. 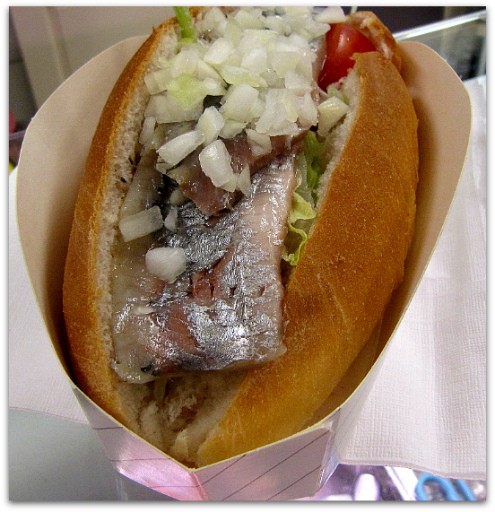 While we stopped in numerous picturesque towns, pit stops along our biking routes left little time for culinary exploration… until we set port in the picturesque seaside village of Zierikzee. And, what better place to experience my first Broodje Haring (raw herring in a roll) than in Zierikzee, a fishing village in Schouwen-Duiveland  in the southwestern Netherlands. In Amsterdam you can buy the small fish from street carts where its served with onions and pickles or on a soft roll as a broodje and, if you want to experience culinary Amsterdam, should not be missed. 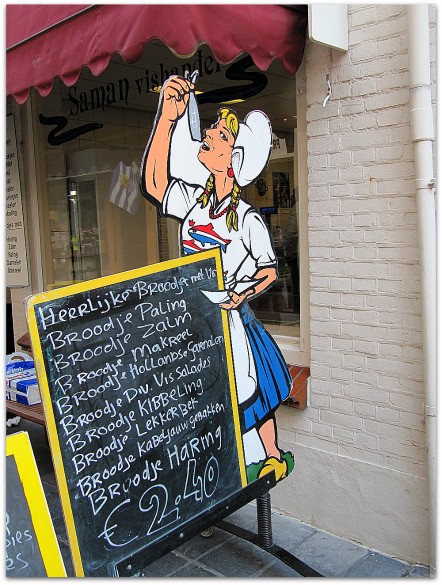 My biking buddies were well aware of my mission and when the bright kitschy signage at the fishmonger Saman Vishander caught my eye their curiosity was kindled, too. I chatted with two gentlemen who were paying for their broodjes and quickly made my purchase so we could head to the waterfront to bask in the waning northern sun and rehydrate after a strenuous day’s bike ride over the dikes and dams of the Delta Works project of the Zeeland Province. 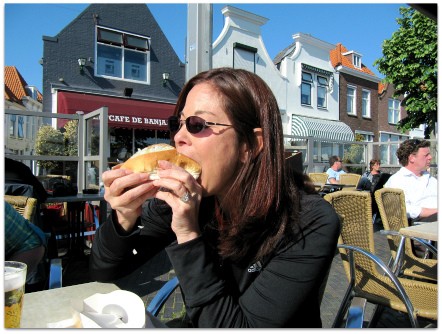 More than a mouthful! Unlike sashimi, it has a salty, creamy texture that doesn’t taste at all like raw fish. Try it if you’re ever in Amsterdam or the Netherlands. 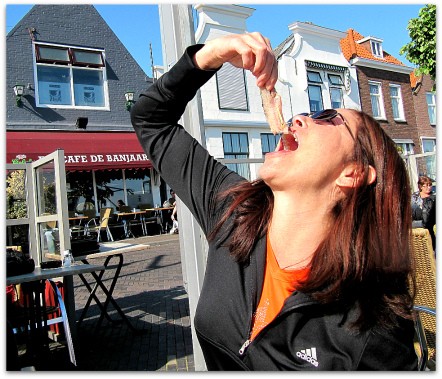 Providing entertainment for the other restaurant patrons: as the fishmonger’s sign depicts, eating the tiny herring in the traditional way.

Nowadays, street carts serve herring cut into smaller fillets, topped with onions and pickles with a toothpick to consume it more delicately!