Today is St. David’s Day, and since St. David is the patron saint of Wales, Ruby Moukli celebrates with a classic Welsh tea cake.
By Ruby Moukli

What do you know about Wales? If you’re not British, then the answer is probably ‘not much’. Take popular culture as an example. Hollywood waxes poetic about the Scottish highlands, the English countryside and London fog. But can you name a single major motion picture set in Wales? And yet Wales, with its Black Mountains, sandy beaches, sleepy villages and medieval castles, is nothing short of a living, breathing movie set. 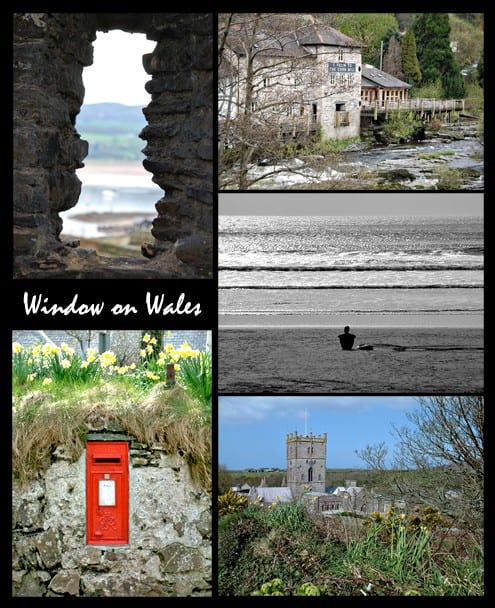 Wales is the smallest of the countries that make up Great Britain (the others being England and Scotland). In England it gets short shrift, often stereotyped as a ‘backwater’ bereft of cultural or economic value. What a shame. It’s true that Wales is economically depressed compared to the rest of Britain, mainly because of the decline of the coal mining industry. But the Welsh are a proud people and have made great strides toward rebuilding their economy based on tourism and the service industry. 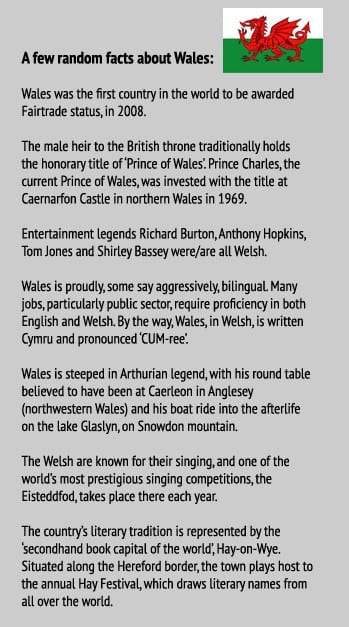 Growing up I was always curious about my Welsh heritage. Yes, I know I’ve said before that my mom was English but that’s only half true. My grandmother, with her telltale combination of dark hair, blue eyes and beautiful singing voice, has family roots planted firmly west of the border. And so, just as anyone with a drop of Irish blood will wave it in your face on St. Patrick’s Day, I’m going to flaunt my Welsh 25% today.

‘OK’, you say, ‘so why have you chosen today of all days to shove Wales down our throats?’ Well, because today is the 1st of March, St. David’s Day, and St. David is the patron saint of, yes, you guessed it, Wales.

Tradition would have you slurping a celebratory bowl of Cawl, a lamb stew or soup. But I think the name puts me off (I must be thinking of caul, but still), not to mention the lovely newborn lambs currently bouncing in the fields, so I opted for a more benign treat.

When visiting friends in North Wales last year, my kids fell in love with Bara Brith. The name means ‘speckled bread’ in Welsh and that’s pretty much what it is. Bread speckled with dried fruit. You’ll find it either baked with yeast or as a quick bread. I’m averse to yeast, so I make the quick bread version and it’s lovely. There’s no added fat beyond the one egg and then flour, fruit and tea. Some recipes include jam or marmalade, and a great deal of the flavor comes from the mixed spice, which is a common ingredient in Welsh baking. And because there’s no butter or oil in it, you can feel free to spread a thick slice with butter and enjoy it with a cup of tea while you plan a visit to Wales.

4.0 from 7 reviews
A Bite of Britain: Bara Brith