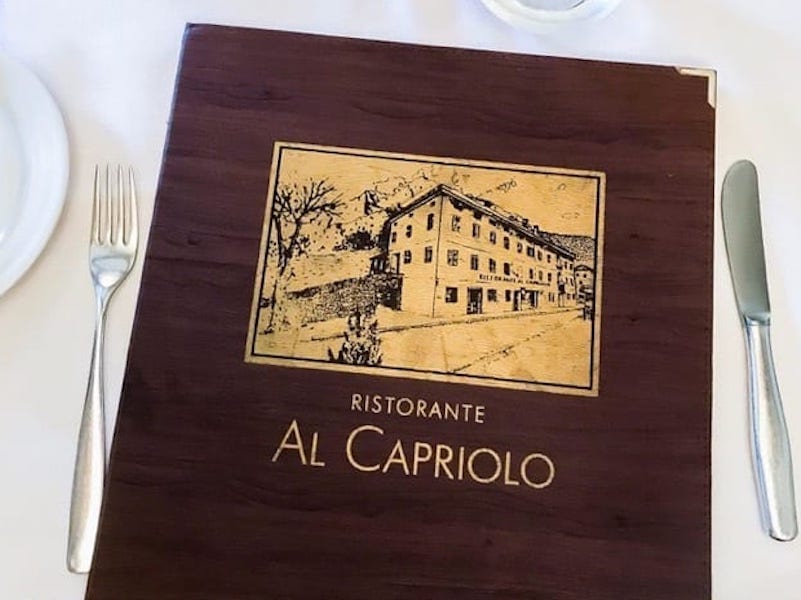 There’s a long history behind Ristorante Al Capriolo, 168 years in the same family and still counting. It started as a postal office in the Dolomites, a fundamental part of the town in the year 1850 when postal offices were used not only for postal services but also for lodging, eating and changing of horses for the transit of travelers along the Habsburg – Alemannia Road that connects Venice with Bavaria crossing the Dolomite mountains. 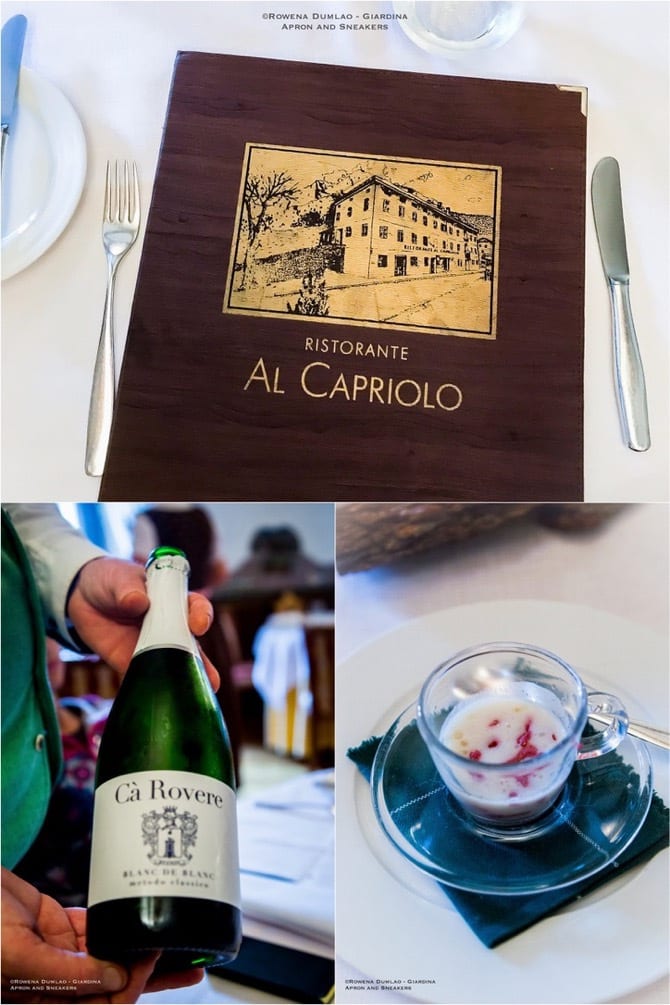 Ristorante Al Capriolo is located along the main road of the town of Vodo di Cadore, in Italy. From its conception as a postal office in the mid 19th century, it has always been owned and under the care of the Gregori Family. The transition to a restaurant started with the present owner’s grandfather Pietro when he went back to Vodo di Cadore and reopened the place in 1950 as an inn and restaurant after remaining closed between the two wars. After having learned culinary techniques from his uncle who was an important chef in Prague, Pietro applied what he had learned to the restaurant on top of his passion for cooking and hunting.

In the 1970s, Pietro’s son, Giacomo and his wife Marina took over the business, and they evolved towards a chic ambience and with that metamorphosis, the sophisticated clientele holidaying in the nearby Cortina d’Ampezzo started arriving. In the year 2000, Giacomo and Marina’s son, Massimiliano, took over the reins of the restaurant after experiences as a maître d’hôtel in some parts of Italy, as well as England and France.

Al Capriolo remained focus in maintaining the traditional kitchen of the area and it became known for it.

In the kitchen is Chef Francesco Paonessa whose kitchen abides by the tradition of the place with occasional creative touches. The ingredients, vegetables, meat, cheese and salumi, are sourced from a chosen circle of organic suppliers of the Dolomites. It’s a peek at the genuine tastes of the Dolomites with a brush of modernity. It doesn’t stray away from the flavors that you are expecting from the place but it enlightens your interest with the refreshing twists of the chef. 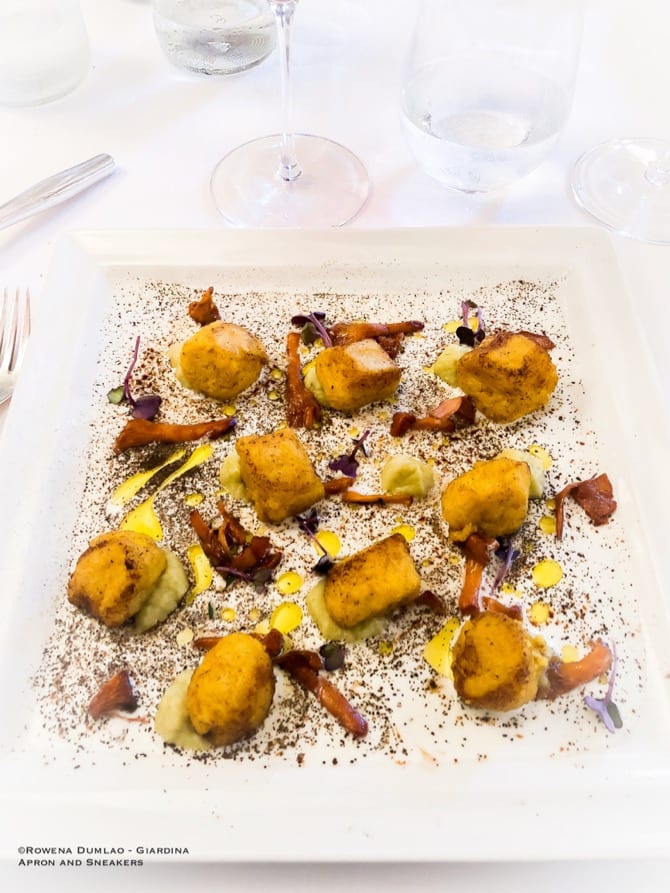 Being a centuries-old building, Ristorante Al Capriolo reflects rooms with elegant alpine decors, reminiscent of a refined hunting lodge. It is divided into two restaurants with the same management. Upon entry, the right side leads you to the rooms of Ristorante Al Capriolo while the left side of the entrance hall leads you to the Capriolino, a more casual restaurant for the ones who want a faster service with traditional dishes.

The prices of the appetizers are between €16 to €22, the first plates of pasta and risotto are between €18 to €22, and the main courses are between €26 to €40. There are two kinds of tasting menus of four courses at €62 and €68 while the tasting menu composed of six courses, Menù a Sorpresa, costs €88. The wine menu is ample with very good Italian and international labels. There is a possibility to pair the dishes with the sommelier’s guidance with 3 glasses at €18, 4 glasses at €24 and 5 glasses at €32. 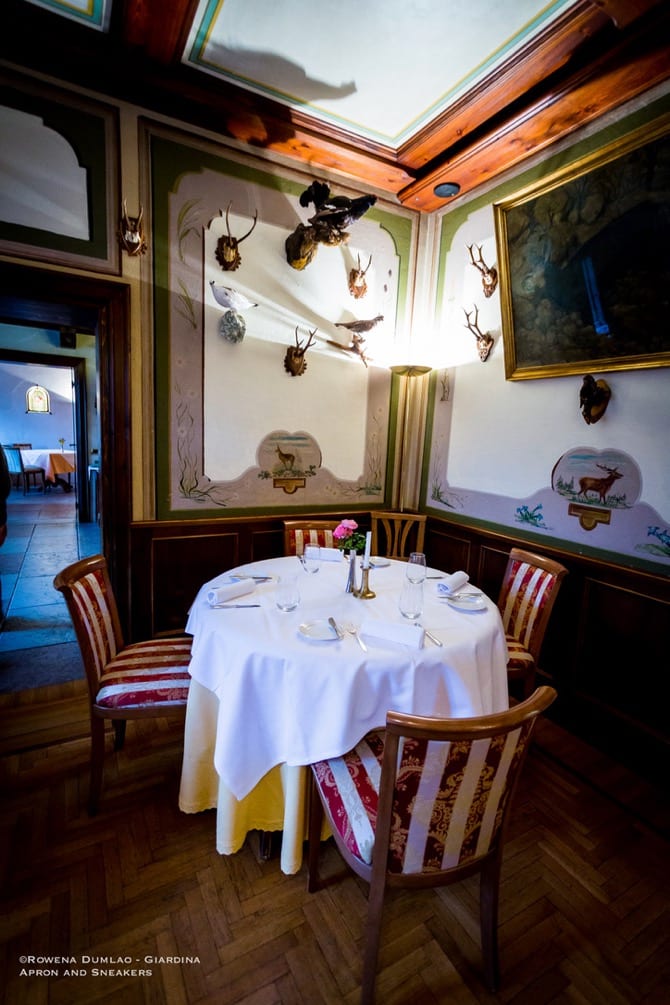