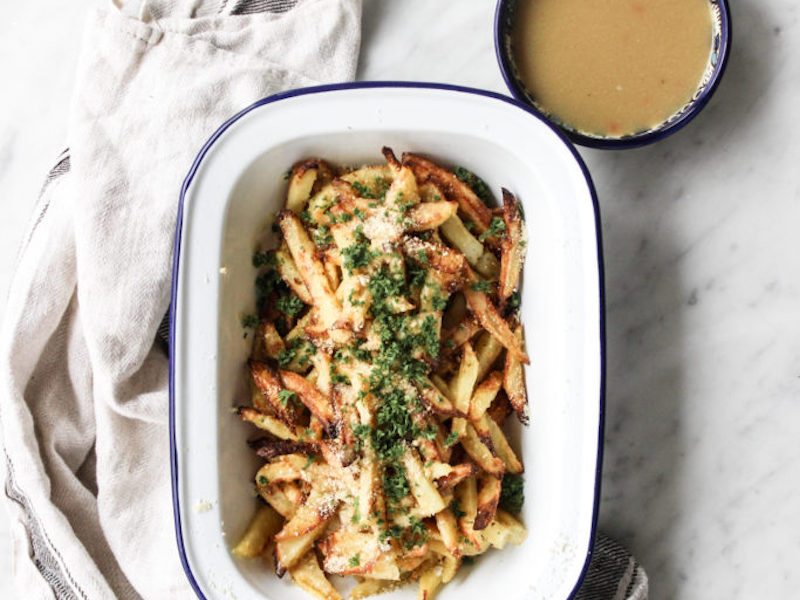 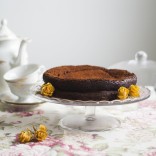 With a vegan gravy and a homemade vegan parmesan-like cheese made from cashews, these poutine fries are sure to satisfy. 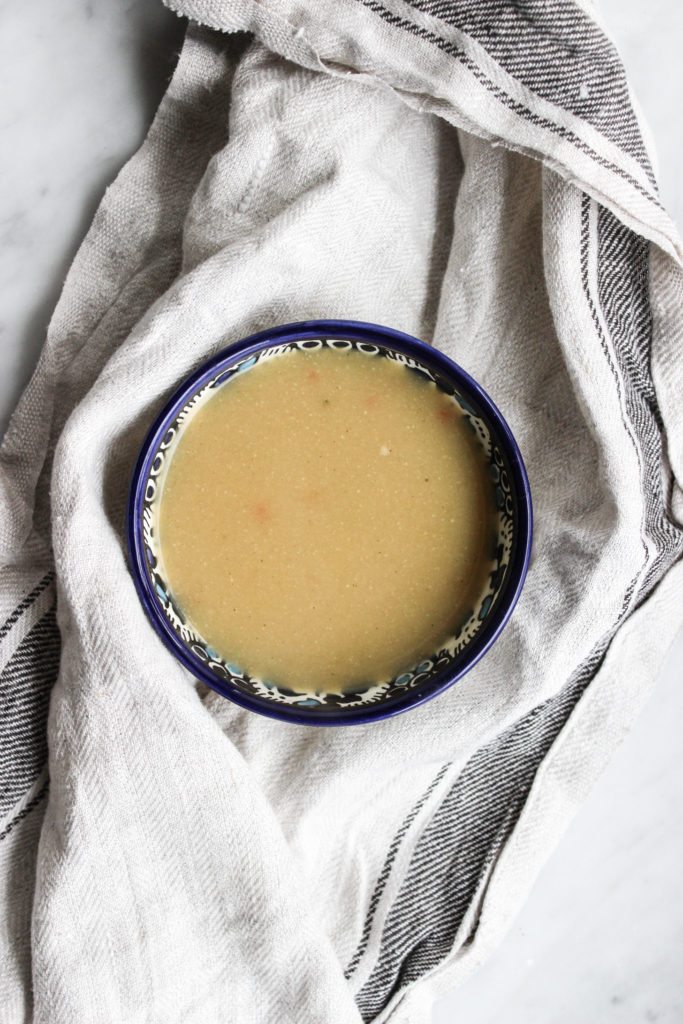 When we first started exploring Dubai, I noticed a lot of fast food restaurants serve something called poutine. I never heard about it before, but it looked so delicious, I really wanted to make a vegan version of it. Since poutine is made with cheese, I wanted to make a recipe for vegan cheese first. After quite a few failed attempts, I must admit, I am not impressed by vegan cheese. With one exception (so far!) – Vegan Parmesan Cheese. And after discovering an amazing mushroom-free gravy (Matej hates mushrooms), I decided it was time to make some Vegan Poutine!

Can you imagine right now the savoury and sweet taste of Parmesan Fries dipped into the creamy, salty gravy? To me it sounds (and tastes) like haven. I am a huge fan of fries, so it’s hard for me to be impartial, but for me this is the ultimate comfort dish. The rich flavours blend do perfectly in your mouth, it’s hard to stop eating them! This recipe has become one of our favourites as it transforms the plain fries into something wonderful! And even if we don’t always make the gravy, we now almost every time sprinkle some Parmesan Cheese on potatoes. 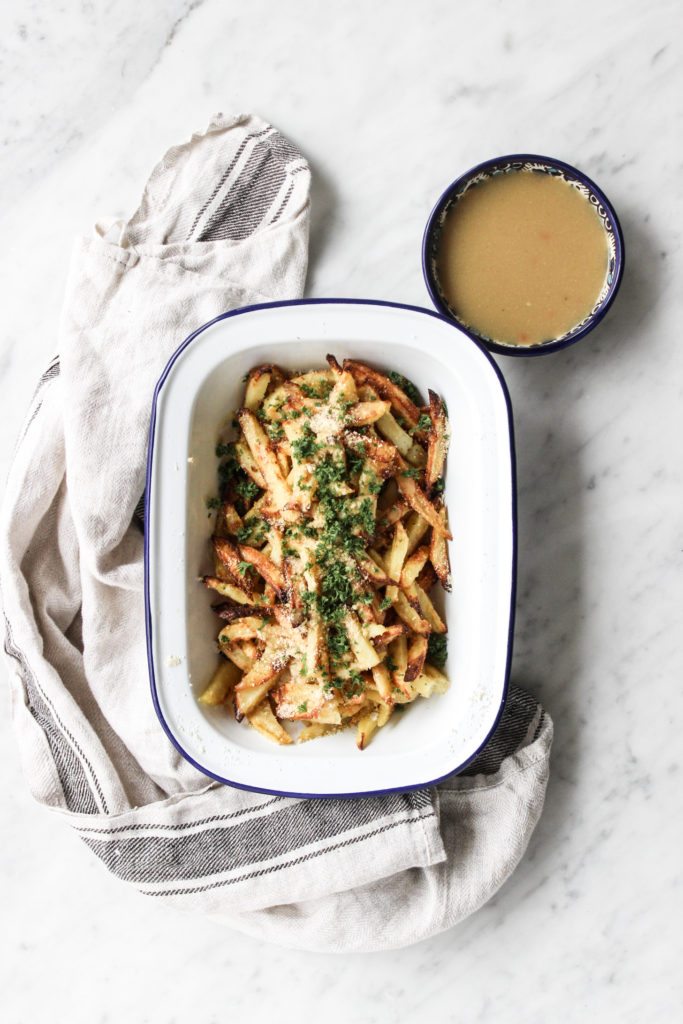 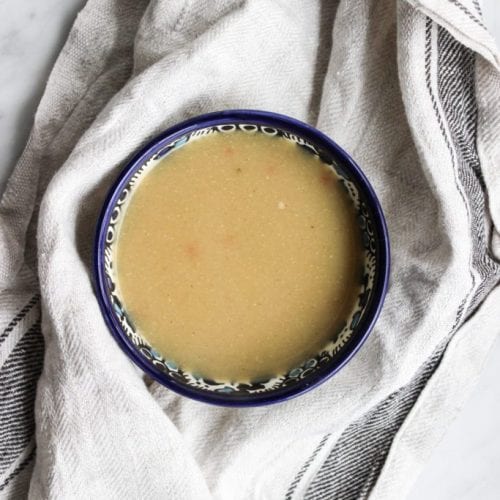 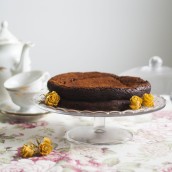