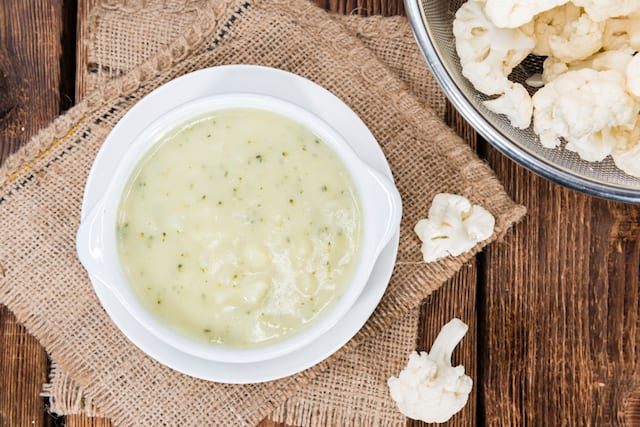 How to Make Potato Skordalia

Make this vegan soup with cashews or walnuts a day before to let the flavors meld and intensify for a truly rich spoonful.
By Carly DeFilippo 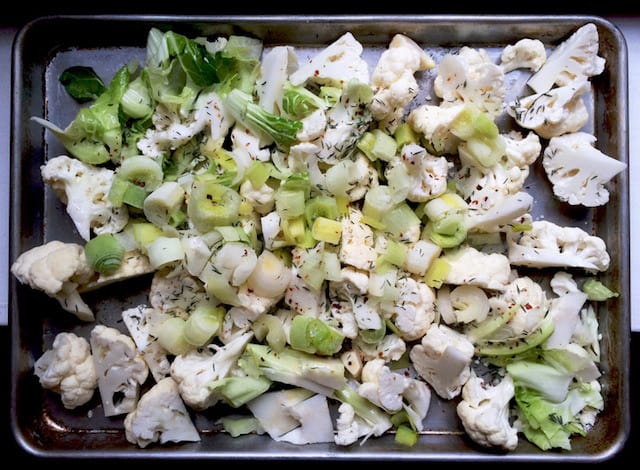 Among the many health-based food experiments I’ve embarked on, going vegan never really appealed to me. That said, I have a great respect for vegetable-focused, clean eating, so I enjoy experimenting with vegan recipes from time to time.

In any case, this recipe didn’t begin with any dietary ambitions. As with most things in my kitchen, it came from a desire to use the ingredients in my pantry in the most intelligent, no-waste way possible. So when I realized I had both a fresh head of cauliflower and 2 cups of frozen leeks (whenever I find leeks that are particularly long, white and lean I buy, chop and freeze them for future use), I suspected I might find a recipe to use both.

Cue Love & Lemons, whose roasted cauliflower and leek soup was already happily hanging out on my “soups + stews” Pinterest board. Chop, season, roast and blend—it was clearly my kind of no-fuss, one-pan/one-pot cooking. Based on the ingredients in my own pantry, I swapped in walnuts for the cashews and homemade preserved lemon for the fresh lemon. And, of course, I did my own thing as far as measurements because that’s the joy of savory cooking.

And when it was all over…I was less than impressed. The robust flavor I had been expecting just didn’t seem to have shown up at the party. But, of course, I was going to eat the soup for lunch all week, because that’s what responsible cooks do. Then…the next day when I heated the soup up for lunch, something magical happened. There was bold cheesy flavor in my soup. Overnight, in the fridge, the complexity of this concoction had mysteriously turned up the funk about ten notches. At that moment, I finally understood how some people could get addicted to nut-based, vegan cheese—though I suspect the paprika is also a key player in the funkification of the recipe below.

Anyway, here’s my take on the recipe.

Carly DeFilippo
Make this vegan soup with cashews a day before to let the flavors meld and intensify for a truly rich spoonful.
Print Recipe Pin Recipe
Course Main, Side, Soup
Cuisine Vegan

You will need either a very powerful immersion blender or a Vitamix for this soup to be successful.