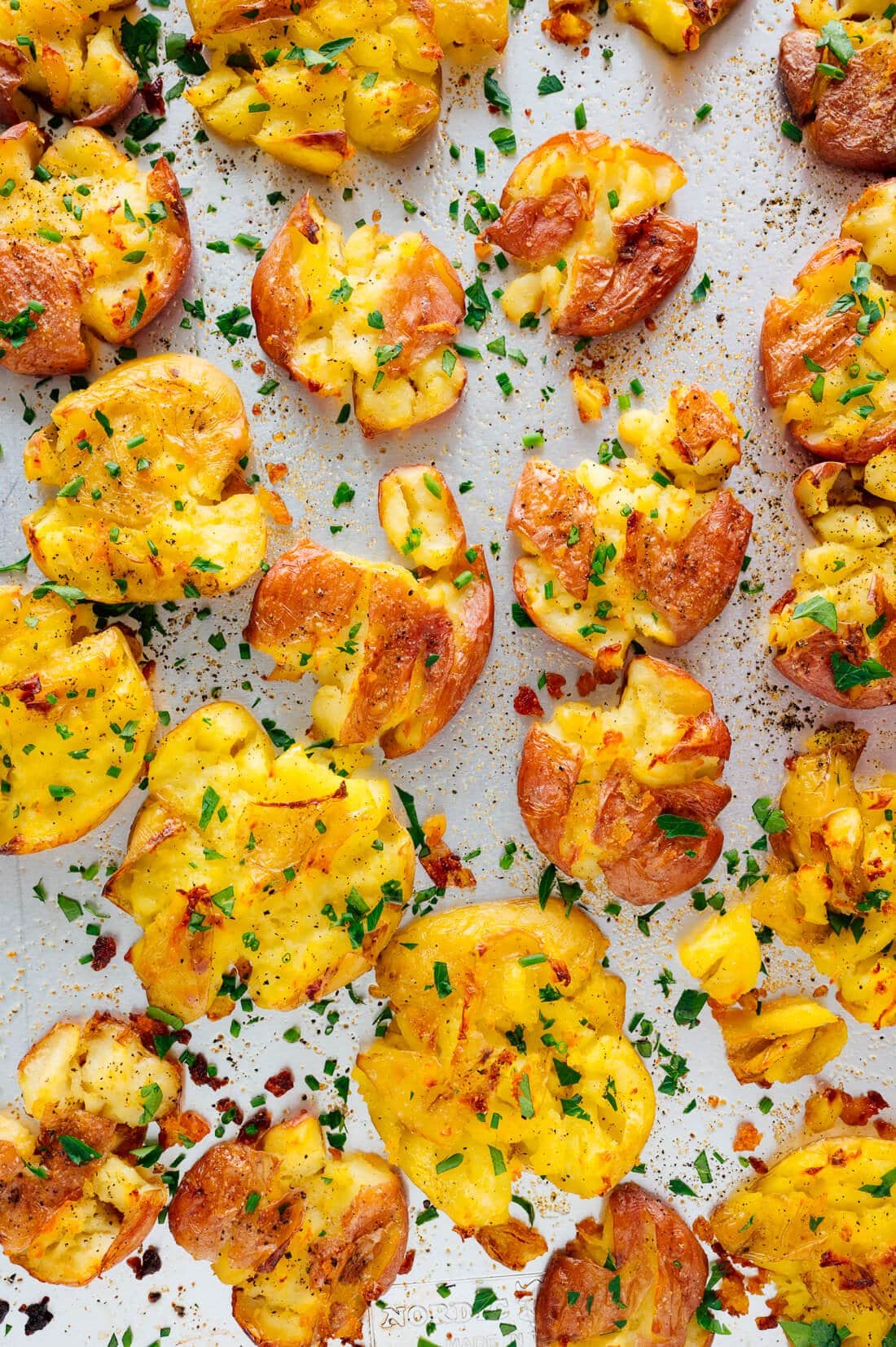 It’s official. Smashed potatoes is my favorite accoutrement to almost any protein. Roasted until perfectly crisp on the outside, salty, with a little hint of garlic and herbs, and mushy, moist on the inside. Flavors that make up the almost perfect side dish. It’s like the love child of mashed potatoes and French fries.

But what are the secrets to that P E R F E C T smash? Let me tell you, because it’s real simple.

1. Use small potatoes, and for the love of God, don’t peel them. This perhaps goes without saying, but I’ve seen some disturbing recipes where people peel the potatoes. Don’t, the peel is what keeps the potato together, and it actually significantly adds to the crispiness.

2. Let the potatoes rest a bit after boiling and smashing. This contributes to the crispy surface, as the crust of the potato dries out after the boil.

3. Use butter. I love olive oil, and I actually use a little bit in this smashed potatoes recipe – but BUTTER is the secret to ultra-decadent crispy potatoes. (Don’t OVER-butter the taters though) And yes, if you want to make this vegan – I’ll allow you to stick to all olive oil.

4. Side note, you can play around with almost any herb or spice you like. Smoked paprika? Sure! Thyme? Absolutely! Rosemary? Chives? Black pepper? Hell yeah! Cumin, chili flakes and BBQ rub are other favorites.

OK, let’s get to the recipe. 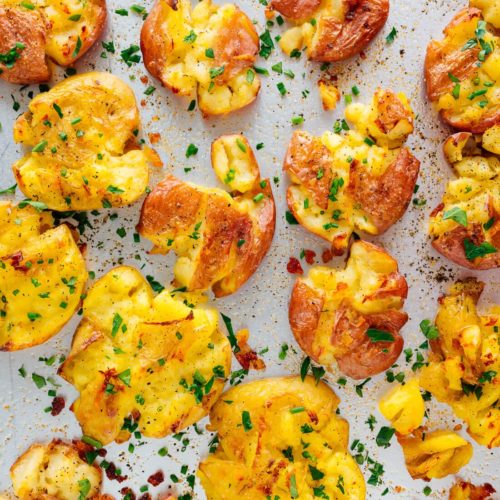