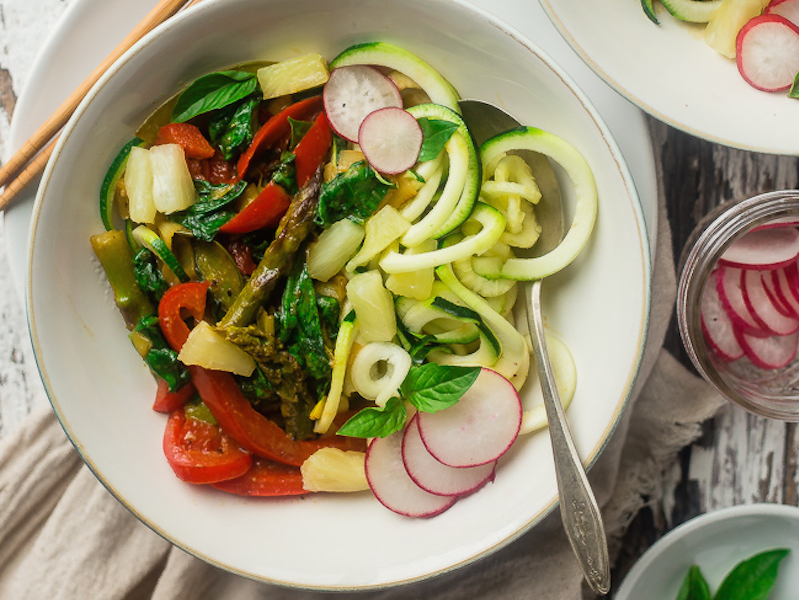 These easy, vegan and paleo-friendly bowls are made with pineapple, spring veggies, zucchini noodles and a creamy green coconut curry sauce. Perfect for a delicious meal! 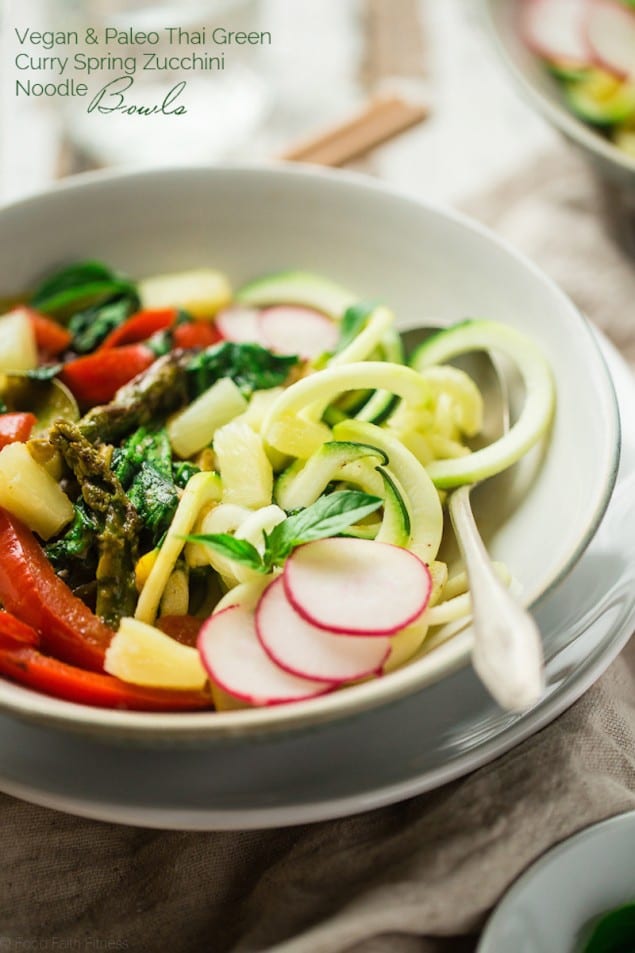 A bowl of straight-up spicy sweet deliciousness being delivered RIGHT to your veggie-munchin’ mouth today.

Seriously. I could have just named this addicting bowl of crunchy-crispy-HEALTH for what it REALLY is: I just wanted to use as MANY seasonal veggies in one recipe as possible.

I wonder if there is a “curry anonymous?” Maybe a twelve step program? Things to ponder.

BUT, what is not to ponder is the fresh combo of golden-brown, SUPER fragrant garlic and ginger that combines with creamy coconut milk and S-E-V-E-N different vegetal friends, PLUS a fruity friend to keep it interesting. 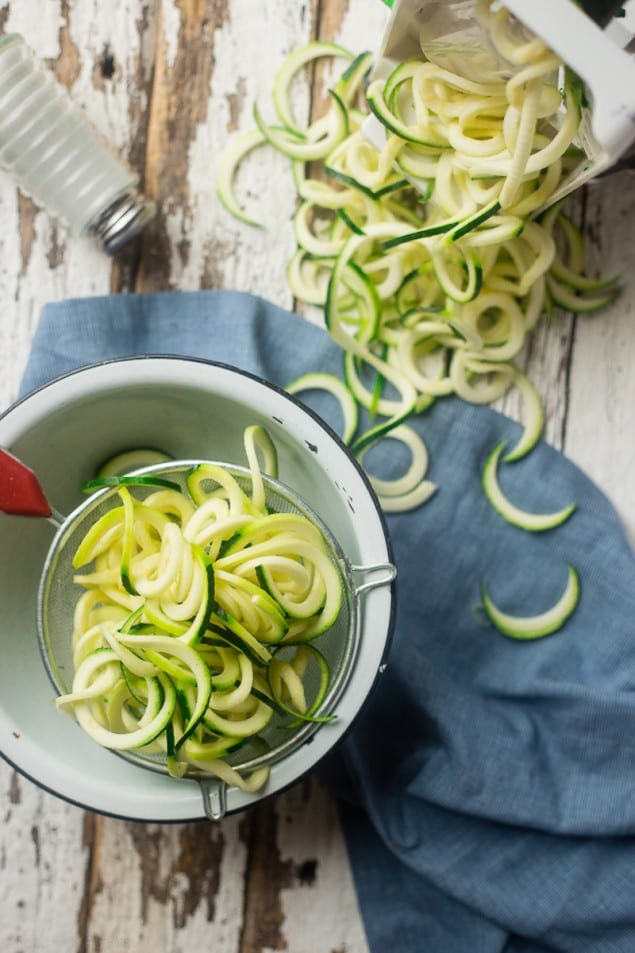 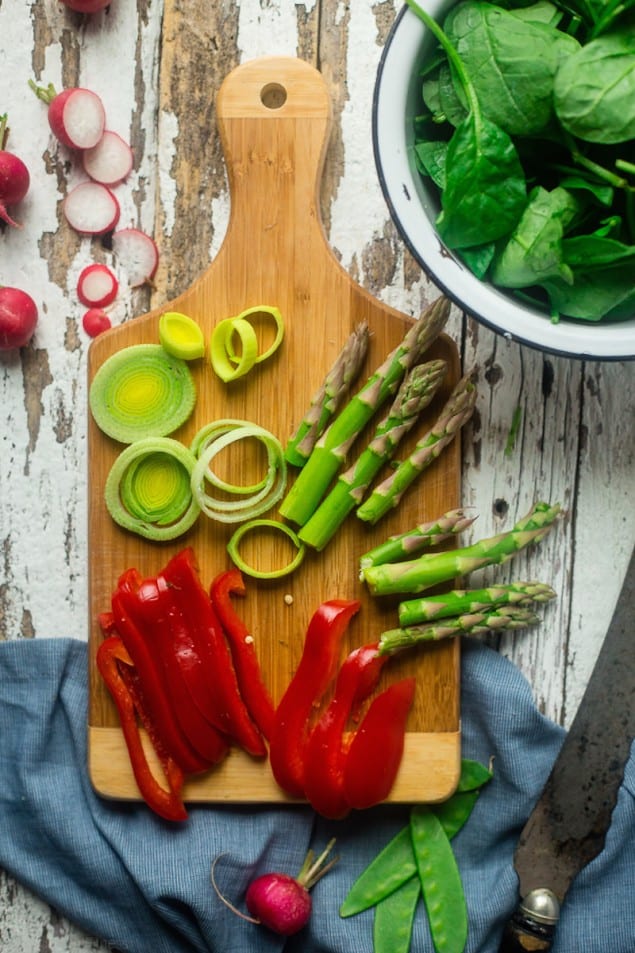 If nutritious-glowy-skin-food could EXPLODE off the screen, it would be happening ALL OVER you right now.

And you’d be feeling really happy and healthy about it. 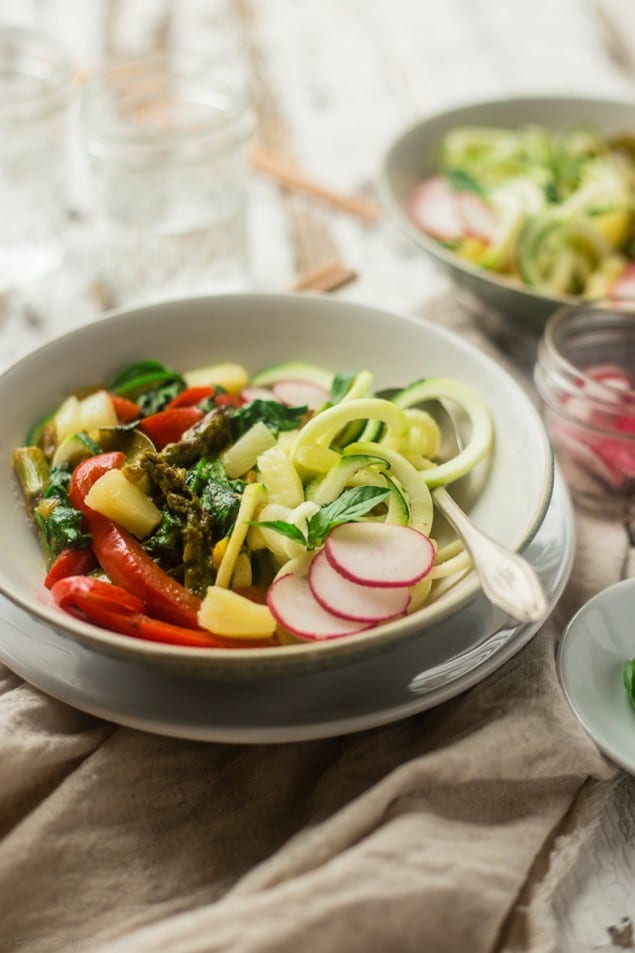 S-I-M-P-L-Y sauté all the veggies in ONE PAN (!!!) and, in equal amounts of super-easy-ness, add all the sauce ingredients right on top of them. Stir it, boil it, thicken it.

BOOM. Dinner is on yo’ table before you even knew what was going on. 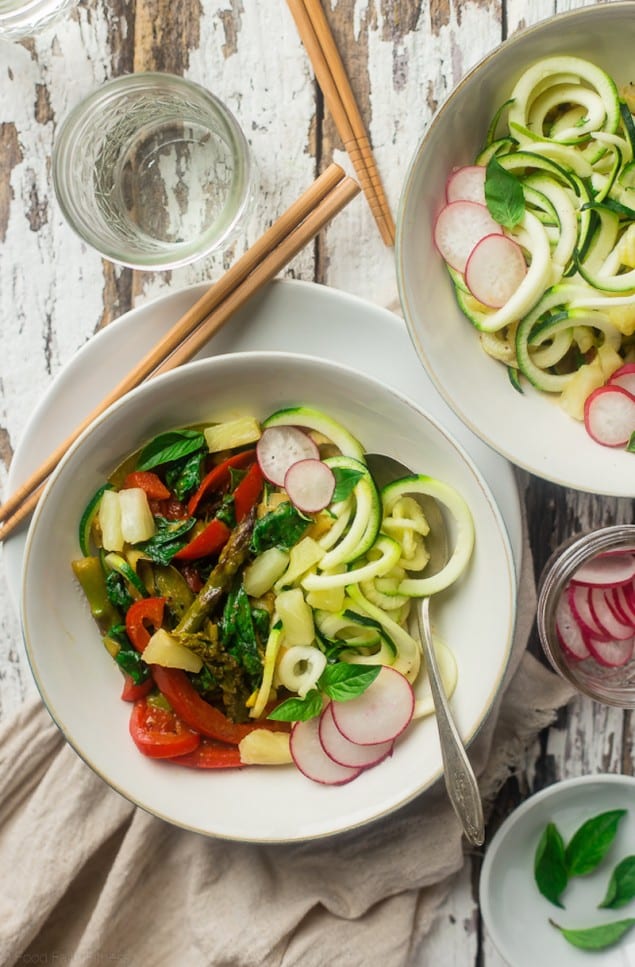 Preee much this bowl of fresh and fruity, creamy-but-spicy YUMMINESS has a 4.0 in “Stealthy Ninja Eats.” Which is not a real thing.

Other fun facts that I need to alert your taste buds to: it makes REALLY tasty leftovers. The kind that you almost don’t make it TO the land of leftovers, because you open and close the fridge to pick at them the night before the bringing-to-work-requirement is met.

Real talk. You’ve been there too. 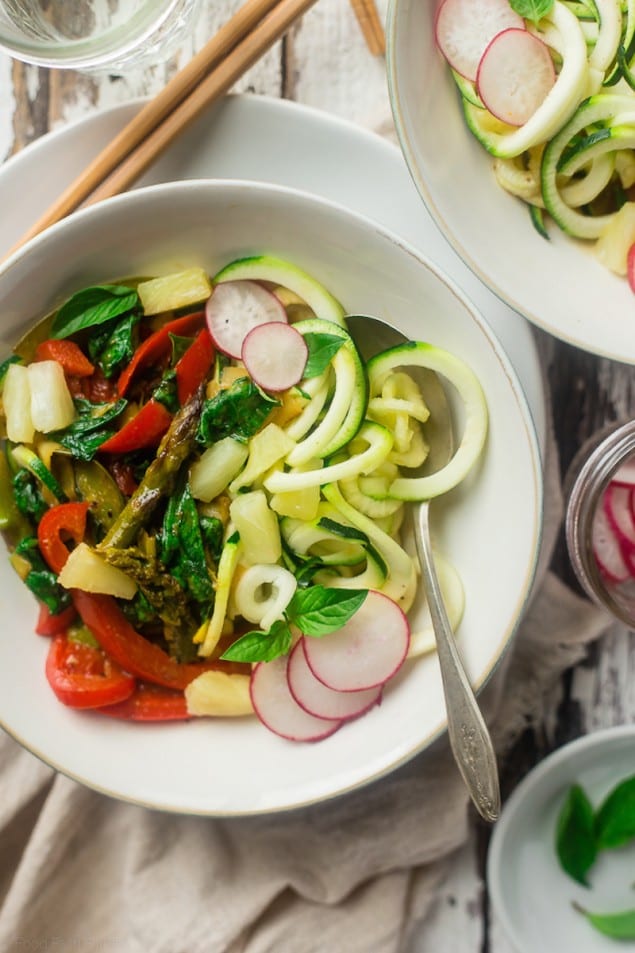 Be happy. Be healthy. GO YOU. 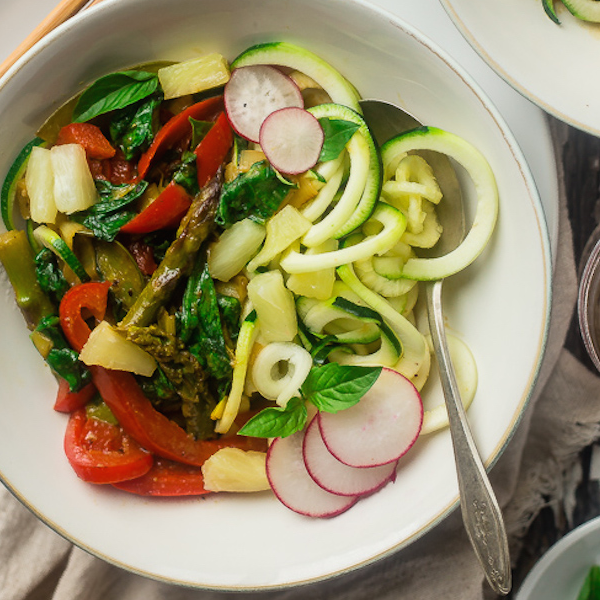 10 Tips that will Make Your Grilling Better This Summer