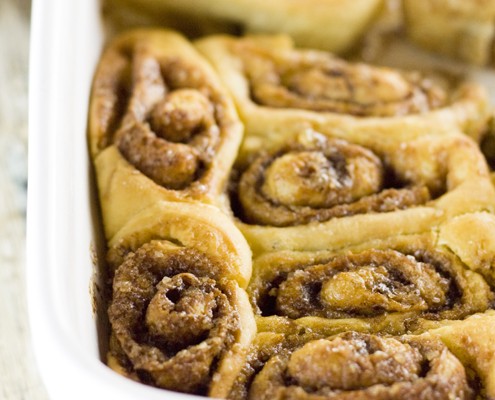 Cinnamon rolls are my favorite sweet bread (I call it all sweet bread). Traditional version of these rolls in my country are walnut filled rolls with milk. However, I prefer these. Brown sugar is obligatory in them, as well as vanilla. Sometimes I add orange zest and I always pour some sour cream or heavy cream with sugar over the rolls.

Some time ago, I found the idea of sweet bread filled with cinnamon and sugar and brushed with butter completely unnecessary. I just didn’t believe there was anything appealing in a dessert like this one. Until I made them myself and tasted them for the first time. The lovely smell of cinnamon, orange zest and buttery vanilla. It has been a love affair ever since. 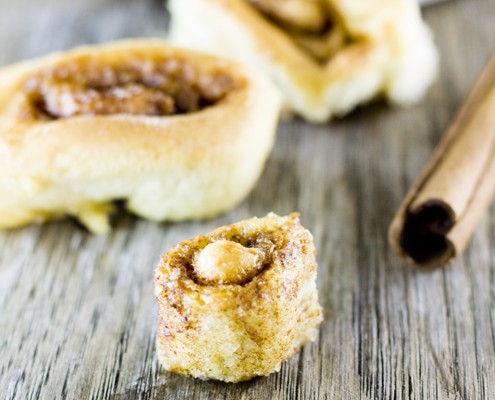 This recipe is adapted from the blog Sweet Sensation. Click here for the original recipe.

Print
Cinnamon rolls are a staple in my house, everybody loves them!
Author: Tamara Novacovic
Recipe Type: Dessert
Ingredients
For the bread dough
For the cinnamon filling
For the glaze
Instructions
2.1.7
Previous Article