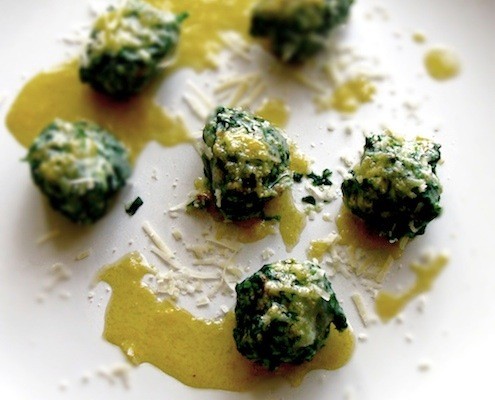 A light and airy appetizer that combines some very classic Italian ingredients.
By Kalle Bergman

These wonderful spinach, ricotta and parma ham gnocchis are so simple to make – and they are just adorable. Smooth and elegant, but at the same time rustic and very traditional.