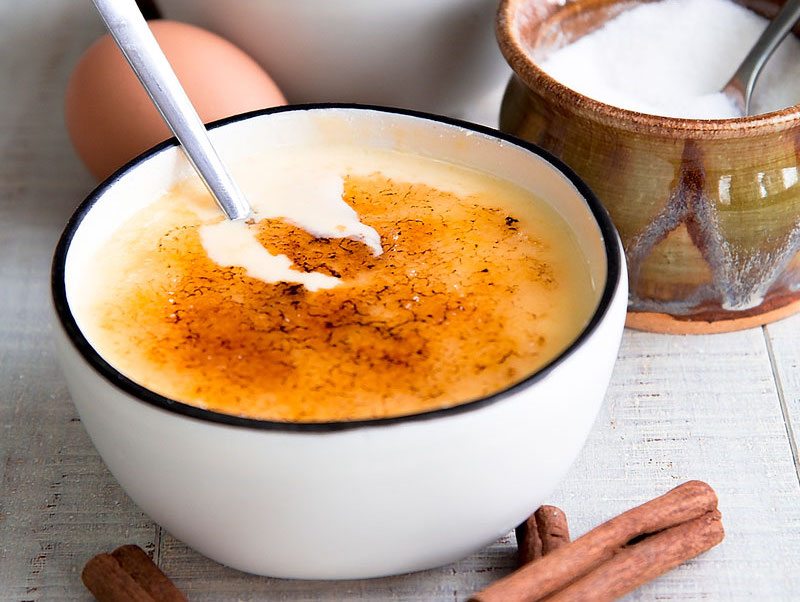 The Crema Catalana is a classic dessert of the Spanish cuisine, but often confused with another culinary masterpiece: the Crème Brûlée. This creamy dessert is topped with a thin crust of caramelized sugar, crunchy and delicious. 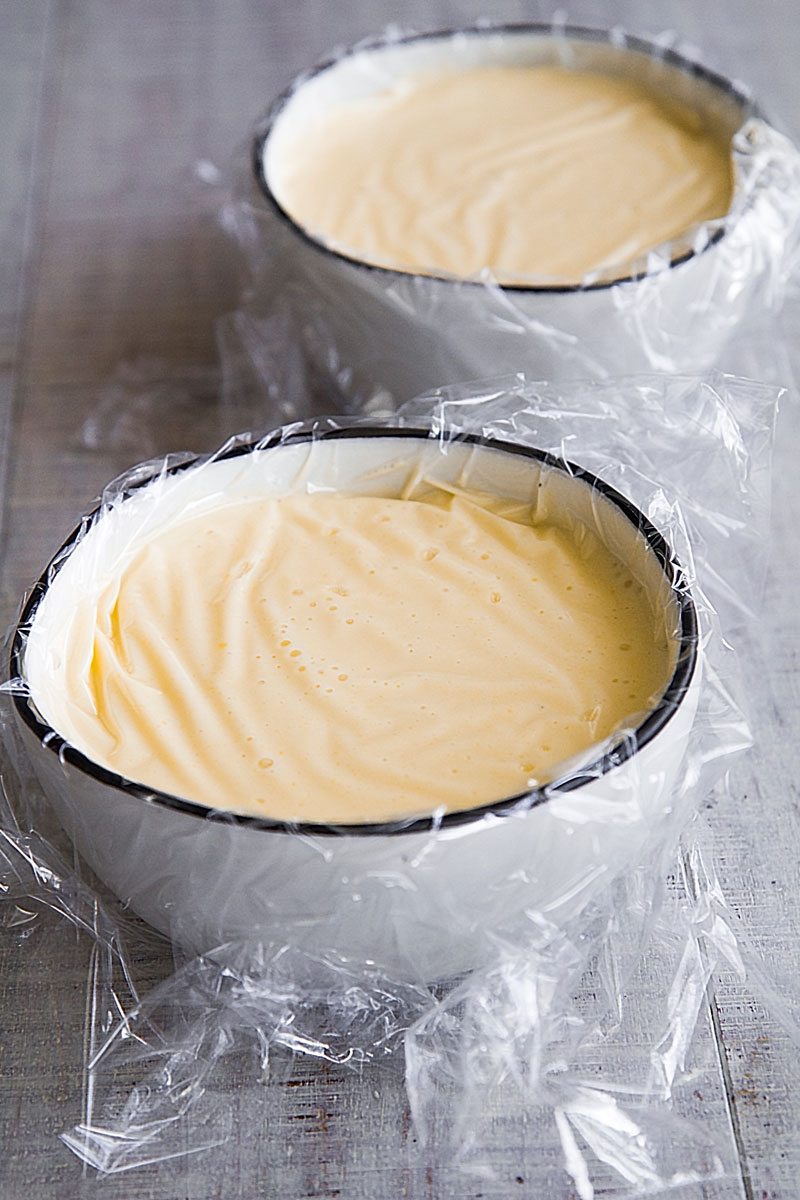 The Crema Catalana is one of the most worldwide famous Spanish desserts. In Spain it is commonly called Crema de Sant Josep: indeed this creamy dessert is traditionally served the 19th of March, for the festivity of the Saint.

The origin of the Crema Catalana is ancient and legendary. The legend wants the creation of this sweet due to a mistake and a delicious remedy. The Nuns of a Catalan convent prepared a flan in honor of a bishop came to visit. Unfortunately, the flan came out from the oven too liquid, so a nun poured on the dessert some spoons of scorching sugar. Eating the cream, the bishop yelled Crema! that in Spanish means cream and also “it’s hot!”. Starting from that day, the Crema Catalana is also named Crema Cremada (torched cream)

Besides the legend, it seems the Crema Catalana invention has been inspired by the Creme Anglaise, prepared in England at least starting from the VII Century. Furthermore, in Cambridge, the Creme Anglaise was named Burned Cream and served with the emblem of the college stamped with a scorched stamp over a sugar crust. 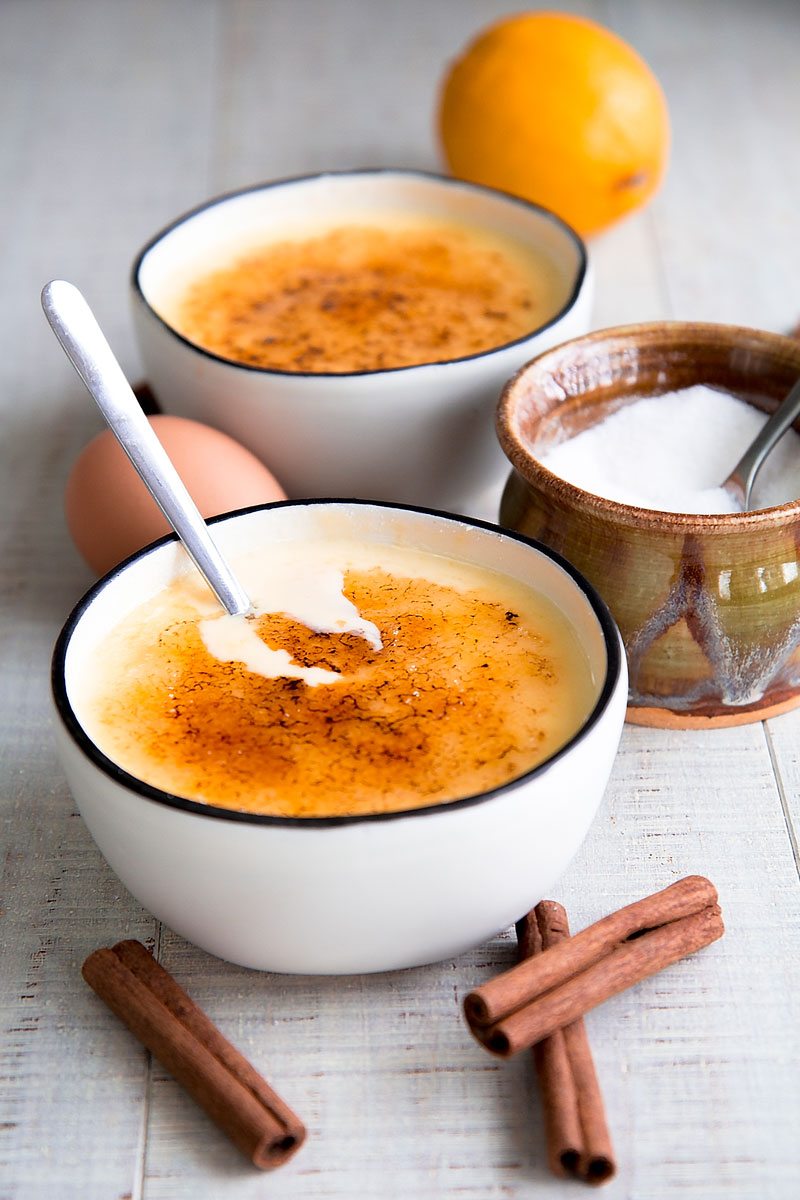 The battle between the French, English, and Spanish chefs concerning what of these three desserts has inspired the others is harsh. To the dismay of French and Spanish, many persons think that Creme Brulee and Crema Catalana are the same things…

Here the main differences between these three sweets.

CREME ANGLAISE – It is considered by many the”forerunner” of all the egg cream recipes. The official recipe of Creme Anglaise was written in XVII Century, but probably its origin is much older. The Creme Anglaise is composed of eggs and milk cream, without any flour or cornstarch.

CREME BRULEE – The recipe for Creme Brulee was published for the first time on the Cookbook Le Cuisinier Royale et Bourgeois in 1691. It is basically a Creme Anglaise made with half milk and half cream plus some flour (but many versions avoid using the flour). The Creme is successively baked in a bain-marie casserole, then torched to caramel the sugar crust.

CREMA CATALANA – The first written news of Crema Catalana is dated on the XVIII Century, so it seems to be the younger variation of these creams. Crema Catalana is made exclusively with milk plus some cornstarch to thicken a bit the mixture.

Many chefs prefer to serve the Crema Catalana pretty liquid, but some others prepare this sweet thicker. The quantity of cornstarch usually range from 2.5 to 5.5 tbsp per 1 Qt milk. Same thing about the eggs: the standard recipe requires 8 yolks per 1 Qt milk, but some variations suggest up to 15 yolks.

The original flavors of Crema Catalana are Lemon peels and Cinnamon sticks. In addition to these, even if not strictly traditional, vanilla bean or orange peels pair perfectly with the taste of eggs and milk. 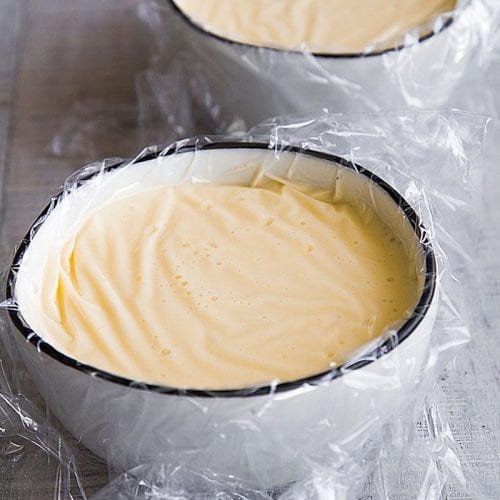