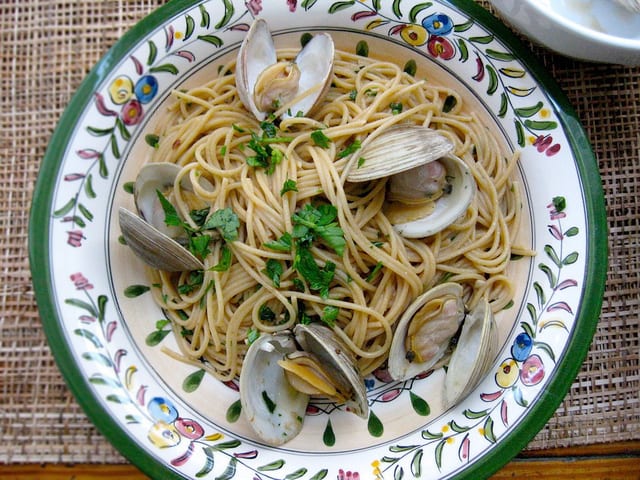 Like so many great Italian dishes, the beauty of this meal is in its simplicity – which also means that the raw ingredients have to be quality.
By Carrie King 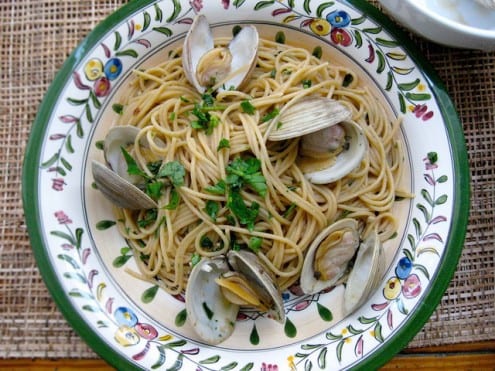 About once a month, a hankering for spaghetti with white clam sauce sneaks up from behind, taps me on the shoulder and tells me to pull up a chair at the nearest Italian restaurant so I can order a big, steaming bowl. The most memorable of these sneak-attacks was after my mother and I had seen a movie starring Bill Crystal and Robert DeNiro in which DeNiro, surprise surprise, portrays an Italian mob boss. The movie was rather forgettable – but the scene that starred a mountain of spaghetti with white clam sauce clearly stayed with us because right after exiting the theater we went on a mission for that sauce. Many miles and a few restaurants later, we silently scraped clams and twirled our forks around mouthfuls of spaghetti.

Print
Prep Time
5 mins
Cook Time
15 mins
Total Time
20 mins
Like so many great Italian dishes, the beauty of this meal is in its simplicity - which also means that the raw ingredients have to be quality.
Author: Carrie King
Recipe Type: Main
Serves: 4
Ingredients
Instructions
2.2.6