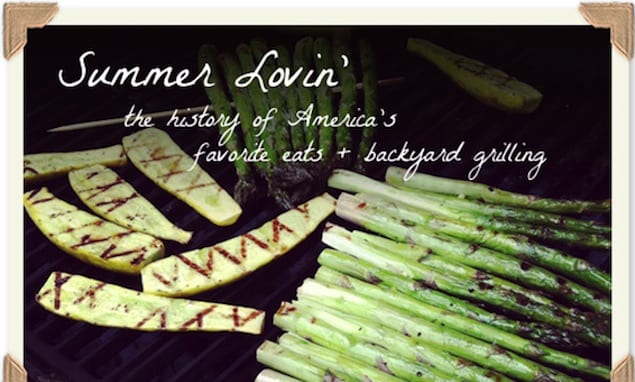 A change in season means a change in food. The hours of a perfect summer day are often spent with the heat of a grill, the sizzle of a burger patty, and the taste of a perfectly-dressed hot dog in the comfort of your own backyard.
By Denise Sakaki 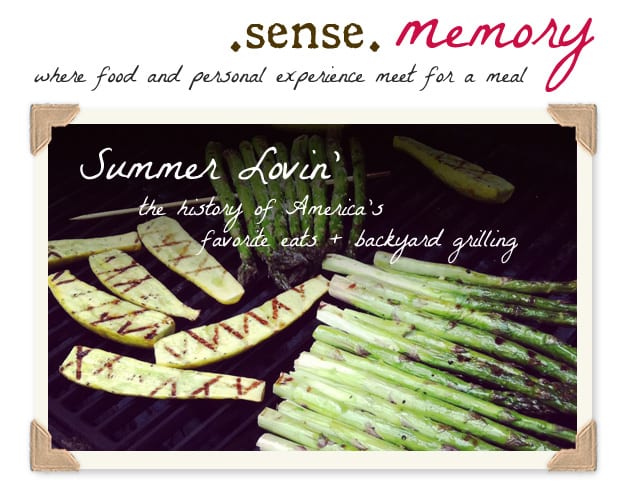 The smoky sizzle of a burger charring on a backyard grill. The eternal question of whether or not to bury a hot dog in condiments, or keep it pristine and simply-dressed in mustard. These are the much-anticipated sights, sounds, smells, and luscious tastes of summer that we’ve been waiting for… but how did we get here? What are the origins of the most popular foods that have led to America’s summer romance with backyard grilling?

The average American eats as many as three hamburgers a week, and the “billions served” number on every Golden Arch sign seems to indicate this statistic isn’t wrong.  For every sandwich eaten, over half are burgers, and when the warmer months prevail, it’s conceivable the number rises even higher. It’s hard to imagine a world without hamburgers, but the ground beef patty served between a sliced roll-style bun had to come from somewhere. The origin of the hamburger can be found in its name – 19th century German immigrants brought their Hamburg-Style Beef dish to American shores, which was actually more like a steak tartare: finely minced and seasoned raw beef. The dish evolved into a cooked version, and the popularity of hamburger “steaks” began as a way to enjoy cheaper cuts of meat.

Where beef met bun is where the hamburger’s history gets vague. There are many different accounts of the “first hamburger, “ but the Library of Congress supposedly verified the account of Louis’ Lunch, a New Haven, Connecticut eatery, as the first place a ground beef patty placed between a bun was served.  They started out as a lunch wagon in 1895, and still exists as the oldest hamburger restaurant operating in the U.S. The story goes that owner Louis Lassen created the hamburger as a result of an impatient businessman who wanted a fast lunch, and needed it portable. The wagon’s specialty was steak sandwiches, but for this hurried order, Lassen cooked the smaller steak trimmings and served it between pieces of toast. There are similar accounts of Fletch “Old Dave” Davis, a cook in Athens, Texas, who grilled chopped steak until it was browned on both sides and served it between two thick slices of bread with a slice of onion in 1904, to much local acclaim. The true “first hamburger” may be difficult to pinpoint, but the myth of the burger was born.

The 1904 St. Louis World’s Fair was where hamburgers really make a splash on the American culinary collective. The ground beef attained its rounded patty form that we see today, and it was served between a roll. It was a food trend success with the crowds and its popularity was solidified with its mass distribution by White Castle in 1921, whose tiny, steamed hamburgers sold for five cents each.

The history of a hot dog in a bun has similar mythic origins. The process of making sausages is an age-old method of food preparation, mentioned in writings as far back as the ancient Greeks and Romans. The style of sausage that Americans associate with a hot dog can be traced to a more recent era in human history, the 1600s, in Frankfurt, Germany. Johann Georghener, a butcher, developed the dachshund or “little dog” sausage, a smaller, single portion-sized link, which gained the name frankenfurter. Austrian city Vienna (Wien), also claims to have developed this style of sausage, hence the term, “wiener.” The American hot dog is a mixed breed of the European styles of sausage-making brought over from immigrants. Butchers likely worked with whatever meats and spices they had available in the New World, and the American hot dog/frankenfurter/wiener was created.

Hot dogs being served in a bun became popularized in the late 1800s. German immigrants operating push carts in New York City’s Bowery were likely the first vendors to develop the method of eating sausages in buns, topped with sauerkraut. Its popularity crystallized in 1871 when Charles Feltman opened up his Coney Island stand, selling dachshund sausages in a milk roll. He sold over 3,600 hot dogs in his first year.

Burgers and hot dogs were quick, inexpensive foods that quickly rose to the ranks of popular American cuisine, and it makes sense that they became the de facto ingredient for a casual backyard picnic. It’s hard to imagine a household without some kind of an outdoor grill, but it wasn’t always such a common summer pastime. Cooking food over hot coals or fire was typically done during camping or outdoor retreats – you needed an open space and a proper vessel to grill your food. America’s love of at-home grilling took the combination of the post-WWII suburbanization, with people buying homes with yards, and the 1952 invention of the little metal grill by Weber. Weber Brothers Metal Works employee George Stephen Sr. loved outdoor cooking, and had an idea of improving the typical flat, open grills that people were accustomed to using. He took one of the metal marine buoys the factory produced, and cut it in half, adding a grate, vents and raising it on legs, making this new grill design portable, easy to use, and efficient at concentrating the coals’ heat on food.

Sure, we can eat a hamburger or hot dog any time of the year, and with the ease of modern gas grills, you can kick the tires and light the fires in the middle of winter. But in the hours of a perfect summer day, the heat of a grill, the sizzle of a burger patty, and the taste of a perfectly-dressed hot dog in the comfort of your own backyard is truly a taste of summer.