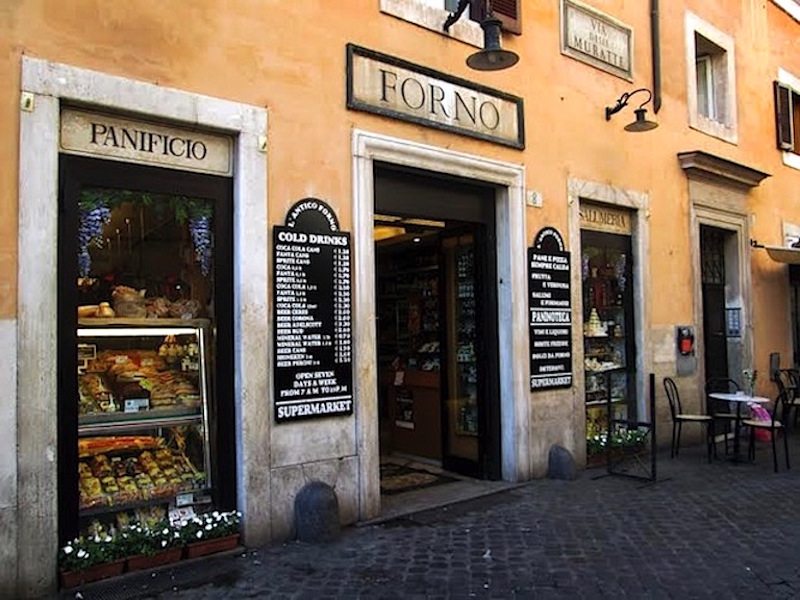 How to Make Strascinati

The historic city of Rome has so much to offer. Beside their ancient monuments sit a plethora of delicious, authentic eateries waiting to be discovered. 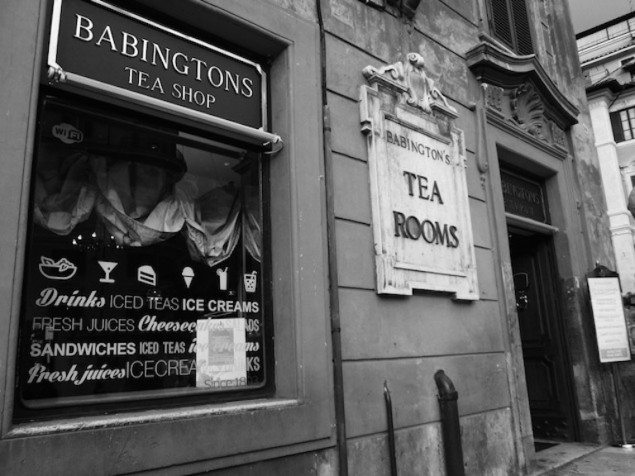 The first rays of sunlight filter through the windows in the early hours of the morning. The sky is clear, the air is fresh and there is a relaxing silence, that which precedes the start of a day like any other, but no less special, in one of the most visited cities in the world. Rome (“Caput Mundi”, the “Eternal City”, as they called the ancient Romans to define the size of their Empire, meeting point, at that time, of political, economic and cultural world life) does not fear the passing of the centuries, unique in its ancient beauty.

The “Colosseum”, with its majestic grandeur, is the emblem of the city (UNESCO World Heritage Site) but history has left its mark in every corner. The most informed tourists know that the best time to enjoy the beauties of Rome (and to take lovely photos) is in the early morning. Some (and not just the younger) rent out bikes, taking advantage of a climate that, in Rome, is very mild almost all year round. Others go riding a Vespa scooter and, in memory of the “Dolce Vita”, retracing the paths that were crossed by Audrey Hepburn and Gregory Peck in the movie “Roman Holiday” (“Vacanze Romane”). Tour buses do the same service, less romantic, but cheaper. The tour of the city on foot is the most common and, although most tiring, offers unparalleled emotions. Via Margutta is one of the most beautiful streets. The lush greenery is one of its striking features.

A plaque affixed to the house where he lived, recalled Federico Fellini, the director who told the world about the Italian sweet life, “Dolce vita”, through its beautiful film. Along the way, antique shops and art galleries. Suggested culinary stop at “The Margutta”, restaurant serving delicious organic vegetarian cuisine of a high standard, with typical dishes of the Italian tradition. (http://www.ilmarguttavegetariano.it).
Via Condotti is the street for luxury shopping, where you can find the most prestigious Italian fashion brands, shoe stores and jeweler. Everything seems so perfect as to seem surreal. In this street, gastronomic stop recommended for tourists is the ancient “Caffè Greco”, with its 250-year history. Piazza di Spagna, one of the beating hearts of the old town, with its impressive staircase, is a sight to enjoy at any time of the day (in this famous square, among other things, you can visit the Keats-Shelley house: (http://www.keats-shelley-house.org/en/.) In Piazza di Spagna, the suggested afternoon break is by “Babington’s”, a delightful tea room, open from early morning for breakfast. 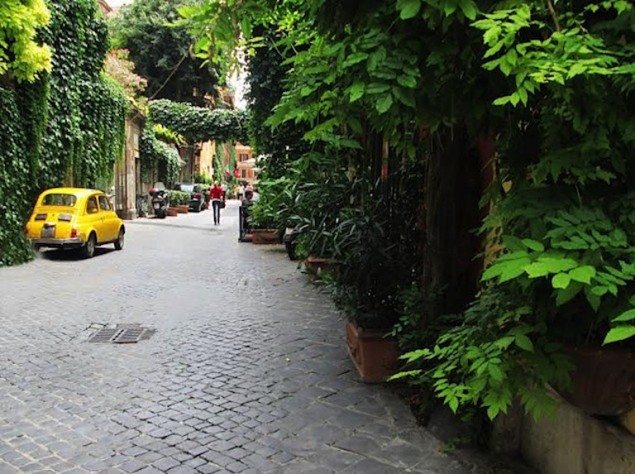 The restaurants and pizzerias in Piazza Navona are a feast of scents that attracts tourists from mid-morning onwards. Open spaces, churches and fountains are the natural frame to restaurants and bars which animate the Square till late at night.

Every corner of the city (even more in the center) is a concentration of restaurants, trattorias, pizzerias where you can taste typical dishes of Roman and Italian cuisine. Many of the most famous Italian pasta recipes in the world are born in Rome and surroundings (“Cacio e Pepe”, “Puttanesca”, “Arrabbiata”, “Amatriciana”, “Carbonara”). 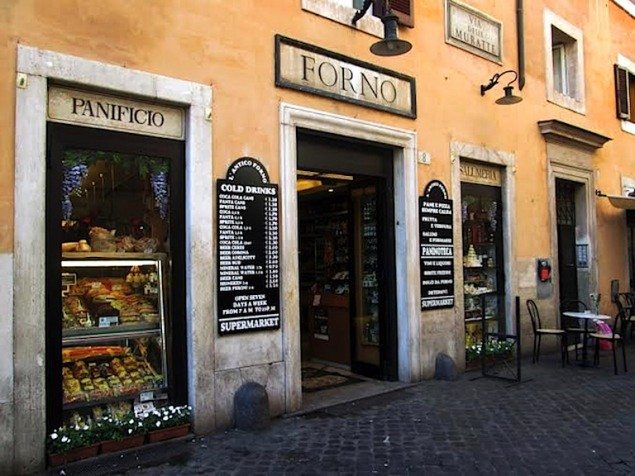 A trip to Rome is also an opportunity to dispel some misconceptions of Italian cuisine abroad. Some dishes that overseas are considered Italians in Italy do not exist. If it is true that the knowledge of a country (and its culture) also pass through the history of its kitchen, in Italy, this concept is essential. The dishes listed following (I quote only the most famous) are not traditional Italian: “Spaghetti with meatballs” (ancient traces of this recipe can be found only in some little areas of Southern Italy, where it is likely that this dish many years ago, was prepared at home); “Fettucine (or spaghetti) with lemon”; “Pasta with chicken”; “Pineapple pizza, “Pepper pizza”. An explanation aside deserves one of the most famous Italian dishes abroad: “Fettucine Alfredo”. This dish was born, the early twentieth century, in the heart of Rome, in Via della Scrofa 104, when Alfredo opened his restaurant, beginning a long history of more than a hundred years. In a short time, his original fettuccine became world famous thanks to the distinguished personalities of world renown (Hollywood stars, personalities of culture and politics.) who visited the restaurant. It should be noted that even this is not a national dish. You can order the delicious “Fettucine Alfredo” only in the restaurant where they were born. Another gastronomic recommended stop is “Ginger” for those who love to eat healthy and taste. The charming venue, located in Via Borgognona, in the heart of Rome, offers a wide selection of milkshakes, smoothies, concentrated vegetables, homemade ice cream, Italian Panini with the best Italian cheeses, salumi, and fresh vegetables. All the ingredients are organic (http://www.ginger.roma.it/).

Finally, “Eataly”, is a must for lovers of Italian cuisine connoisseurs. In the most selected Italian food market, you will find a wide range (divided by Region), of the best Italian food products. In addition, between a purchase and another, you can stop at various high quality restaurants inside the food market (http://www.eataly.it/blog/english-version/). 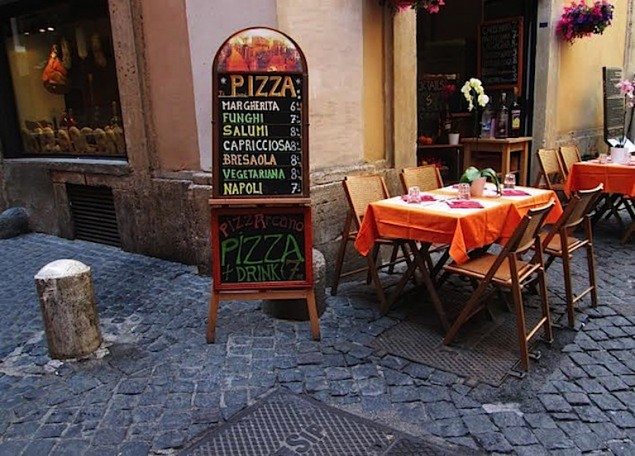 Of course, all that you can see and eat in Rome is not limited to the indications given in these few lines. Each trip is always a discovery (or rediscovery) and Rome will surprise you every time more.