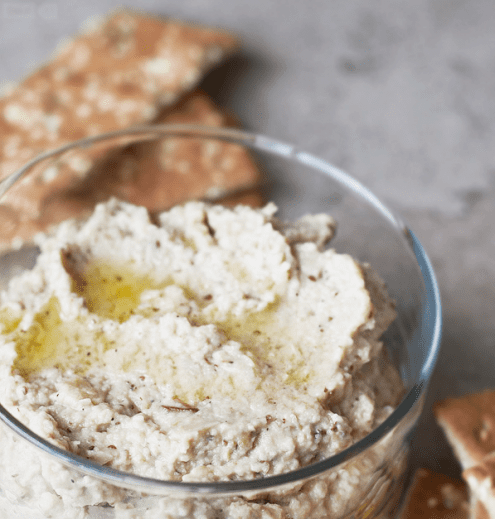 Have I told you guys how much I love eggplant? It is probably one of my favorite foods.

My favorite varieties are baby Italian, graffiti, and Japanese eggplant, which are considerably sweeter and carry significantly less seeds than standard eggplants, which can occasionally be bitter and more bland.

It took a lot for me not to just dig into the roasted eggplant halves and call it a day–but I had an ounce of self control left in me.

Instead I turned it into a dip, which I promptly dug into with a spoon. The crackers were just sort of getting in the way, what can I say?