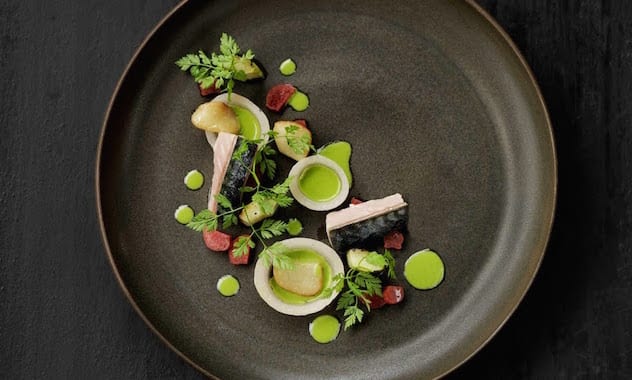 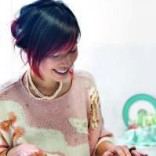 If you happen to be in Stockholm, wandering around Djurgarden looking for a delicious meal with strong Swedish flavors, pop into Oaxen.
By Michelle Tchea 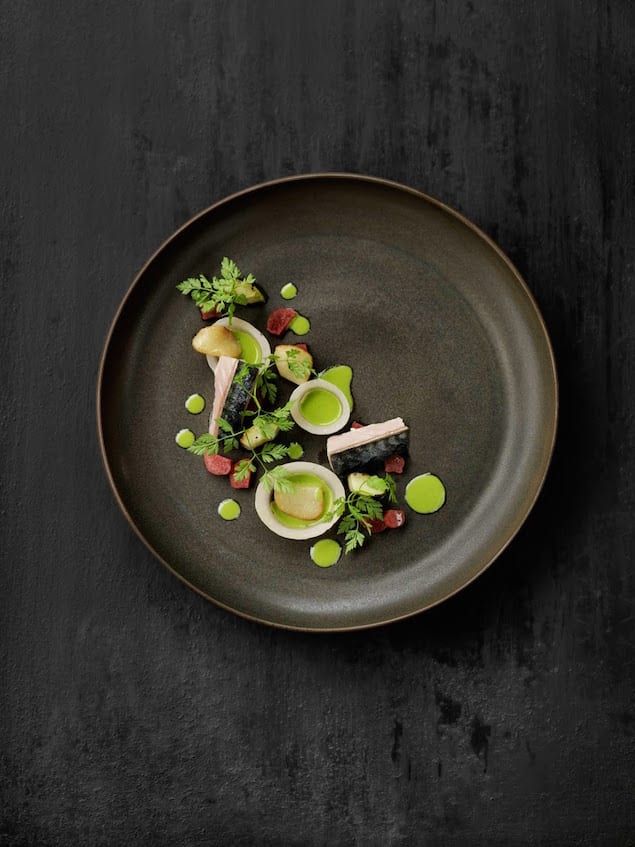 If you happen to be in Stockholm, wandering aimlessly around Djurgarden or perhaps just want a delicious meal with strong Swedish flavours and accents, pop into Oaxen.

For those wanting this exact recipe in a beautiful, more up-market environment, book early and well in-advance for the Oaxen Krog experience. 6 to 10 courses prepared by one of the pioneers of new Nordic Cuisine, Chef Magnus Ek.
Be sure to give his equally important wife, Agneta a giant wave. Both chef, Head-of-House and Staff are quite amazing and extremely hospitable.
Oaxen Krog and Slip
Beckholmsvagen 26; 46-8-551-53105; oaxen.com
Starting at 1650 Kroner at Oaxen Krog.
Mackarel with Smoked Beef Marrow from Oaxen, Sweden 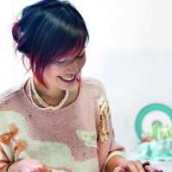