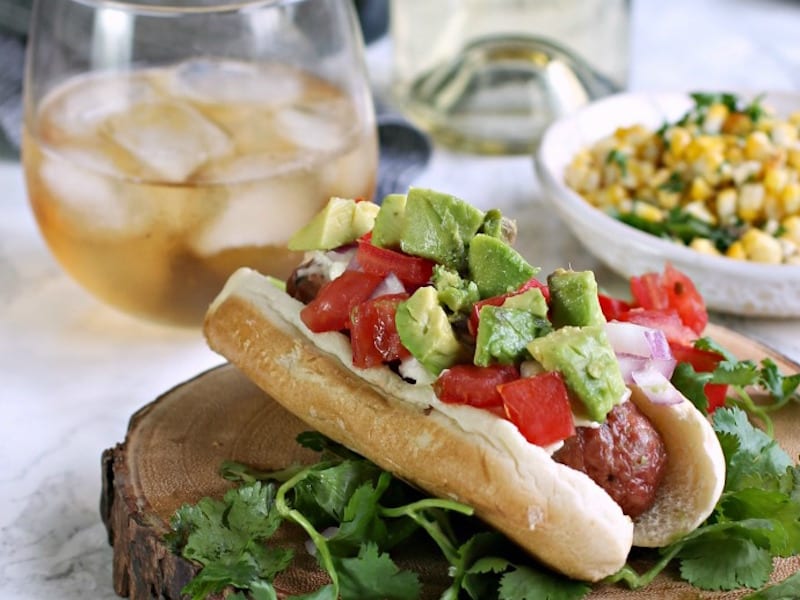 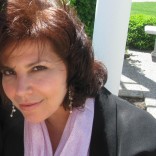 PARTNER POST: Dive into the 120 days of summer with Santa Rita wines that pair perfectly with the foods of the season, straight off the grill.
Add a twist to your All-American hot dog with a spiced mayonnaise sauce, fresh avocado, a corn salad, and a side of Chilean wine. 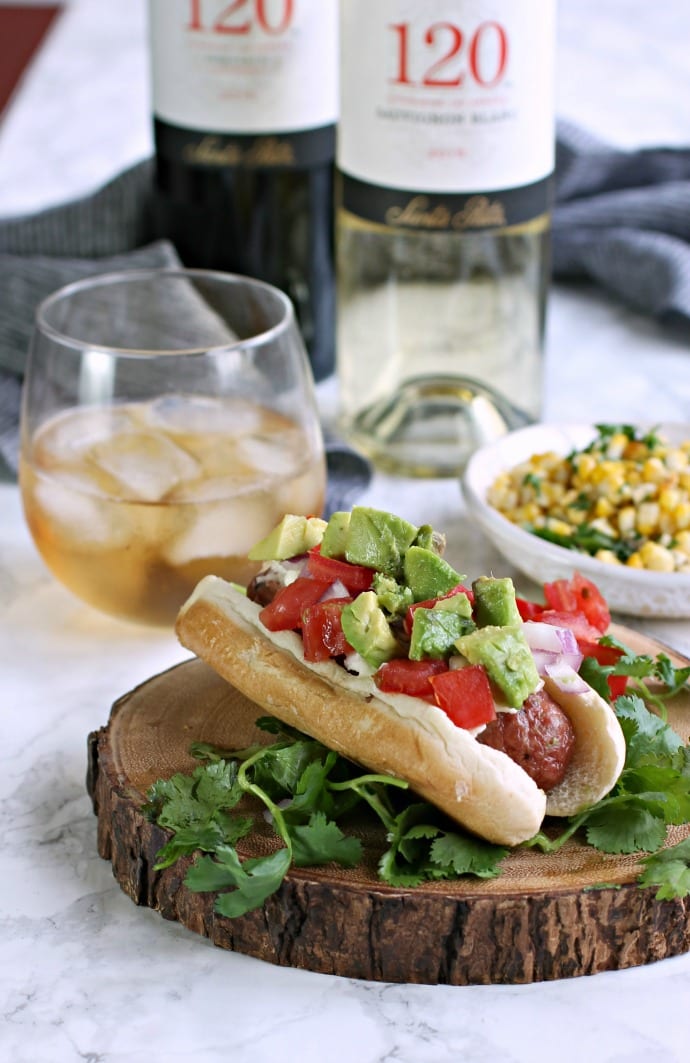 I’m always excited to try new wines and find food pairings for them. And on the food front I’m a little obsessed with trying new spices and understanding which cuisines typically use them. And then I like to mix it all up, naturally. So that’s how I came to pair some great Chilean wines with an American cook-out classic and an ethnic spice blend.

There’s a cool story behind the 120 label of Santa Rita wines. According to the legend, back in 1814, 120 patriots returned from battling for Chile’s independence and took refuge in the winery’s cellars. Santa Rita’s 120 line of wines was created as a tribute to them. I tried the Hero’s Salute Red Blend and the sauvignon blanc and both were fruity and well balanced. Great for a casual summer cook-out. Or, for those of us city dwellers, a grill pan, a fire escape, terrace or open window!

I’ve also been crushing on the Badia complete seasoning lately. I’d been meaning to try it for the longest time and, now that I have, it’s my latest addiction. Seriously, I’m sprinkling this stuff on pretty much everything. It’s a complete savory food taste with a Latin touch. So, Chilean wine, latin seasoning and a summer mash up happened. Although hot dogs are so typically American, there’s actually a Chilean version called a completo (complete) which is basically a dog loaded with onions, tomatoes, avocado and mayonnaise. Lots of mayonnaise. And yes, it’s really, really good with the mayo. Of course, my mayo included some of the Badia seasoning. And I roasted some corn on the side and tossed that with the Badia as well. And the verdict? This will be happening a bunch more times this summer because yum. Enjoy! 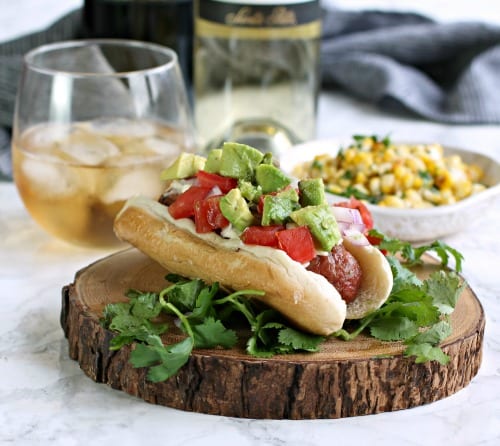 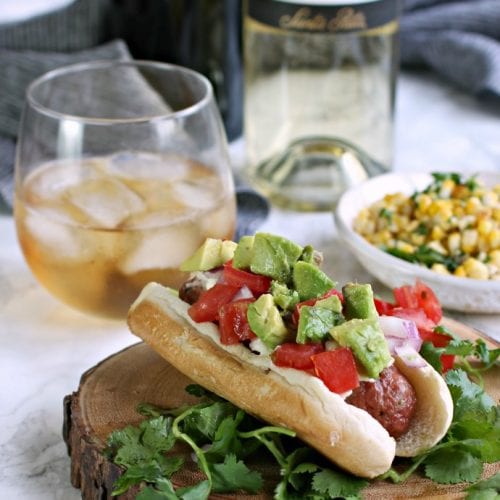 Wines to Drink on the Hottest Days of Summer