A well seasoned light and flavorful rendition of linguine with clams, perfect for any time of the week and great for easy company fare.
By Rinku Bhattacharya 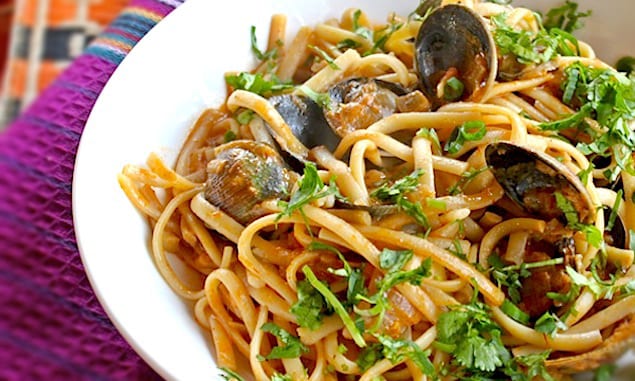 The magic in the recipe is actually finishing off the pasta in the clam flavored sauce, adding a very different dimension to the pasta. You can add heavy cream if you wish, I happened to have some coconut milk handy and so that is what I used. Cooking this dish, made me realize the magic of adding shellfish to pasta, something that has not quite made intuitive sense to me until now.

0
Rinku Bhattacharya February 20, 2014
No Comments Yet