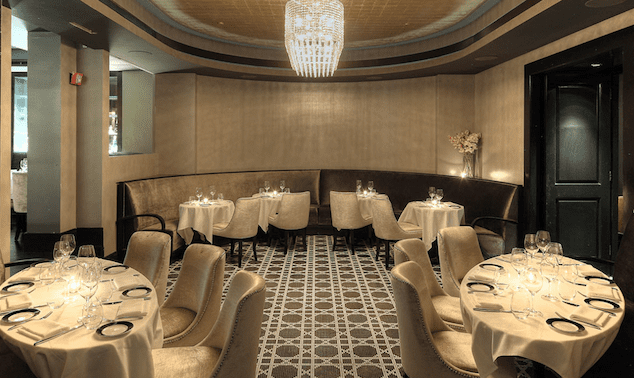 I Know The Chef, a dining concierge app, puts the customer in charge. With a topnotch, pampered dining experience, avid foodies will gain access to the brightest and best restaurants of New York City, Chicago, and Miami.
By Annelise McAuliffe

Just like Jay Gatsby, we all wish for a powerful presence. A commanding, yet playful presence. In just a glance or maybe a few words the entire restaurant knows who you are. Endless flutes of bubbles are placed in your awaiting hands. Elegant desserts are abundant and always free. Partygoers and Hampton playboys mirror your every move. Needless to say, the party follows wherever you venture.

Such a glittering scenario may sound out of your clutches, but for a small fee you too can be as well-known as Jay, be it Gatsby or Carter, in restaurants.

For the yearly price tag of $250 or $10 for a one time transaction, I Know The Chef, a mobile app, connects you to the hottest eateries in Miami, New York City, and Chicago. With just a few swipes on your smartphone you can secure a reservation to the most exclusive, Michelin-starred restaurants or the hottest new joint. Without so much as a word to your unassuming date, dining partner, or business acquaintance you are about to be treated like royalty and seemingly become the man or woman about town. 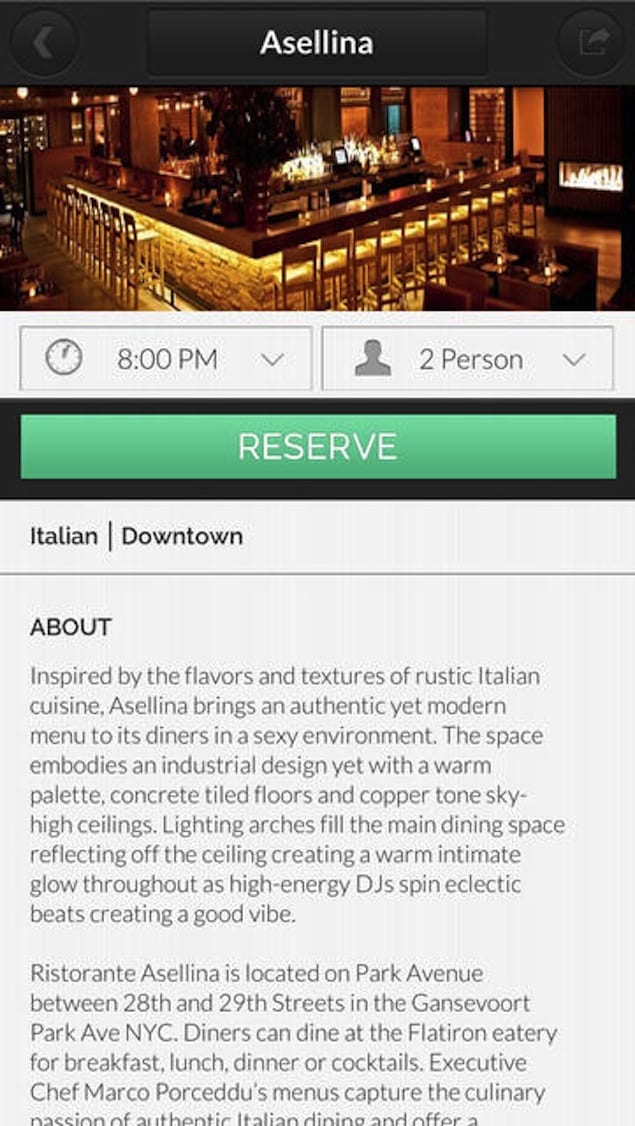 Joshua Stern, founder of the just over one year-old company, was inspired by NYC restaurant king Danny Meyer’s guest book. A database containing notes about his customers would include items such as, “Mr. Smith appreciates a quiet, corner table.” or “Ms. Brown dislikes white wine.” Such small observations made a guest feel like a rockstar and the restaurants flourish under the rave reviews and repeat service.

Creating an app that connects guests to restaurants directly, Josh has set up a system that allows people to do what they do best, talk about themselves. Upon signing up, I Know The Chef, prompts the user to choose from a selection of preferences. From favorite drinks, dessert tastes, seating preferences and dietary restrictions, the app lets restuarants know you before you walk through the door. It’s a personal restaurant concierge and for foodies it offers the most coveted dining experience—stylish exclusivity.

As a culinary school alumna who often has the pleasure of being filled to the brim with comped food from back of house classmates, I was curious to see if the app really worked for what my non-kitchen friends deemed as “us normal people”. When I stepped into Beautique, a midtown restaurant decorated to resemble Coco Chanel’s lavish pad, we were immediately seated in the heart of the bustling restaurant. As per my noted preferences on the app, I was given a table that gave me prime viewing of the space as scantily-clad, bronze women hanging on the arms of fit, overly-styled men made their way about the restaurant. I had front row tickets to gawk at rambunctious patrons clearly ready to turn an extravagant Tuesday night into a wild Wednesday morning. While we were looking over the menu, the chef waded through the bustling dining room to greet our table for two. After casual introductions, he did what an indecisive person such as myself adores, he suggested his favorite dishes which we immediately accepted. After glasses of cocktails and wine, plates, bowls, and nuggets of delicious food, and (overly?) attentive service, we were graced with a dessert menu. Nearly filled to the brim, we ordered a final sweet morsel with the front of house manager, who offered us a complementary dessert and the sendoff “thank you for spending your evening with us.”

I left feeling a bit too full in my stomach (and a little lighter in my wallet), but also incredibly special. A small part of me, that’s used to being greeted at the table by a friend in whites, felt the interactions to be slightly less than genuine. However, for someone who would be looking to impress and perhaps “wow” a dining companion, this app does the trick. While my dining side-kick was not someone I felt the need to impress with freebies, glitter, or discrete payments, I was quickly able to recognize such key features as being necessary for the ultimate dining experience.

I Know The Chef has recently added a feature of being able to pay a dining bill from your phone. Without flagging down your server, waiting for the bill to be printed, returned to the table, card picked up from the table, swiped, brought back to the table and signed I Know The Chef members are able to leave the restaurant after just a few clicks on their phone. Avoiding the awkward presentation of a bill at a business meal or first date, I Know The Chef has put the diner right where they like to be, pampered and in charge.

Just like with the relationship that is built between the customer and restaurant via the app, Stern only features the best restaurants where he already has a relationship with the chef or owner. That network of restaurants that is available to members now covers 130 hospitable eateries in the three cities. This ensures that the establishment is fully committed to the goal of giving the customer an experience greater than their expectations. While the restaurant receives none of the app fee, they do gain a boost of new customers by being featured on the app. Not to mention, I Know The Chef, with a few simple questions, fosters a positive environment for the guests. With such a note-worthy experience, the restaurant has created a long-standing relationship with the guest. For a food establishment, repeat business and a happy customer that will tell the world about you are the keys to success.

Unlike other social circles, once you’re in this club you’re never out. Checking my email and feeling like an average Nick Carraway, an invitation from I Know The Chef popped up. My presence was requested, back at Beautique, to taste complimentary wines and signature cocktails. And just like that, my shirt started feeling as silky as Mr. Gatsby’s.

10 Ways to Enjoy Breakfast for Dinner

The App for Coffee Lovers

How to Find Sustainable Seafood