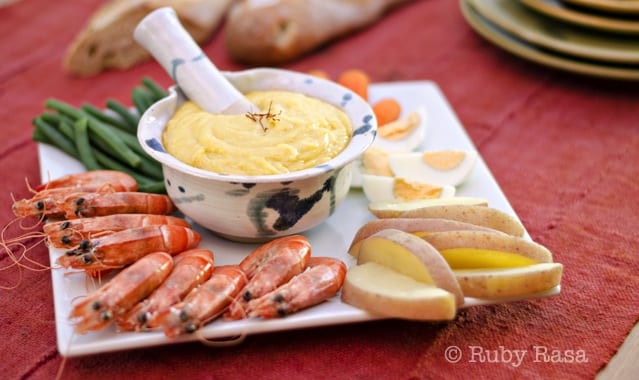 Aïoli, the word for a garlic and oil mayonnaise can also refer to an entire meal which includes the sauce and all the delicious food you dip in it. In the south of France, aïoli garni comes with boiled vegetables, eggs, salt cod, and even escargot.
By Ruby Rasa 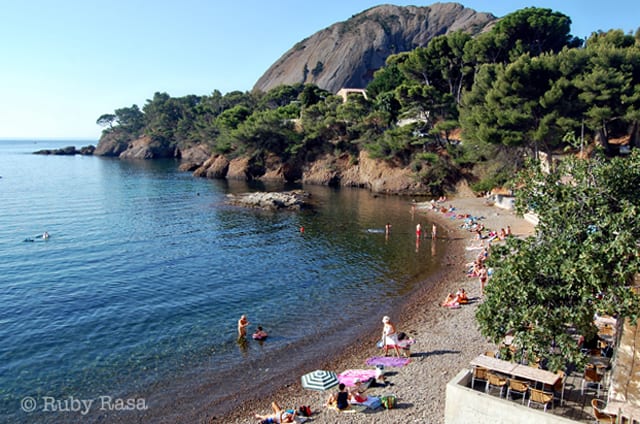 Amongst my friends in the south of France, it is something of a battle cry, or the equivalent of a wolf’s howl to gather the pack. “Aïooooooooooli!” Usually only heard in winter months, this year I’m echoing the cry in chilly England as I grow impatient for my summer drive south. This is more than a mere call to table – it’s the fiercely proud affirmation of the local culture, the patrimony of Provence.

Pronounced ‘eye-O-lee’, the word is based on the old Occitan for garlic (alh) and oil (òli), which pretty much sums up what it is: a mayonnaise made from garlic and olive oil. ‘Aïoli’ can also refer to the entire meal, which includes the sauce and whatever you choose to eat with it. In Provence, a traditional grand aïoli or aïoli garni comes with a selection of boiled vegetables, salt cod, hard-boiled eggs and even escargot.

There are versions of aïoli all over the Mediterranean, from the Catalan allioli to the Arab toum, which I grew up eating with spit-roasted chicken and salty pickles. But my two favourite ways of enjoying it are with steamed artichokes (when I can find them) and shellfish, such as the Madagascan tiger prawns pictured. 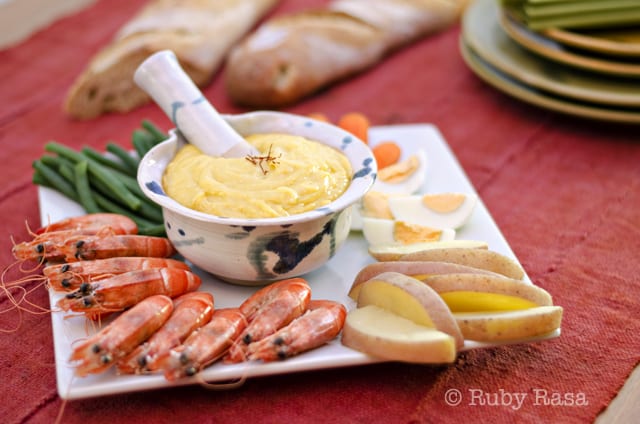 A final note of caution: don’t be tempted to try and make this in a food processor. Even when it works, you wind up with a thinner sauce. And besides, it’s somewhat therapeutic to methodically drizzle oil with one arm whilst mixing frantically with the other until they both beg for mercy. And cheaper than a gym membership.

Print
Aïoli refers not only to mayonnaise, but to a meal of the sauce and food to dip. In south France, aïoli garni comes with veggies, eggs, cod, and escargot.
Author: Ruby Rasa
Recipe Type: Sauce and main meal
Cuisine: French/Mediterranean
Serves: 6
Ingredients
Instructions
3.2.1275

I Know The Chef: An App for the Pampered Foodie