Karaage is a Japanese-style fried chicken. They are best served immediately simply with wedges of lemon, as it adds a wonderful balance to the fried wings. You could also serve with a small bowl of Japanese mayonnaise and a bottle of Shichimi Togarashi to sprinkle for some added heat.
By Sara McCleary 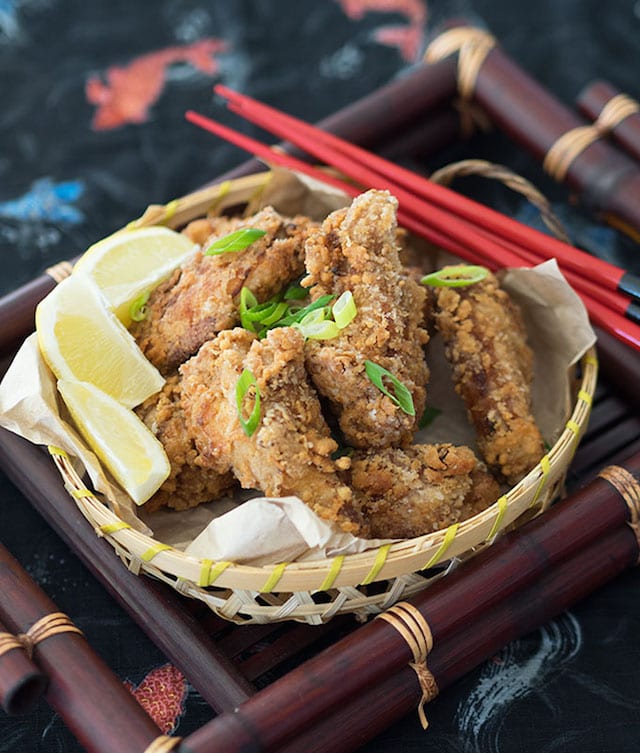 A little secret sharing first. This wasn’t meant to be a chicken wing recipe, it was meant to be an Aussie sausage roll recipe to celebrate Australia Day, which is fast approaching.

A very important fact about pineapple was discovered over the weekend. It is a brilliant tenderiser for meat. So much so, that it turned the filling of my macadamia and pineapple sausage rolls into a non textural funky paste. A slightly grainy paste with no texture whatsoever except the occasional chunk of macadamia nut here and there. Quite a bizarre result, very funky to eat, and one I wasn’t going to palm off on you. 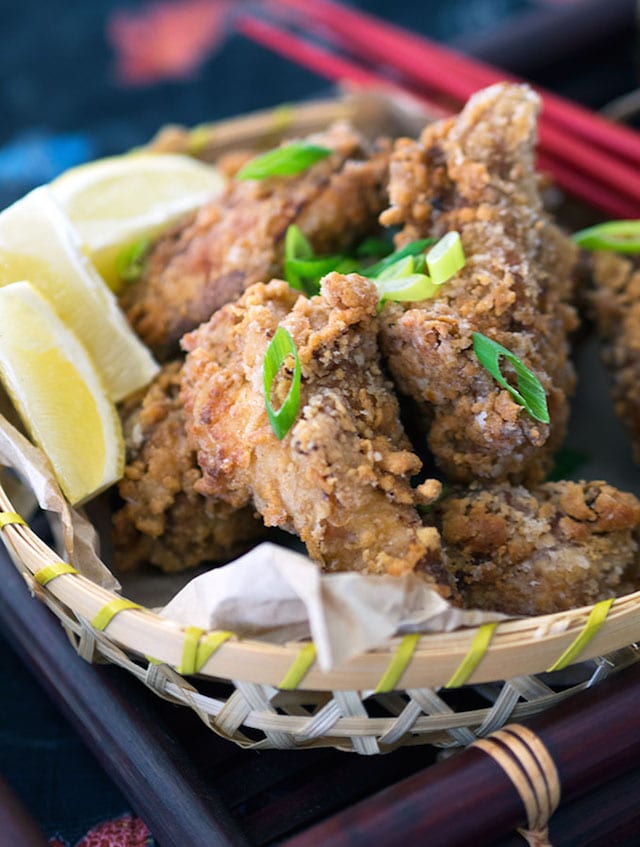 Luckily I had this recipe up my sleeve to share. If you are a fan of karaage chicken, those little fried Japanese chicken nuggets of tasty goodness, and then you will love these. Exactly the same deep fried tastiness, but in wing form. As chicken wings are a finger food, they couldn’t’ be anything else could they? You will be finger licking your way to food utopia with this recipe. 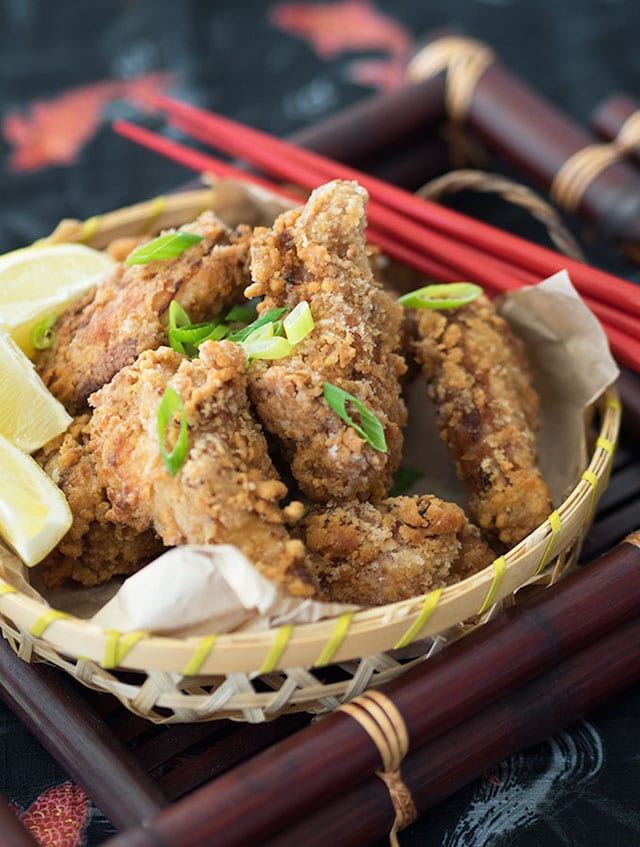