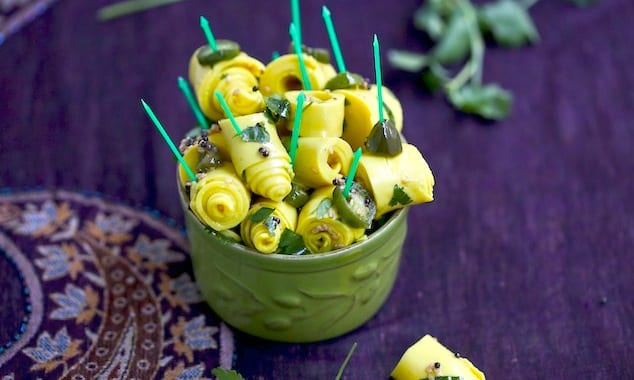 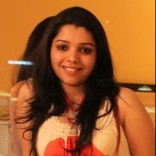 Grandmothers from Around the World Teach the Secrets of Home Cooking

Try khandvi for your next appetizer. A rolled, savory snack made of cooked yogurt and flour that is packed with Indian spices and topped with mustard and sesame seeds.
By Anita Mokashi 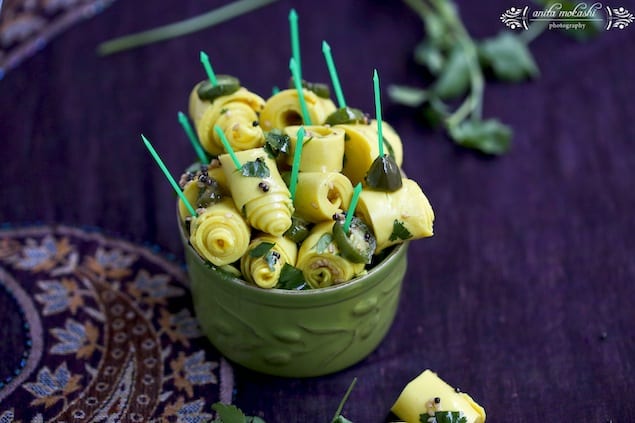 Khandvi is a savory snack from the Indian state of Gujarat, India.It is made mainly of gram flour and yoghurt which is slowly cooked into a paste. The mixture is then spread out to cool, cut, and rolled into scroll shapes. 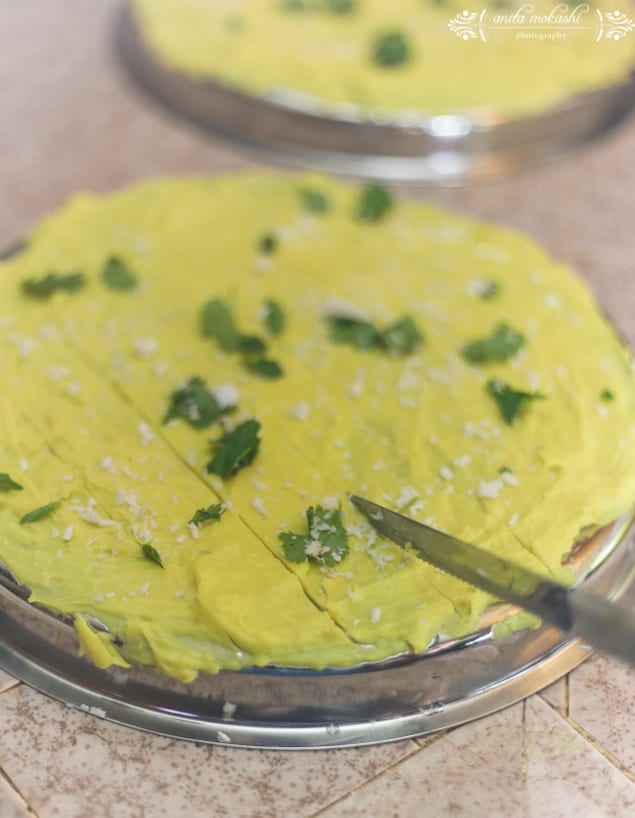 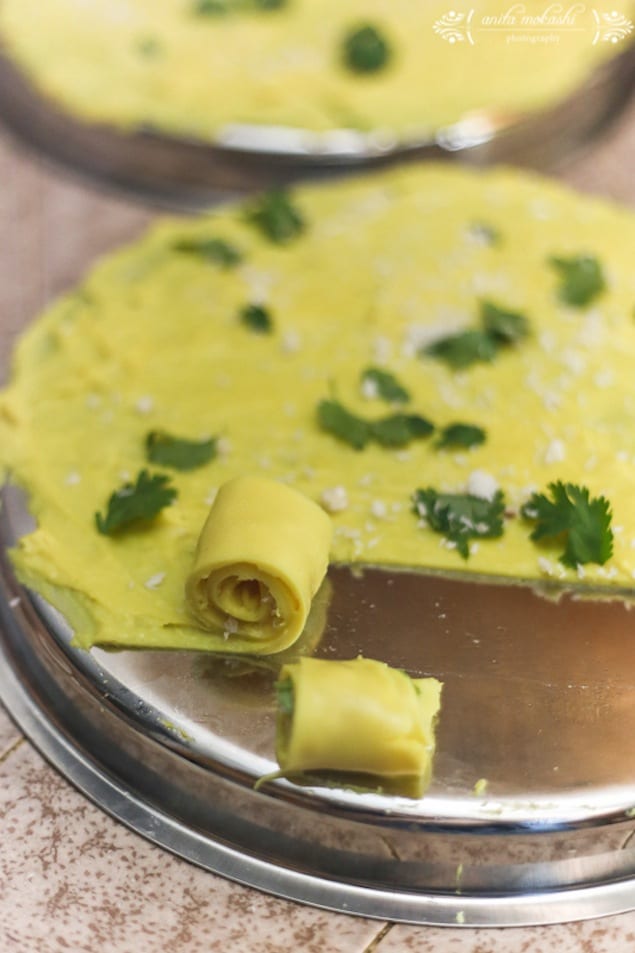 The delicious mild taste and soft texture is the reason why khandvi is a popular snack among adults and kids. It is available readily all across India as it has become a very popular item. It is commonly known for being part of the appetizer group as it is a great dish for starters. Many people choose to buy it from a local sweet shop rather than preparing it at home because it may seem difficult. Making Khandvi at home is not hard at all – in fact, it is very straight forward and simple. Other words for this famous dish include suralichi vadi, or patuli, which is what it is known as in other parts of India. They come as small bite-size rolls of cooked gram flour with various Indian spices.

The unique part about this recipe is that it’s made in microwave. I came across this technique in Shital’s Kitchen Blogspot’s Khandvi Recipe.

Khandvi is simple to make but somewhat tricky too. You have to make sure that the flour is properly cooked and it should be spread and rolled out immediately. If you let the cooked batter sit for longer time it will be difficult get the rolls out of it. 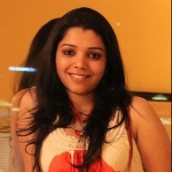 Grandmothers from Around the World Teach the Secrets of Home Cooking