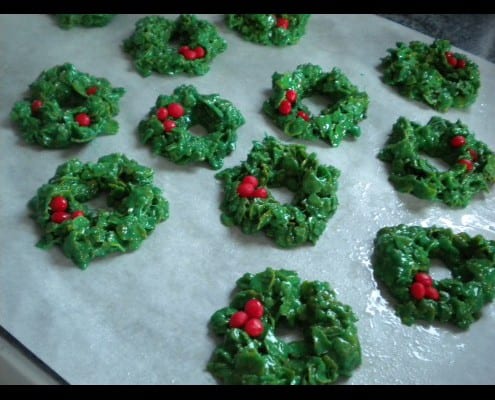 In partnership with Santa Claus, food industry professionals belong to a sort of honorary elf society. A network external to the North Pole, they help make Christmas possible.
By Marissa Sertich 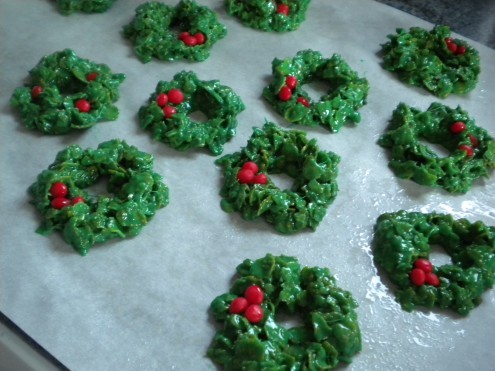 With Christmas approaching faster than an elf on a treadmill, the malls are getting more crowded, wallets are getting lighter, and the line at the post office resembles that for a new attraction at a theme park.  But, rather than a fun ride at the end, there’s a government employee selling stamps with the picture of either the baby Jesus or Elvis on them.

This year, I feel a new sort of affinity toward the post-office employee.  No matter how disgruntled, snarly, or dismissive, he or she may be, I think of the lines winding out the bakery door and of the gingerbread men whose heads will be chomped without a single thought of their creator’s labor.   When I peer through the post office window and see the boxes piled to the ceiling, I survey the organization and work involved with such vivid imagination that I nearly give myself a panic attack.   Thank goodness I’m in the cookie department.

Those of us in the food industry have also shifted into full gear.  In partnership with Santa Claus, we belong to a sort of honorary elf society. A network external to the North Pole, we help make Christmas possible.  Whether shipping your bundles from here to Kalamazoo, or frosting your cupcakes red and green, we possess elf-like tendencies.

People often overlook those who make their holiday parties possible.   Ordering the ingredients, organizing the helper-elves’ work schedules, the stress of deadlines, the long hours, all while trying to behave as a civilized elf should, can take its toll.

Yet, despite the obvious burdens, through careful organization and preparation (and a little bit of chaos), it is fun to be a part of the holiday celebrations of hundreds of people.  Through hard work, we put little more cake into the world and that’s a lovely thought.  Once the celebrations are over and the last pie is boxed and sold, I am certain that there is magic in Christmas.   Without flying sleighs, or talking snowmen, or even Santa Claus, people do magical things at Christmas time. 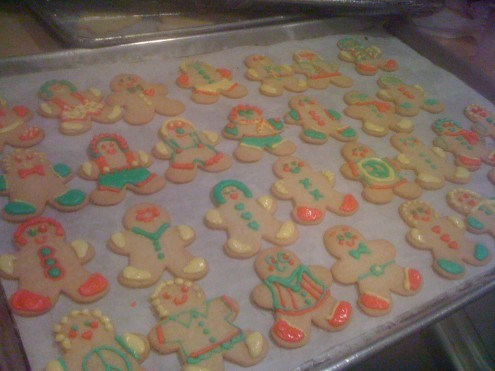