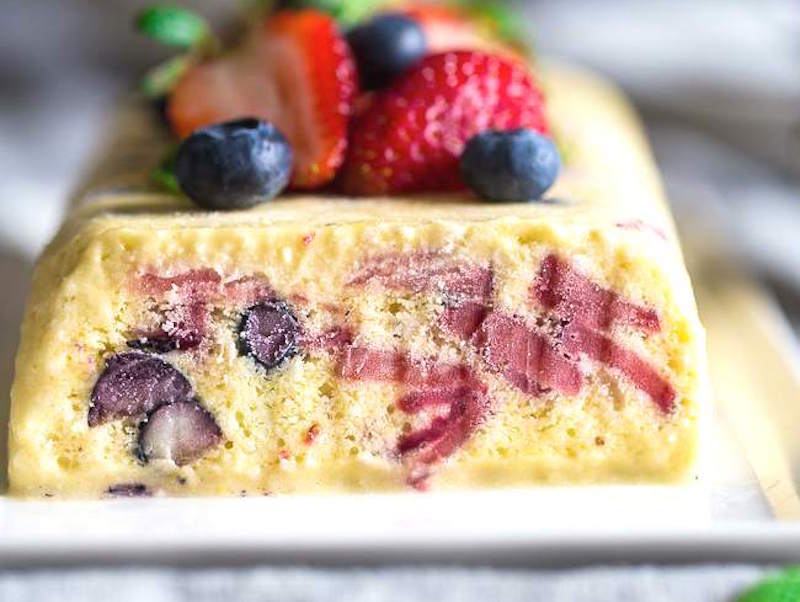 Honey Lemon Semifreddo is simple, fresh and delicious. The cool, semi-frozen texture is the perfect thing to quench the summer heat.

I can tell that most of you are already judging this recipe by the title, before even reading the steps.

You’ve had semifreddo before, which means you probably know that they are the ultimate of semi-frozen dessert, and you think that means they’re difficult to make. Guess what? It’s not. In fact you can make this bad boy up to 3 days ahead of time! See? No stress.

What I was trying to get at is that this frozen-loaf-of-whipped perfection is like munching your way through slices of creamy, syrupy-sweet-honey-and-coconut clouds.

Did I ever tell you that I call honey “liquid gold?” Probably not because I just started, like, right now, but it is. Especially when it’s mixed with fruity bursts of frozen strawberries and blueberries, and then finished with POPS of fresh, zesty lemon. 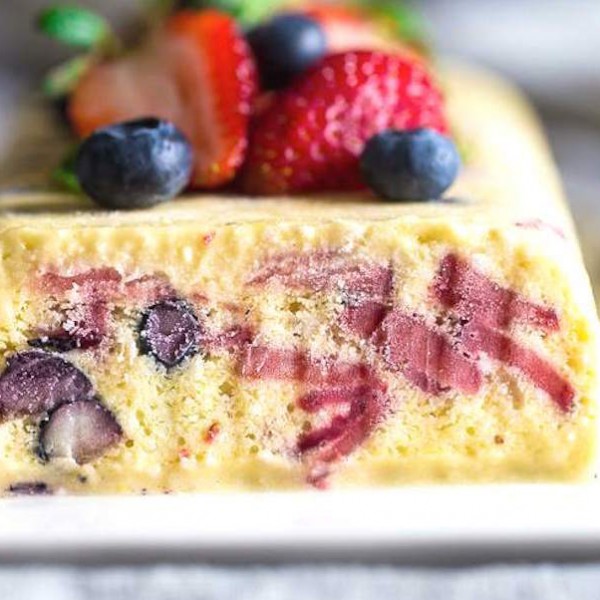