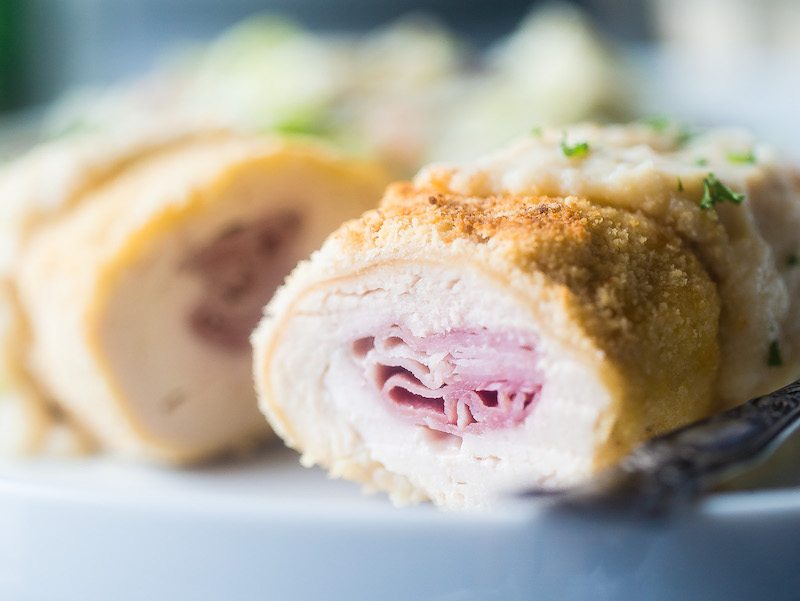 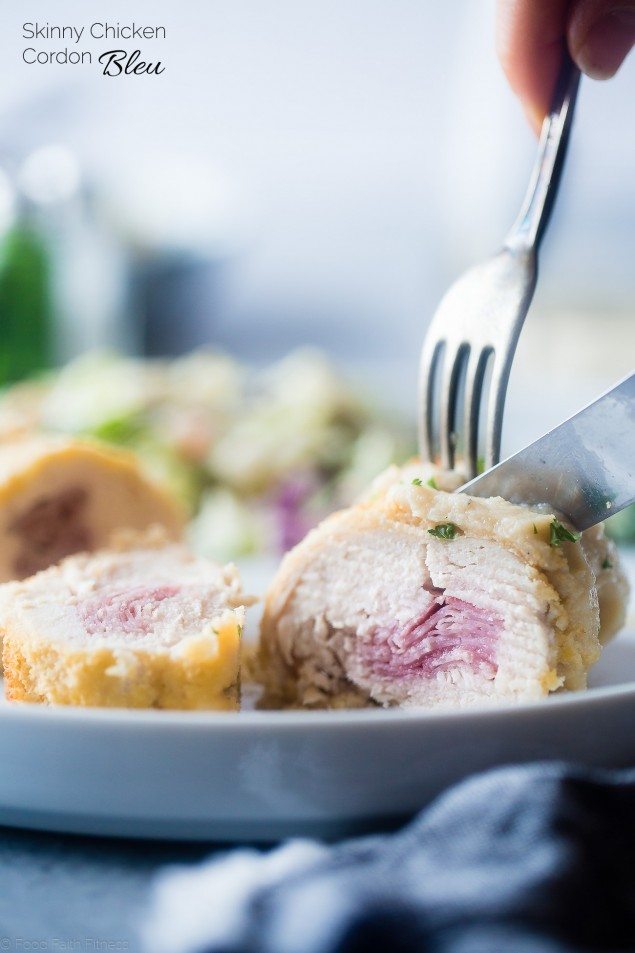 Cauliflower sauce that has wine. Because we need to balance out the “hidden vegetable” shenanigans amIright?

Also. Because FAAAANCCCY people put wine in their food. And drink wine with their meals.

Yes, I am suggesting this a good life choice when you sit down to explosions of yummy pockets of chicken love at your dinner table. 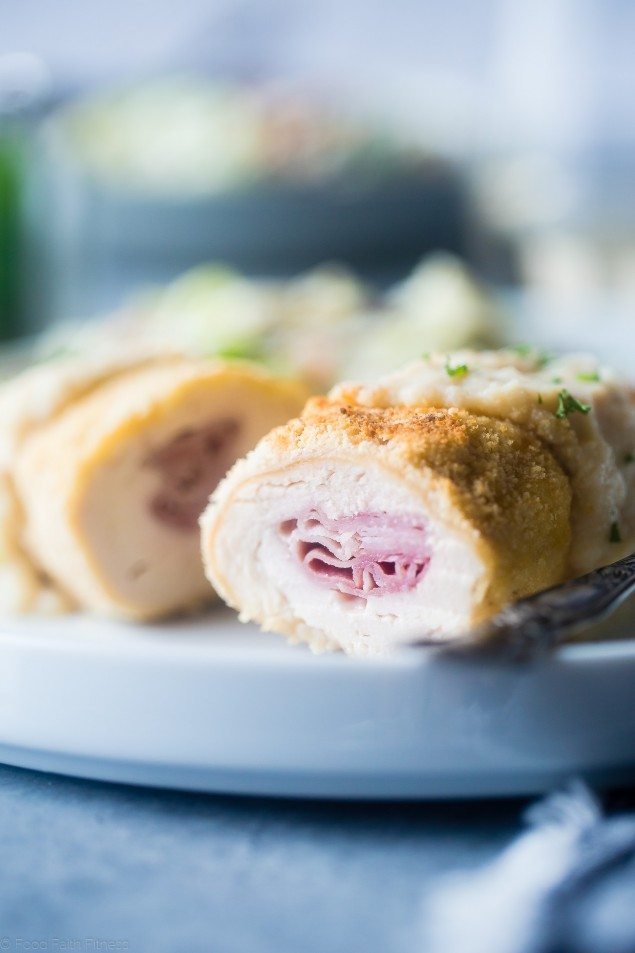 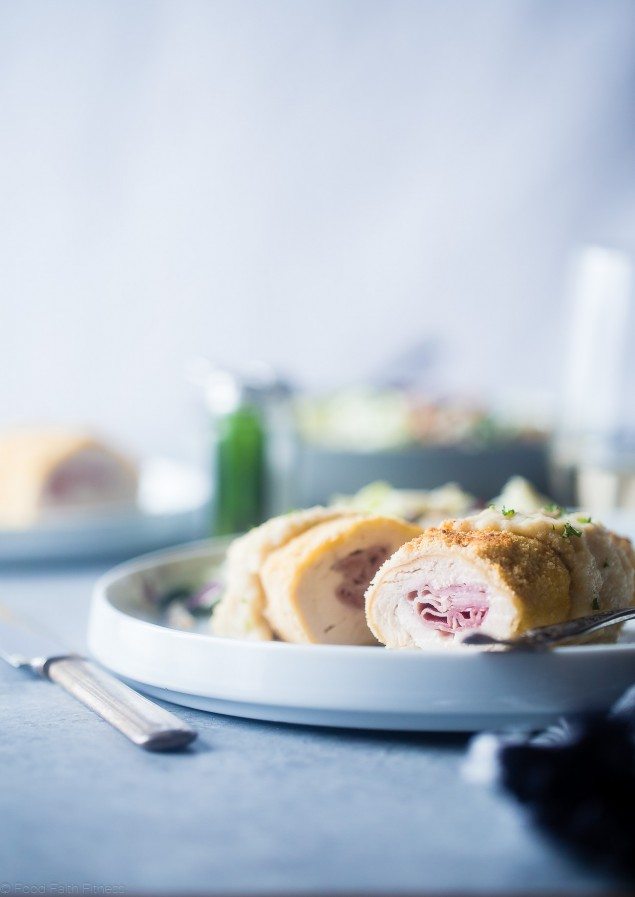 My family used to have “fancy dinner nights” were Momma FFF made chicken cordon bleu. Aaaaand, by “made” I mean she took it out a shiny little red box and put it on the oven. GUYS. I ATE FOOD FROM A BOX AND DID NOT DIE.

I’m mostly just telling you that because I think some people take eating healthy a little too far. I still eat food from boxes on VERY rare occasions. I have a weakness for the odd bowl of KD.

There, I said it. Sometimes you just NEED IT. 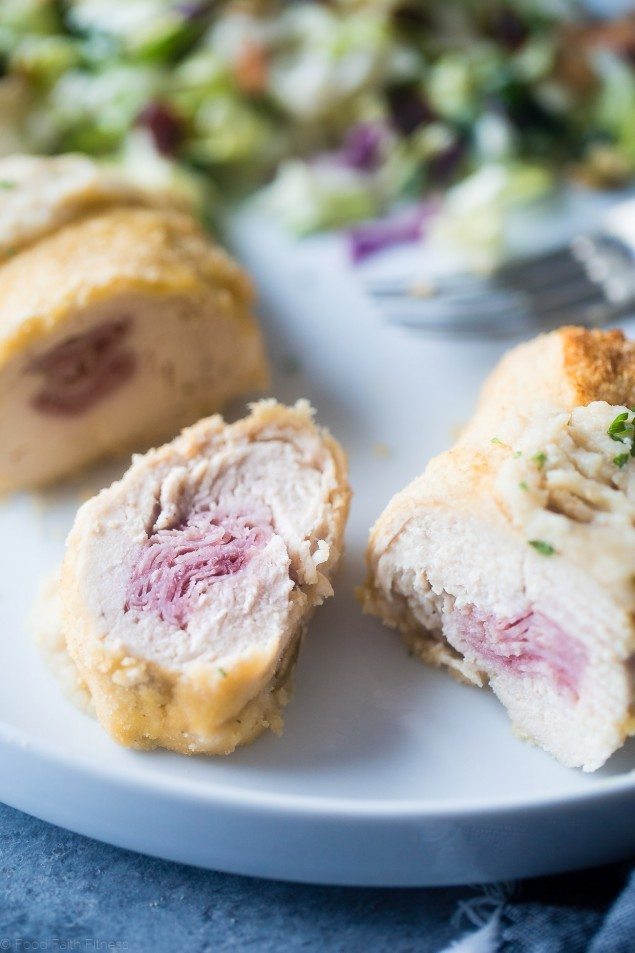 Either way. “Fancy boxed dinner nights” were super special and fun in my real-childhood-life and something that still give me warm fuzzies in my belly.

Which obviously need to be re-created in the adult-part of my now-life.

ONE hiccup though. The man that I married can’t eat cheese…which is (USUALLY) key to the making of Chicken Cordon Bleu. I also don’t make our regular, weeknight meals from boxes, so there was also that issue.

Mr. FFF had the idea to use the “cheese” part of last year’s vegan broccoli cheese soup as the sauce. However, this requires soaking of cashews overnight, blending, mixing and other generally time consuming things, that require you to wash WAY TOO MANY DISHES. I just knew this was not going to fly with your stupid-easy-weeknight-dinner-idea needing souls. 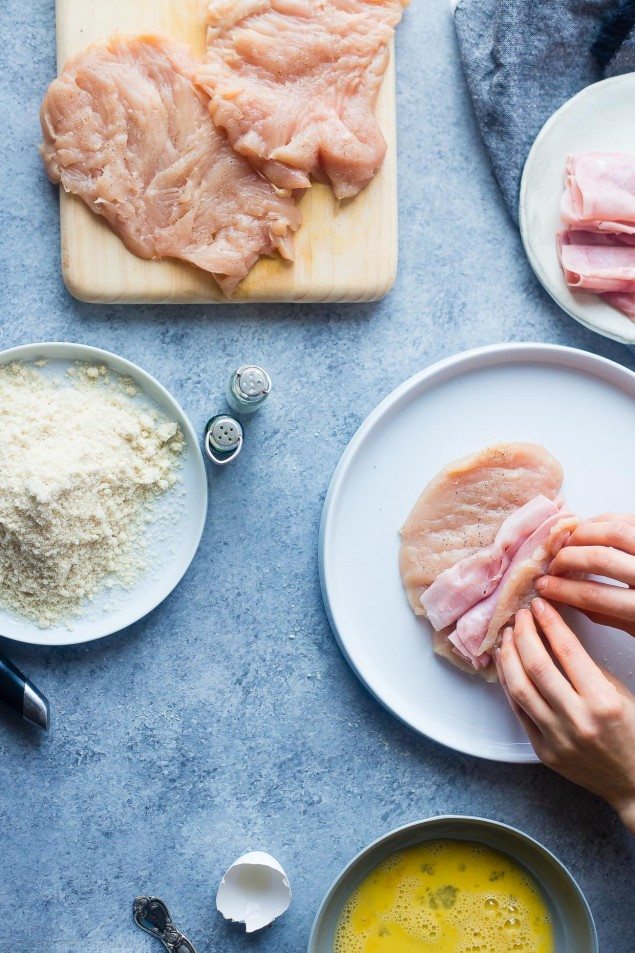 With wine. Favorite part of this sauce. Hands down.

It also only takes 10 minute to make. Which is about eleventy billion times shorter than letting cashews hangout in a bowl of water for 24 hours. No one has time for that. 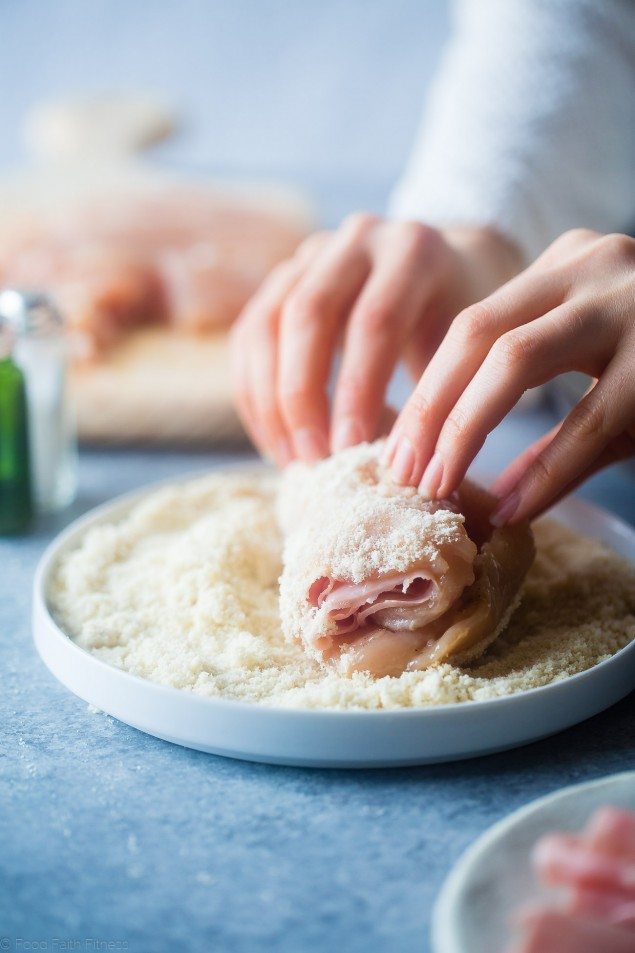 Dredging the chicken in some creamy eggs, and then letting it roll around in a plate full of almond flour and baking it on a cooling rack is the ultimate secret to getting a thin, crispy-crunchy layer of YUM on the outside of your chicken. This is A MUST have, since the sauce is creamy and smooth, with soft ham on the inside. 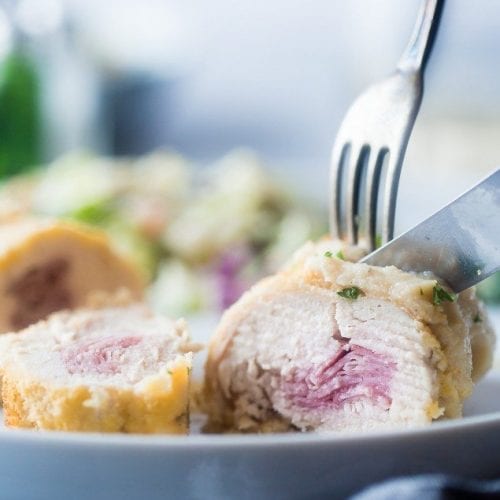