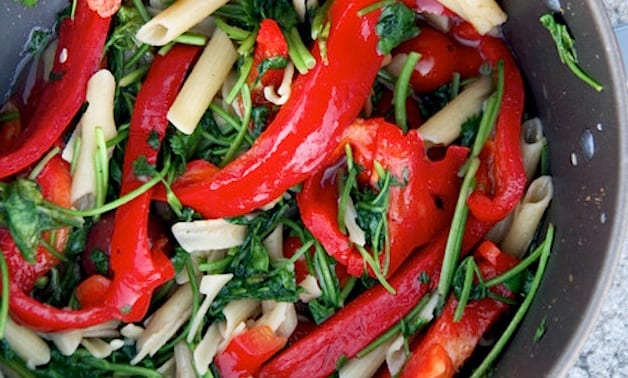 This roasted vegetable pasta is hearty, earth, and sweet with pistachios. It can easily be doubled to feed a crowd on a warm day. Serve with a bottle of wine and a crusty bread.
By Mariela Alvarez Toro 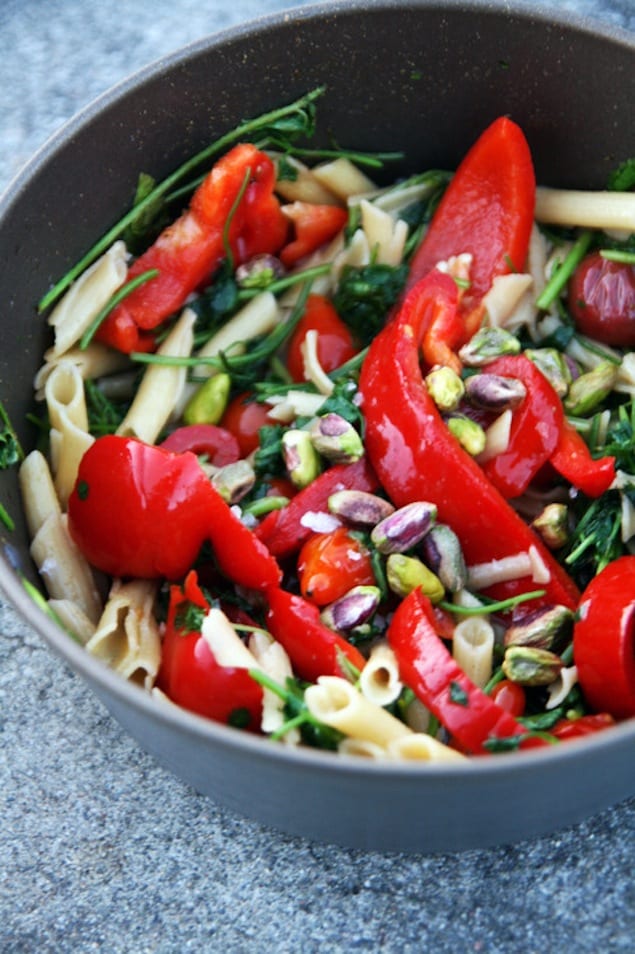 Though this recipe feeds two, it can be easily doubled, or tripled to serve a crowd on a warm spring or summer day accompanied by a good bottle of wine and a nice piece of bread.

Juicy Carne Asada on the Grill