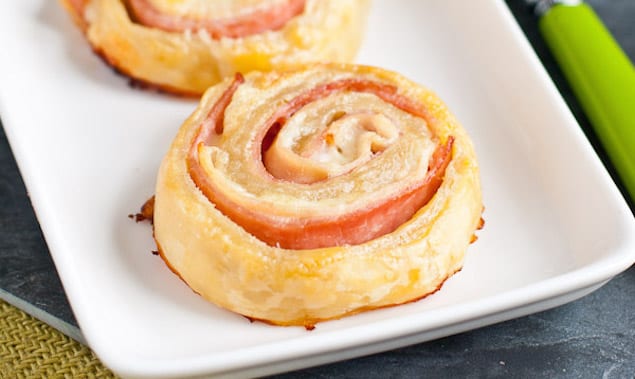 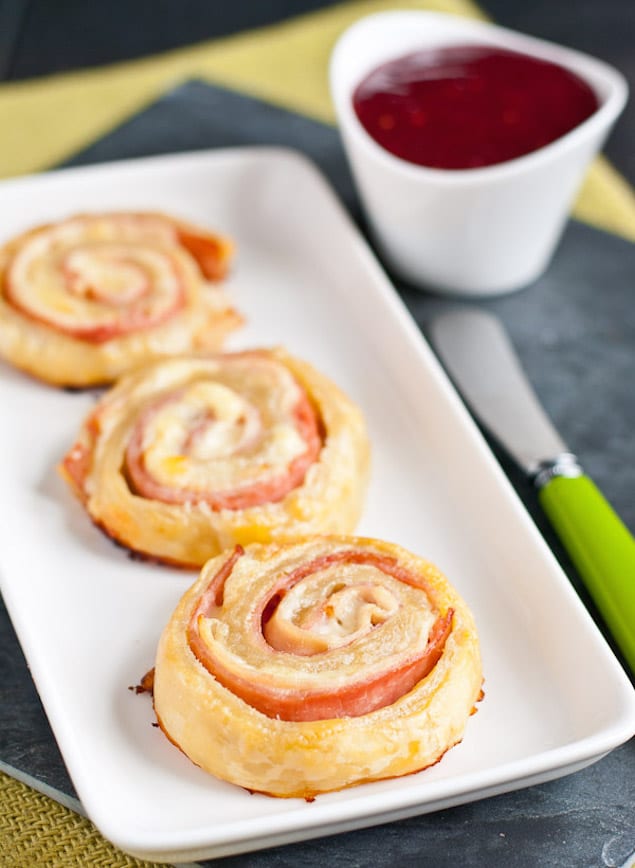 When I discovered the Monte Cristo sandwich in college I instantly fell in love. Stuffed with ham, turkey, and cheese then dunked in egg and pan fried like french toast, it’s a combination that satisfies both my sweet and savory tooth. 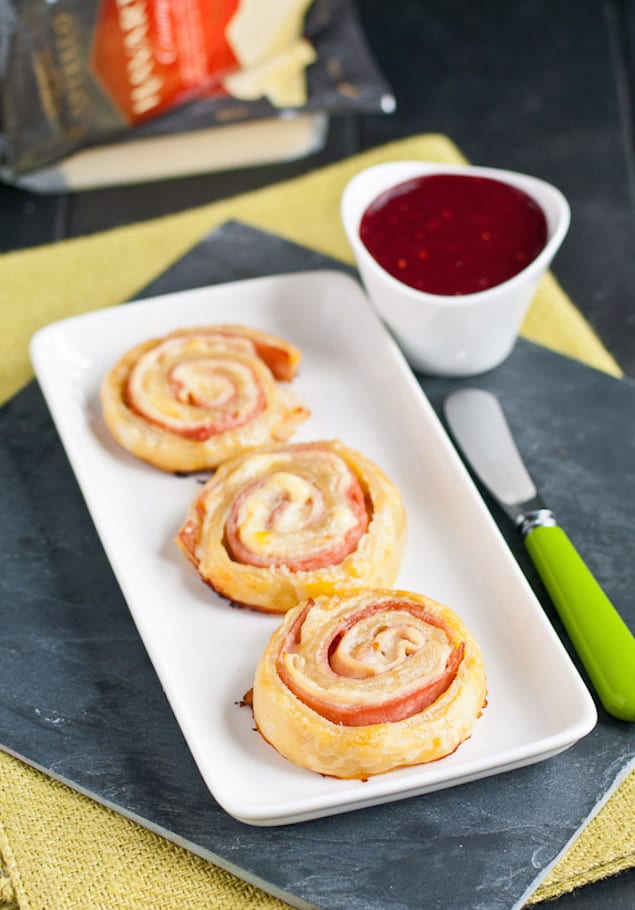 I recently got the opportunity to try Castello’s Creamy Havarti Cheese, and the moment I tasted this slightly tangy, extra smooth cheese, I knew it was made for Monte Cristos. Both the texture and flavor of this cheese lends itself well to fruity combinations. Though it was tough not to eat the entire block in one sitting, I knew this cheese was destined for more than just a knife and my mouth.

I decided to stray a bit from tradition and turn the classic Monte Cristo Sandwich into a bite sized appetizer, because bite sized = I can have five. Traditionally, Monte Cristos are served with some kind of fruit topping. I know some of you cringe at the idea of spreading fruit on a ham and cheese sandwich, but trust me, this combo is addictive. Savory ham and melty cheese wrapped in a flaky puff pastry blanket and dunked in tangy raspberry preserves? Yes. 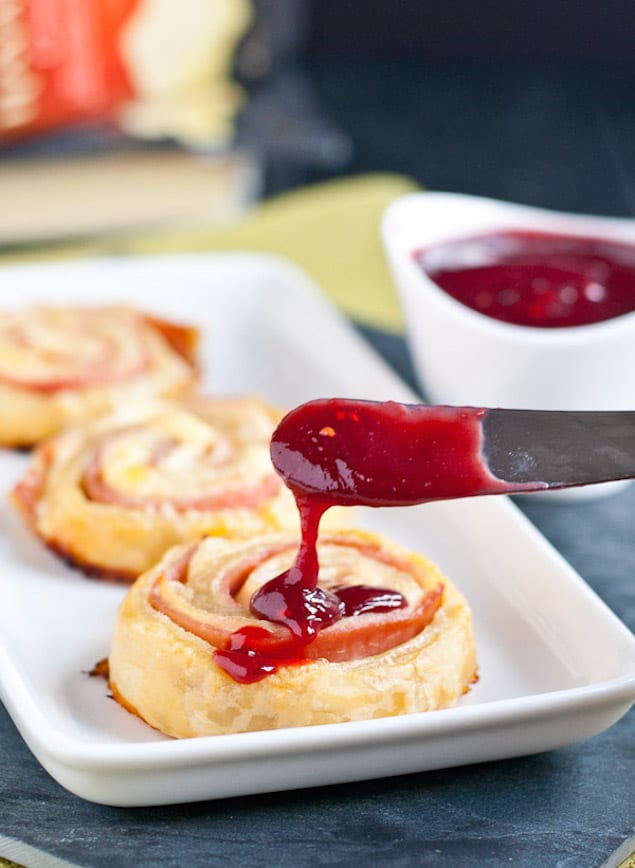 Made in under 30 minutes, this is an appetizer recipe you’ll definitely want to keep around for last minute parties. Or hey, maybe just lunch today.

Get creative with any of Castello’s uniquely crafted cheeses. Click here for a $1 off coupon to create your own gourmet masterpiece.