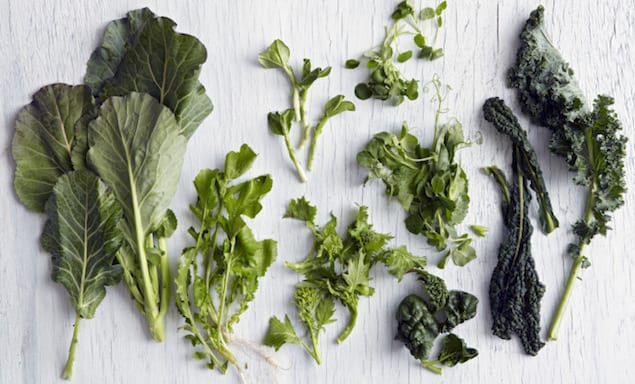 Get to know your greens and celebrate the season with essential information on what to pair with spring’s bounty and recipes from cookbook author Molly Watson.
By Danielle Isbell

Despite the seemingly endless cold fronts that created apocalyptic-like challenges (though, nothing a Boston biker couldn’t face) over the past two months, spring is finally here. And we couldn’t be happier.

To celebrate the season, we’re featuring essential information on eight must-know spring greens along with a pair of nutritious recipes all pulled from the new Greens + Grains cookbook by Molly Watson. 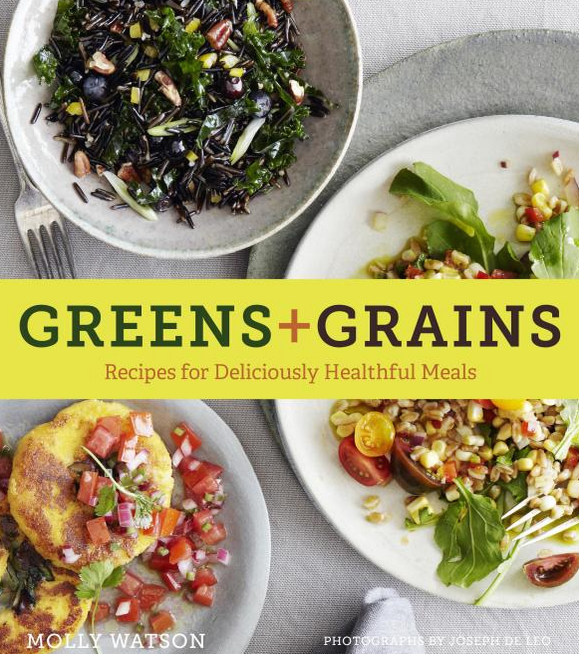 We are big fans of the recipes in Watson’s book because they are able to keep texture and protein high with grains, and fiber and nutrients plentiful with greens. Not to mention, they are bursting with diverse flavors.

8 Greens to Know This Spring by Molly Watson

Spinach: Spinach is the gateway green. Widely available and widely cooked, it’s the first green most people have eaten in a cooked form instead of tossed in a salad. While I’m all for people eating cooked greens, spinach, so mild and mellow when raw, develops a slightly bitter, even metallic or tannic, edge when cooked. This edge, as creamed spinach aficionados can attest, can be dulled with fat, most particularly butter, cream, or cheese.

The baby spinach sold in salad bins or plastic containers should be used as a salad ingredient—trying to cook them is an exercise in frustration since heat melts them down to nothing and you end up with a slippery green puddle from even the biggest pile of leaves. Such tender leaves do work nicely in soups, however, where the heat of the broth can wilt them as it’s ladled into the bowl.

Older, bigger leaves and heirloom varieties like the chef’s darling Bloomsdale spinach, however, have thick leaves with deep grooves that can stand up to a bit of heat without completely disappearing.

Arugula and Watercress: One of the best developments in supermarket produce departments in my lifetime is the widespread availability of arugula. Watercress at specialty markets is a nice touch, too. Most people toss both in salads, and that is a fine and noble thing, but their peppery flavor works in many cooked dishes, as well. Like spinach, arugula and watercress cook quickly and wilt down into a shadow of their raw selves. I use this to my advantage in soups, where the hot broth cooks them in the serving bowl, and at other times that I want greens to wilt down in a jiffy.

Pea Greens: These young shoots and fine tendrils from pea plants are sold in towered tangled masses. They cook down quickly and have a delicate flavor that is easily overshadowed if cooked with too much seasoning. Keep things simple with a bit of oil and small amounts of aromatics like onions, garlic, or ginger to make sure the soft pea-like flavor can shine.

Fava Greens: Fava greens have a wonderfully nutty flavor and cook up much like spinach or nettles—quickly. Favas are in the family of “nitrogen fixers,” plants that put nitrogen back into the soil, working as natural fertilizers. Lots of farmers plant fava beans to fix nitrogen in the soil before planting the “real” crop on that plot, with no intention of letting the plants come to maturity or harvesting the fat pods. Some will bring the leaves to markets or sell them to specialty stores. Savvy cooks who have trouble finding them let farmers know they’re interested in buying the small, pointed leaves of the plants.

Broccoli Raab: I’ve seen small sprigs of broccoli-like vegetables labeled “broccoli raab” at markets, but what I’m talking about is mainly greens, with a tiny broccoli-looking floret here and there. It has an assertive flavor (that’s a nice way of saying it!) that benefits greatly from being cooked with other strong flavors like garlic, anchovies, and chiles. It likes to hang out with tomatoes a lot, too.

Kale: The darling of healthful diets, kale comes in many varieties, from the wide curly green leaves labeled “curly kale,” “green kale,” or simply “kale” to the trim, deeply grooved but relatively flat dark blue-green leaves of dino kale, also known as lacinato kale, Tuscan kale, cavolo nero, or black kale. Red-tinged Russian kale is increasingly common as well. What all these varieties share is a high-fiber toughness of character and sharpness of flavor. I succeed at cooking kale when I embrace these qualities, rather than fight them. I turn to kale when I want a green to stand up and maintain its shape and texture, even as I try to break it down with rough treatment and high heat.

Collard Greens: Like kale, collard greens are part of the cabbage family. They have the same rough texture, nutritional profile, and deep flavor of their more popular cousin. Both have remarkably sturdy leaves that hold up to harsh treatment, long cooking, and cold weather. Commonly thought of as a winter green, collard greens tend to have two growing seasons, one that starts in spring and early summer and another in the fall. 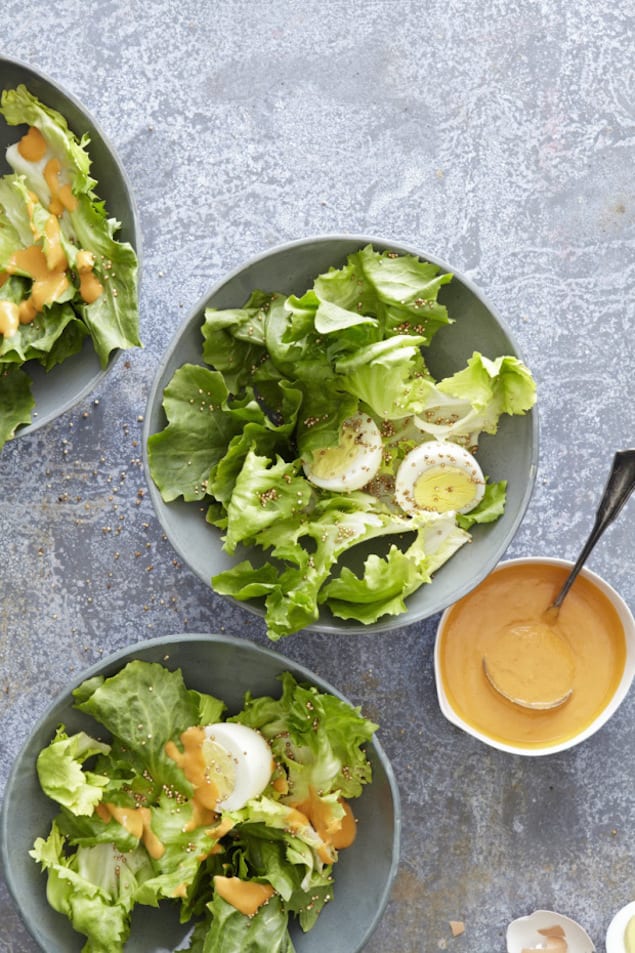 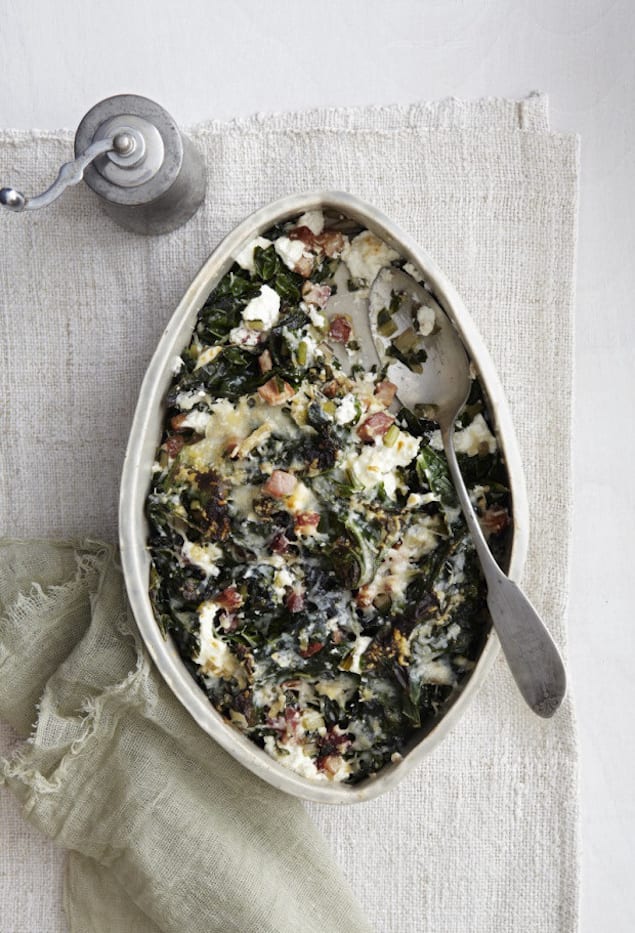