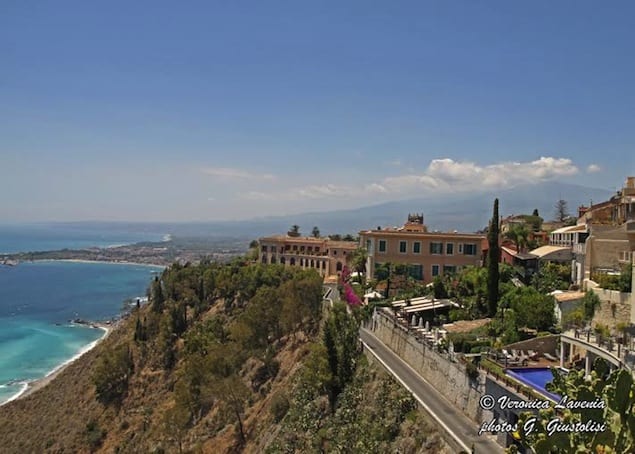 Explore the essence of Sicily in Taormina. From gelato to public gardens, explore the Pearl just as the artist and intellectuals did.
By Veronica Lavenia

In 1885, the French writer Guy de Maupassant wrote in La vie Errante: “If somebody might pass only one day in Sicily and asked: “What should I visit?” I would answer without hesitate: Taormina. It is only a landscape, but a landscape in which you can find all that seems to be created on earth to seduce the eyes, mind and fantasy.”

It is not “just” the intensely blue of the sky and the sea that compete to catch the eye. It is not “just” the nature in bloom, the scent of orange blossoms and bougainvillea, that colors and smells every corner of the city. It is not “just” the scent of Mediterranean food flavor, that makes you fall in love with Taormina. It is, above all, the essence of Sicily enclosed in a piece of land rich in landscapes and settlements. On the one hand, the coast where the view is lost until near Syracuse. On the other hand, the strip of land that separates Sicily from Calabria Region. Behind such splendor Mount Etna, the highest volcano in Europe and one of the busiest in the world. 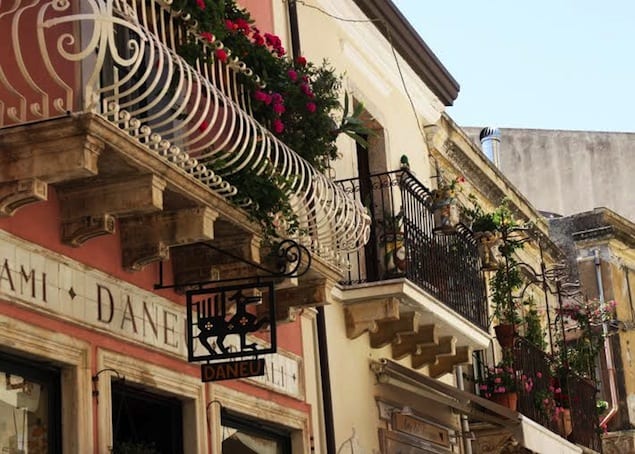 Where History Has Left Its Mark
The origin of Taormina dates back to the mid-fourth century BC, at 358. Established by Andromachus, the city was born with the name of Tauromenium, which means dwelling on “Tauro”, indicating the mountain where it was built.
Taormina became an important trading center for the Romans who endowed it of a huge tank for water supply.
The Arabs, during their domination, reclaimed land, rationalizing the irrigation system according to criteria that are still in use in modern Sicily and captured by modern hydraulic engineering.
Conquered by the Normans, Taormina was inhabited, during the period of Aragon, from some important feudal families.
After a century of decline, Taormina regains its splendor since the eighteenth century, when, in the footsteps of Goethe, who spoke enthusiastically of it, the Pearl of the Ionian Sea, as it is called, became a destination for aristocrats, artists, intellectuals and wealthy Northern Europeans patrons who spread its image of haunting beauty throughout Europe. 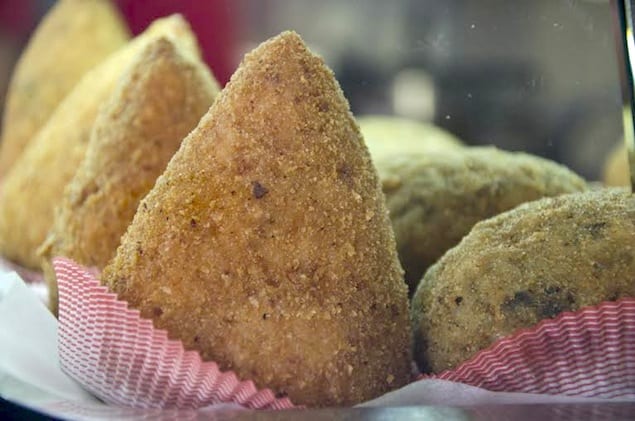 The Years of the Dolce Vita
From the end of the Fifties of the last century until the Seventies, Taormina has lived its most flourishing period.
The International Film Festival at the Greek-theatre was an appointment to which were invited the world’s greatest personalities of international cinema. All the most famous artists passed from Taormina to collect the golden statuettes. Sophia Loren, Marlon Brando, Federico Fellini, Rita Hayworth, Marlene Dietrich, Gregory Peck, Cary Grant, Elizabeth Taylor, Richard Burton have been the lifeblood of the Dolce Vita in Taormina.

Truman Capote and Tennessee Williams are two of the charismatic personalities who have lived in Taormina.
In the two years he lived there, Truman Capote lived like a bohemian. Famous were the turbulent evenings in the salons of the luxury hotels or at the tables of the historic coffee- bar “Mocambo”. The chronicles of the time tell that he walked with shorts even in winter and turned to Taormina with a straw bag. He loved to go to the fruit and veg market, fascinated by the ability of fishermen and farmers to sell, at a great price, their goods.

Equally eccentric was Tennessee Williams. Arrived in Sicily in the same period of Capote but with fame and wealth much more consolidated, Williams spent his holidays in Taormina at the “San Domenico Palace Hotel” (ranked among the ten most beautiful hotels in the world) where, according to the writings of the time, he paid very high accounts for cocktails and lunches offered to friends, leaving big tips.

What to Eat
Taormina has many restaurants (also Michelin-starred restaurants), Trattorie and Pizzerie. Although a Trattoria is a cheaper and simpler place than a Ristorante, in Taormina they both serve excellent Sicilian meals: cold dishes as Insalata di mare (seafood salad tossed in olive oil, lemon and herbs), vegetables, salami, olives, stuffed artichoke hearts, anchovies and aubergines in various guises, Pomodori ripeni (stuffed tomatoes). Eggplants are offered in many dishes: grilled, fried, stuffed or baked in a cheese and tomato sauce (Melanzane alla parmigiana or Parmigiana di melanzane).

A must stop in the bar-cafè of the city for the tasting of typical Sicilian specialties. Not only cannoli, cassata, granita, gelato but also arancini (called arancine in Western Sicily), the famous stuffed fried rice balls with many different filling (ragu sauce, butter sauce, spinach, eggplant or other vegetables). 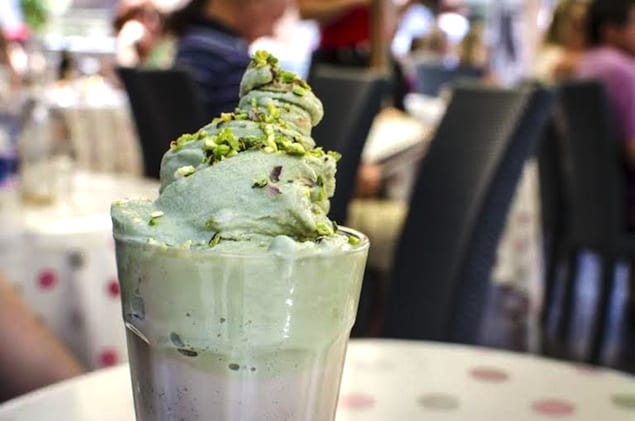 The City of Rice, Arborio

The Art of Sicilian Gelato
Despite having ancient roots (Arabs and ancient Romans), the invention of the gelato is due to a Sicilian, Francesco Procopio dei Coltelli. Procopio inherited from his grandfather a rudimentary ice cream maker that he tried to improve. Tired of doing the fisherman, he decided to move to France. Arriving in Paris, Procopio translated into French his name to François de Procope Couteaux and made a huge fortune. In 1686, in Paris, Procopio opened the cafe “Le Procope”, the oldest of the French capital, still exists. The success of the coffee-bar was due to the “gelato” of which Procopius, after several experiments, was able to improve the texture, thanks to the use of sugar as a sweetener instead of honey.

Today, the ice cream is very different from that of Procopio. In your trip to Taormina, a must stop to enjoy one of the city’s best gelato is “Licchio’s bar”, where you can try, among other things, the excellent Sicilian pistachio ice cream. Angelo Longo, owner of the cafe-bar reveals me some secrets to recognize a good homemade ice cream. “Make a good ice cream- he says- is an art that requires passion but, most importantly, product knowledge and a desire to invest in quality. In Sicily, aspiring ice-cream makers come from all over the world to learn this profession from the local ice-cream makers. Eat good ice cream is not always obvious. The consumer often is attracted by aesthetics or too sugary tastes. In truth, just look at an ice cream to notice if the quality is good or not. A good ice cream, especially on the cone, must remain creamy, should not elicit an immediate sensation of thirst, otherwise it means that it contains an excessive amount of fat or sugar. Gelato does not have to give a cold sensation on the palate because this would mean that, also in this case, there is an excessive presence of fats. Finally, a fresh ice cream should not contain any fragments of ice crystals. The presence of ice crystals indicates that the ice cream is not fresh, that has not been processed or preserved well”.

When to Visit
The mild climate of Sicily makes Taormina an ideal destination all year round. From April to November, the city enjoyed its heyday, with the typical colors and scents of orange blossoms and flowering bougainvillea.