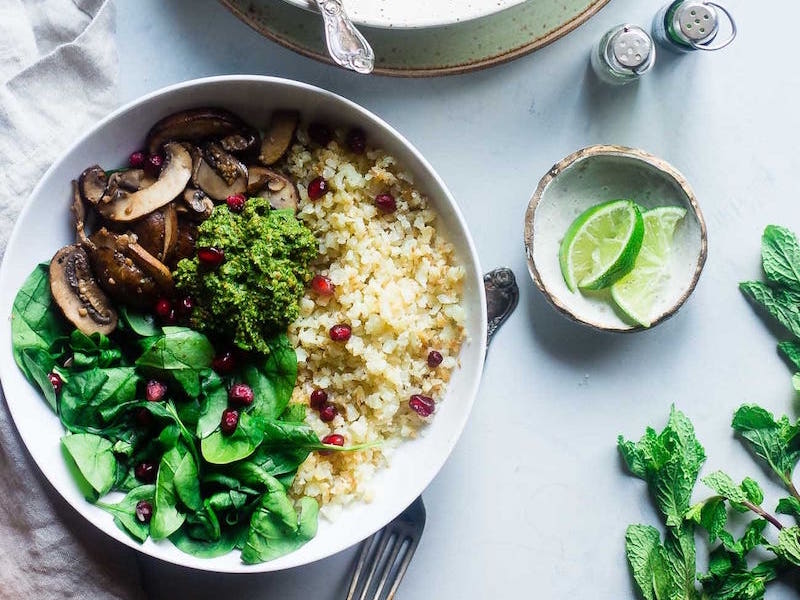 These low carb detox cauliflower mushroom bowls are packed with veggies and a delicious almond pesto! They’re a whole30 compliant, vegan and paleo friendly meal that is only 200 calories! 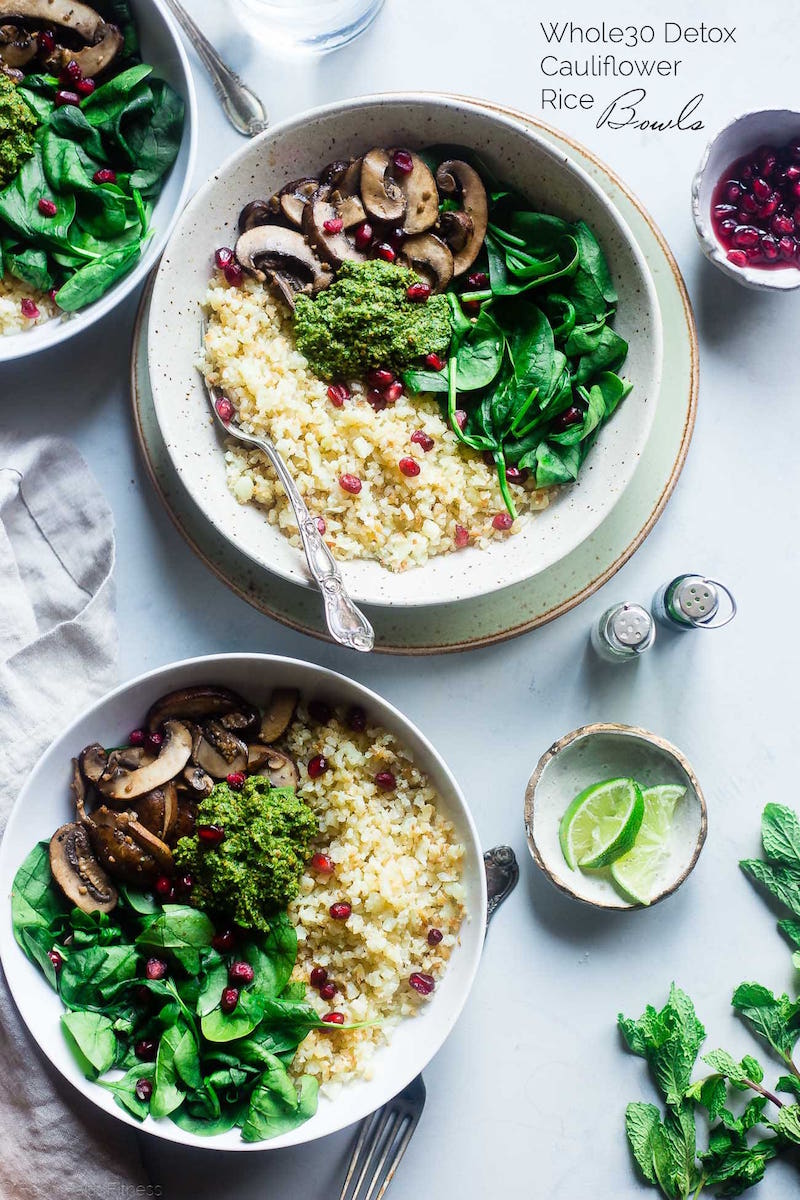 The Holiday season is OVER.

BUTBUTBUT, the ONE upside to not having an excuse to down an impressive amounts of soft, chewy, spicy-sweet cookies at EXCESSIVE speeds is that now our bodies can actually start to, you know, RUN properly due to getting good nourishment and all that stuff that comes along with it being January.

You have every excuse to eat a Kale Salad Recipe OR a bowl of tender-crisp cauliflower, meaty mushrooms and the most insanely flavorful, herb-packed pesto for lunch, and your coworkers won’t secretly call you a “granola cruncher” behind your back. 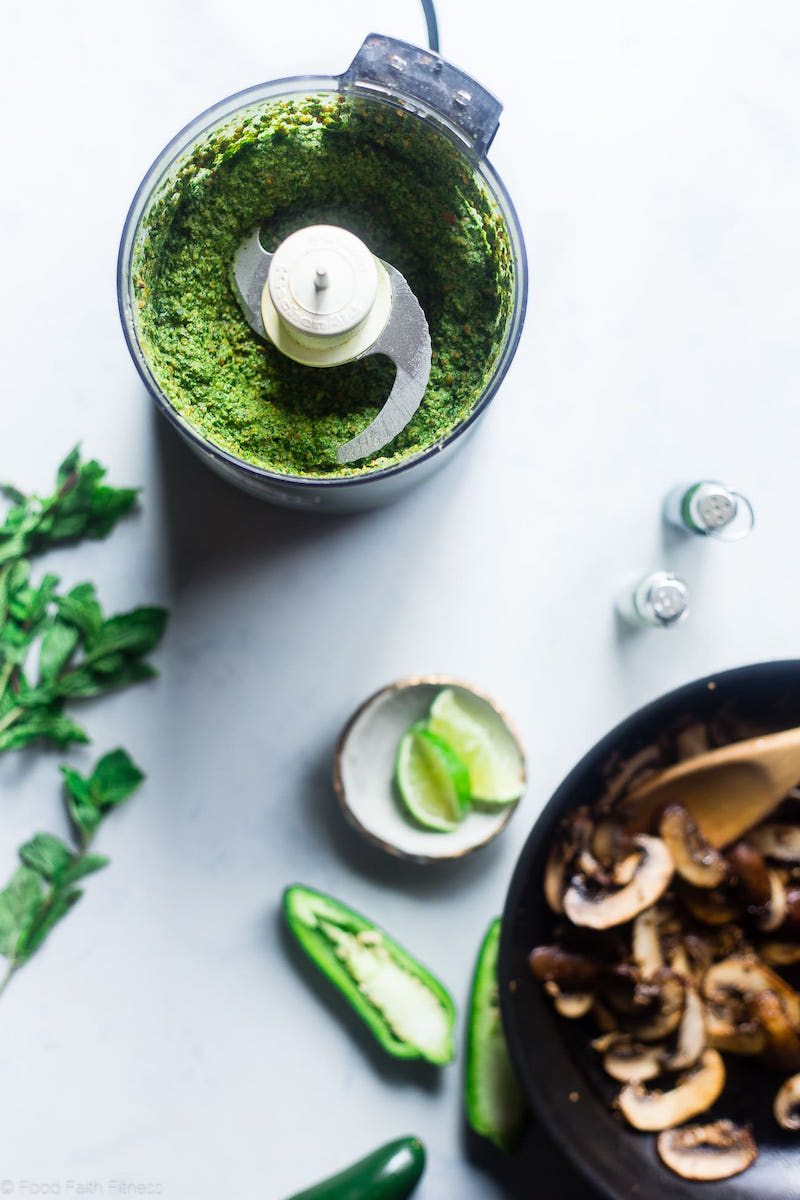 Anyway. We’re going to park our faces on the above mentioned bowl of cauliflower, mushrooms and pesto… with POMEGRANATE seeds.

You’re not at all confused that I am putting a bowl of cauliflower rice in front of your faces and singing it’s vegetably-delicious praises. Cauliflower rice is my jam. My soul-food. My spirt-veg. My E’RYTHANG.

But, mushrooms? We don’t eat those often. Mostly because I only sometimes like them. Do you ever have weird moments in your life where some days a food just sends your taste buds into a pitter patter, and some days it sends them into hiding? SO WEIRD RIGHT?!

Mushrooms make this otherwise super light and vegetal-packed bowl feel MEATY and super filling swirling around inside your hungry belly. They add the mandatory “chew factor” that makes you NOT feel like you’re eating a bowl of detoxifying, superfresh and INSANELY healthy things that rabbits probably eat too.

The pesto. OH THE PESTO. It looks eerily similar to the pesto from the lentil coconut curry with cashew cilantro pesto we ate awhile back, except with almonds. If I could smear this pesto all over both our faces in some sort of bonding ritual, I would. It would bring us closer together because it is THAT good.

The fresh mint really tones down the earthiness of the mushrooms, so that you get just a sense of forest-like undertones mingling through each garlicky bite. Of course the pesto is also heavy on the cilantro because when is any food I tell you to eat NOT? 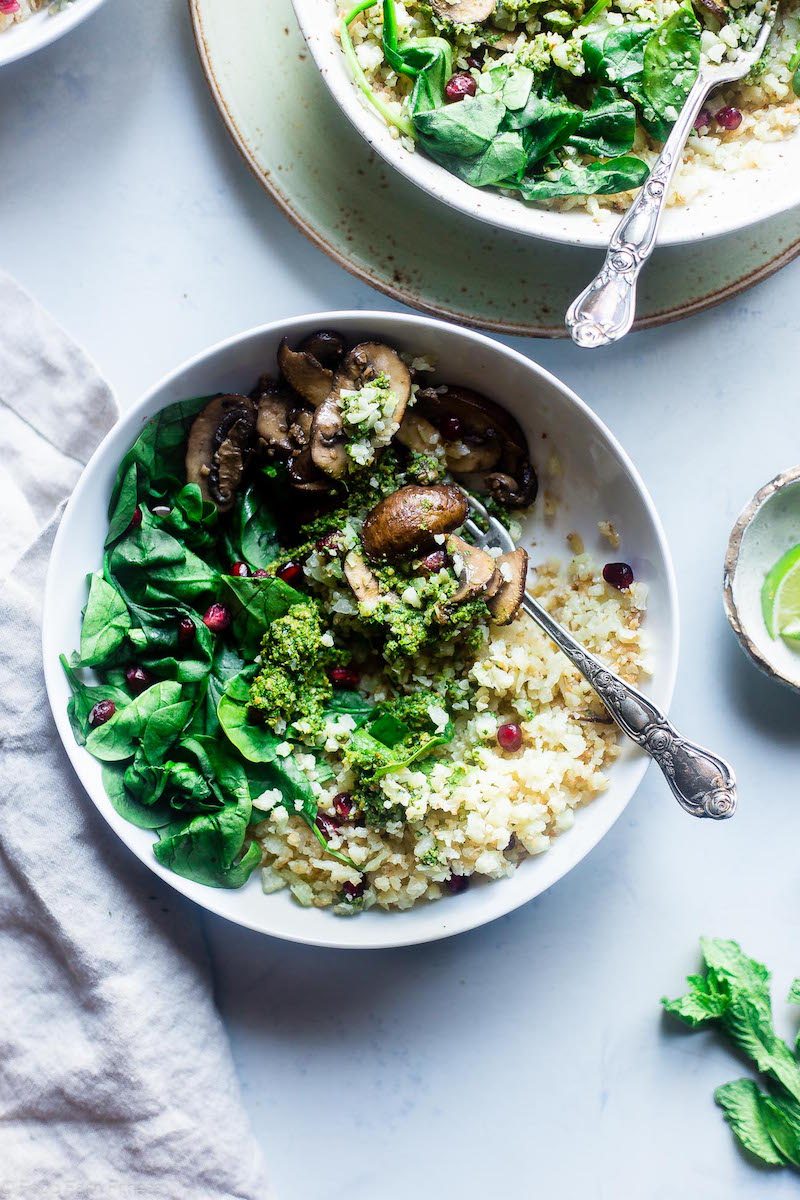 I promised you more words on pomegranates, which is really just going to be a confession: I had random leftover pomegranate seeds in my fridge so I put them on the bowl because my eyeballs told me that there was just TOOMUCHGREEN happening, with no idea how it would work in my mouth.

And, liiiike, it happened to actually taste YUM, add some addicting crunchy crunchy texture AND an extra dose of superfoods which adds to the level of “healthy-detox-making-your-skin-glow” that is all up and inside this bowl of veggies. 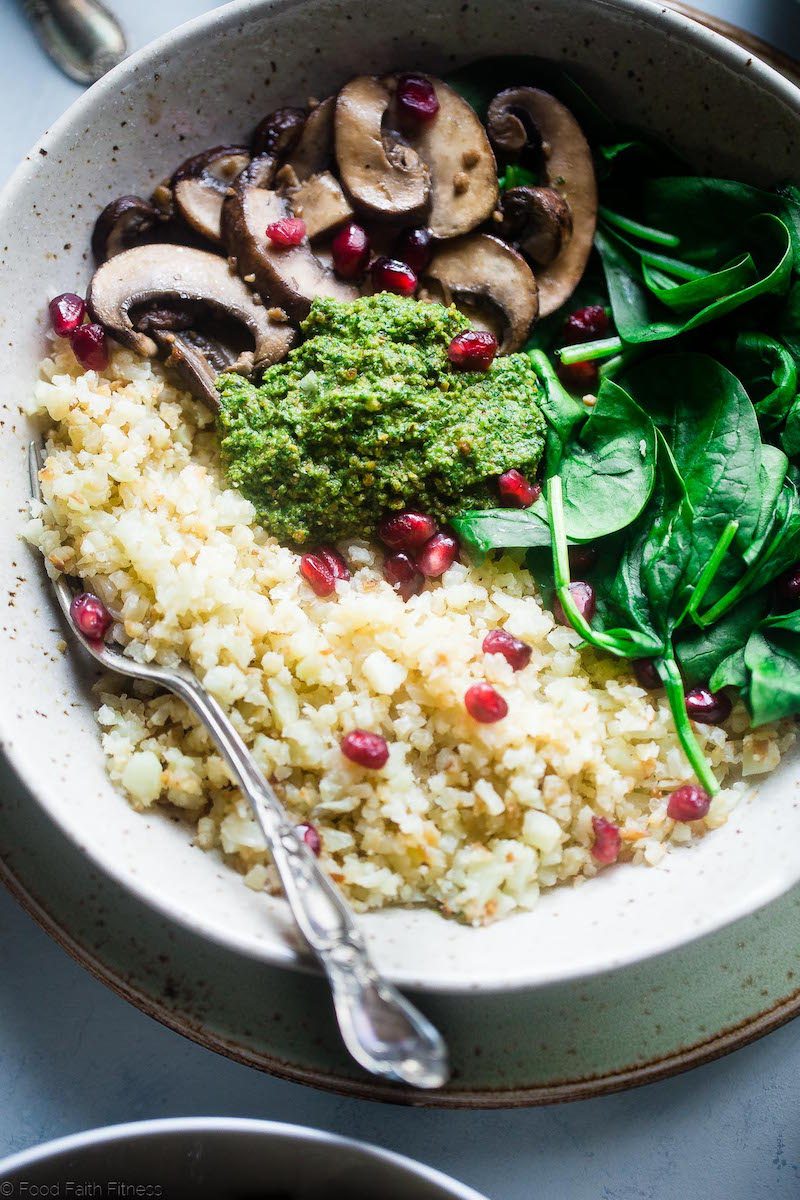 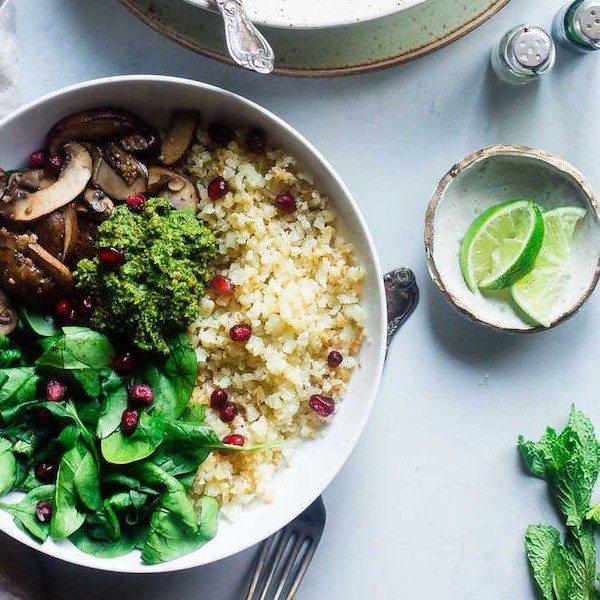