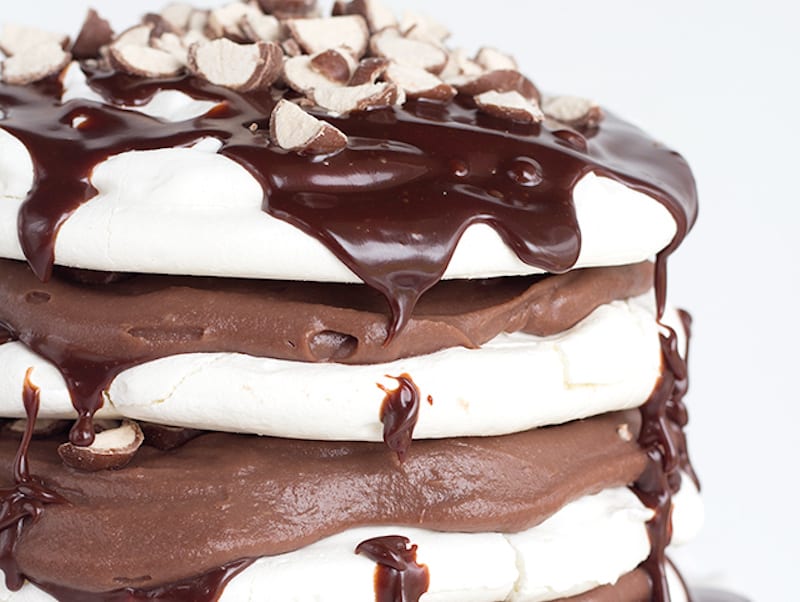 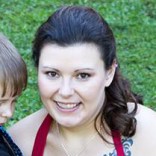 Layered with a malted chocolate pudding and ganache, this towering pavlova is sure to impress any sweet tooth. 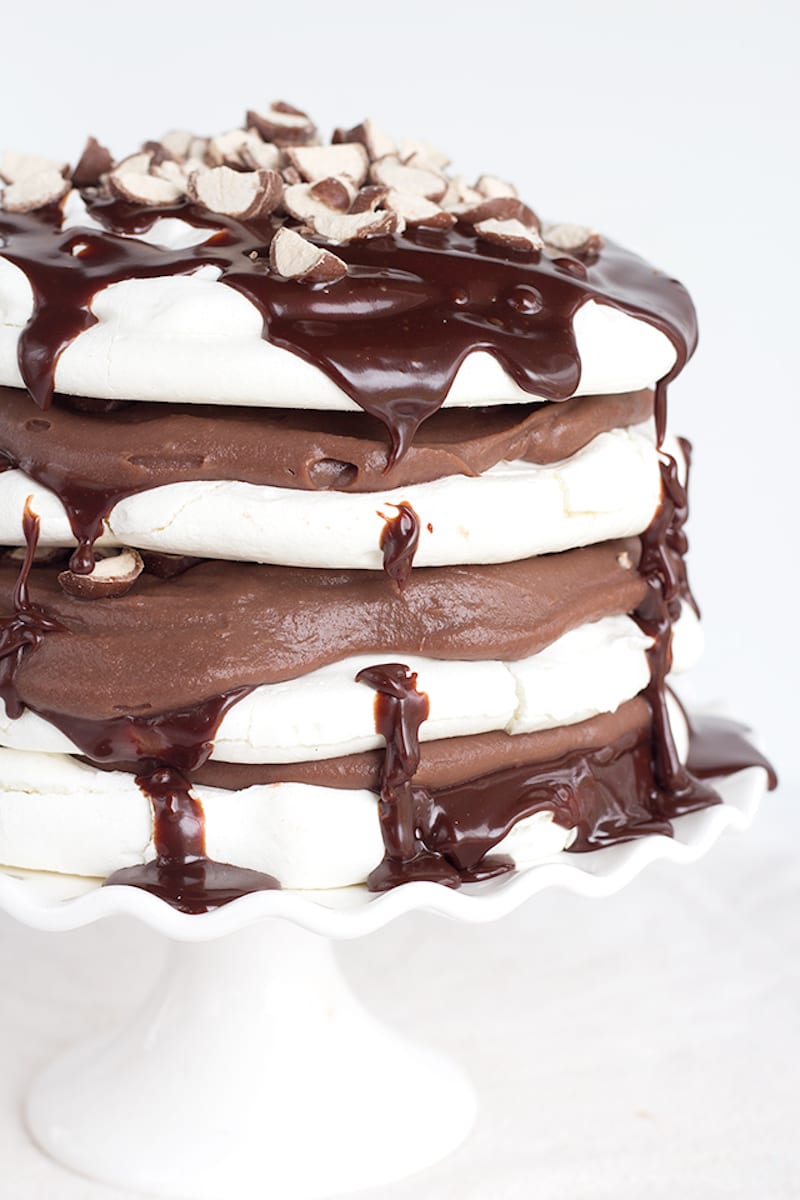 After I made my chocolate blood orange tart, I had quite a few egg whites to use up. I wanted to make this chocolate malted milk pavlova and use them up. I’m a sucker for malted milk and get anxious to start using it in all sorts of recipes as Easter approaches.

One thing that I’ve learned after making this chocolate malted milk pavlova is that it is pretty up until you cut into it. There’s absolutely no way that I could make the slice I cut out pretty. It did get slightly soft from the fillings and held together but the fillings squeezed out some. I’ll let you in on a secret. I don’t mind messy though. In fact, I love a messy food! 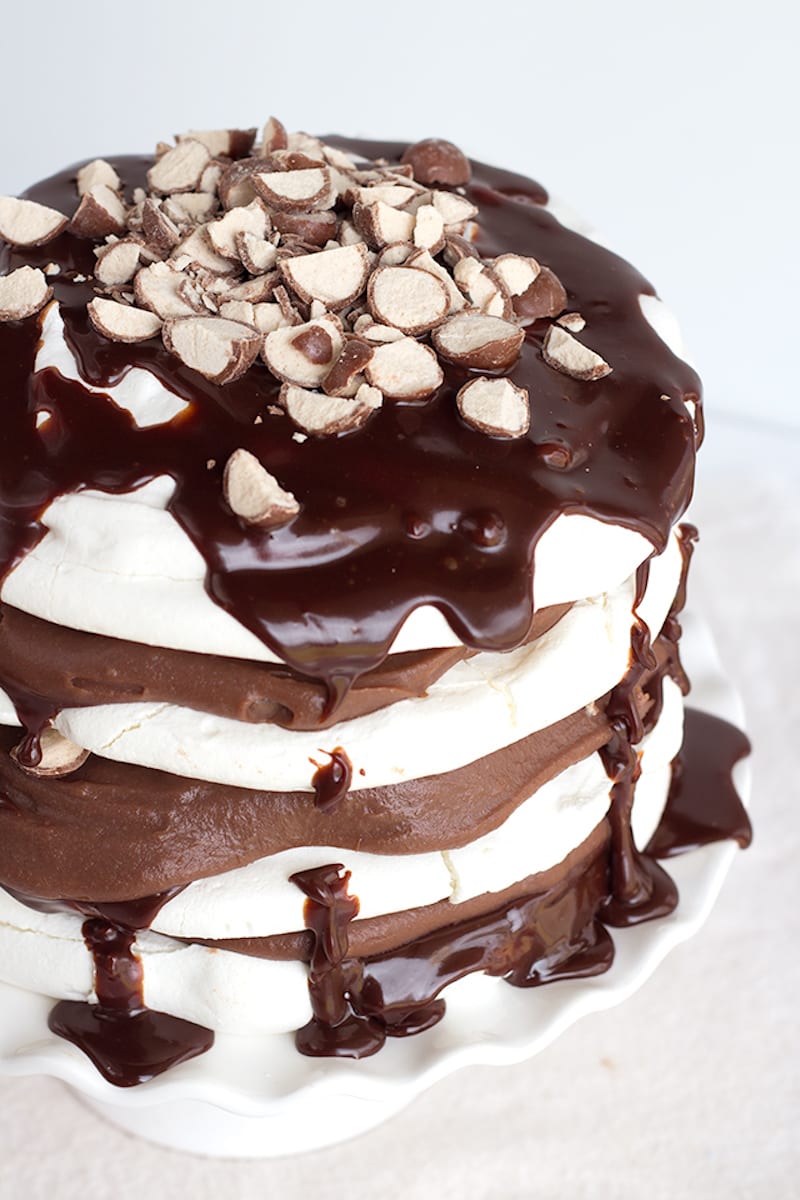 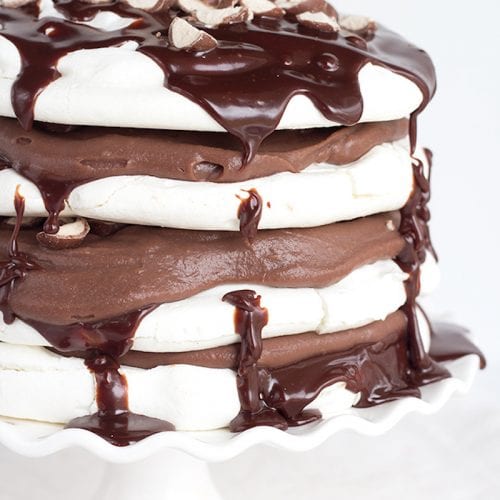 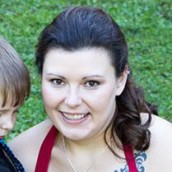 I'm Miranda. I'm a self-taught baker, recipe developer, writer, and photographer behind the blog http://cookiedoughandovenmitt.com. When I'm not satisfying sweet teeth, I can be found spending time with my family, reading cookbooks, attempting crafts and crocheting.