These chocolate-loaded Mississippi Mud Brownies have a brownie base that is topped with peanut butter, marshmallows, pecans, and a light chocolate frosting. Just like the pie! 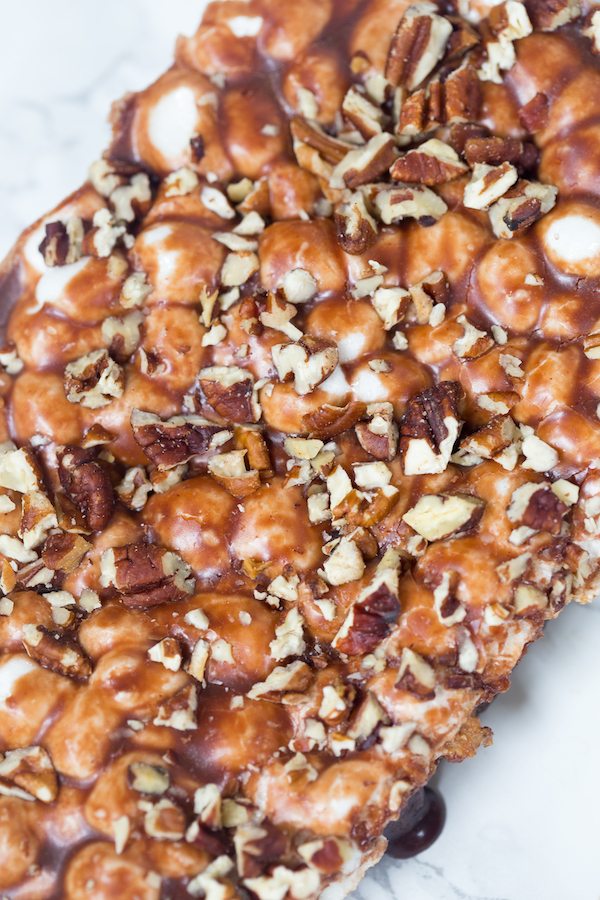 As my most frequent dining buddy, Marc got nominated as my official taste tester. It doesn’t sound like a rough job, but for a guy who thinks food is “good” or “okay,” sometimes it’s hard getting a lot of feedback from him. Our typical conversation after eating the first couple bites of something I made usually goes something like:

This response doesn’t literally mean that it’s the best meal ever. No, that’s just his cop out and usually his hint that he doesn’t really feel like digging in his brain for any more adjectives. I usually just give up there and move the conversation to something else.

So when he tried these Mississippi Mud Brownies and said “These are the best brownies I have ever had” I thought he was just being a smart ass. It turns out, he was being serious and they really are the best brownies he’s ever had. After eating way too many of these myself, I’m gonna have to agree with the guy. There are just so many layers of deliciousness going on! 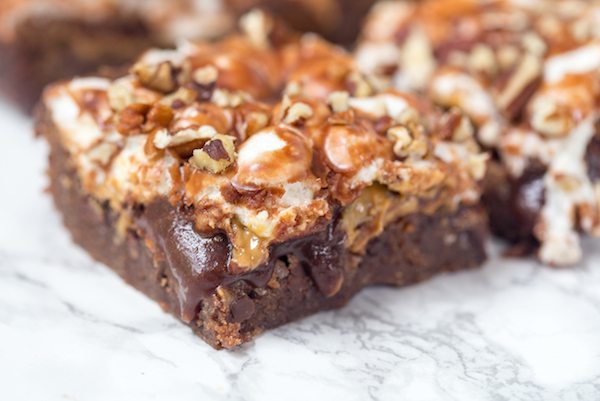 The bottom layer is a dense and fudgy brownie which is topped with crunchy peanut butter, marshmallows, and pecans. Then to top it all off there is a thin chocolate frosting that seeps into all of the little crevices between the marshmallows and pecans. If that isn’t the best brownie ever, I don’t know what is. 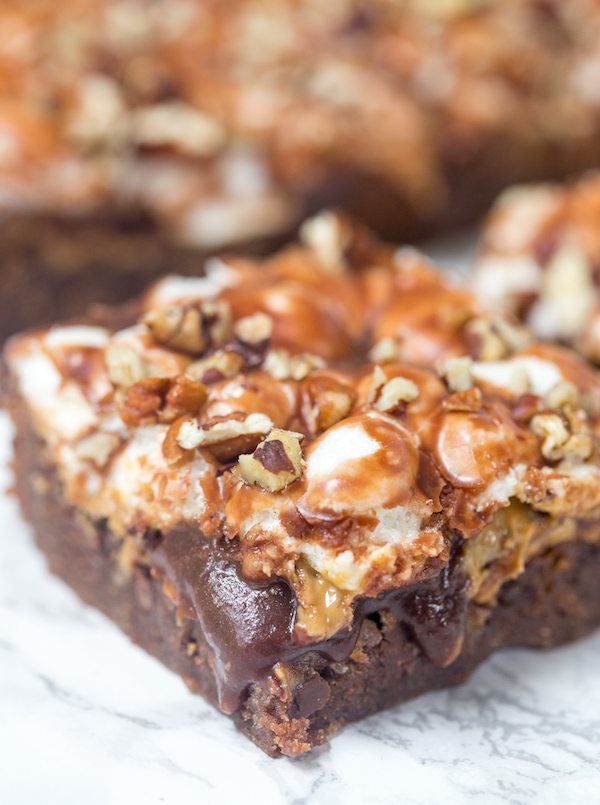