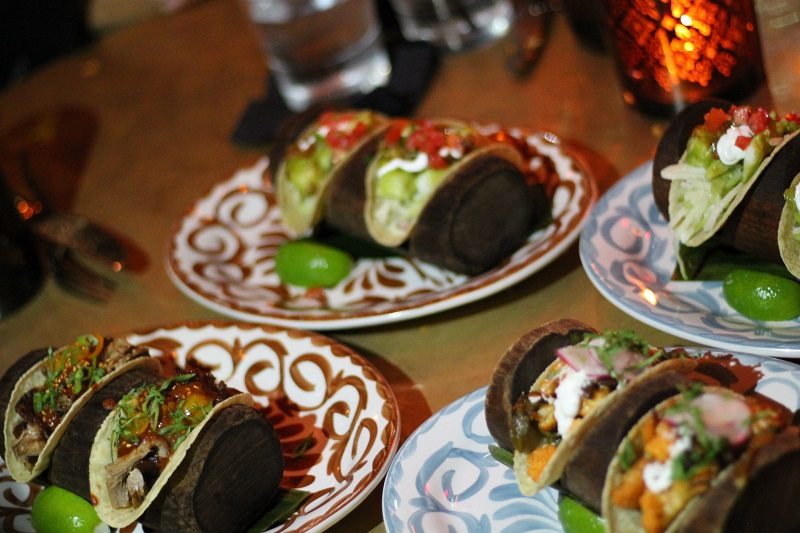 Pecking duck and spiced cauliflower tacos are only a snippet of what to expect at Bodega Negra; Destination for Colorful Mexican Dinners and Cocktails. 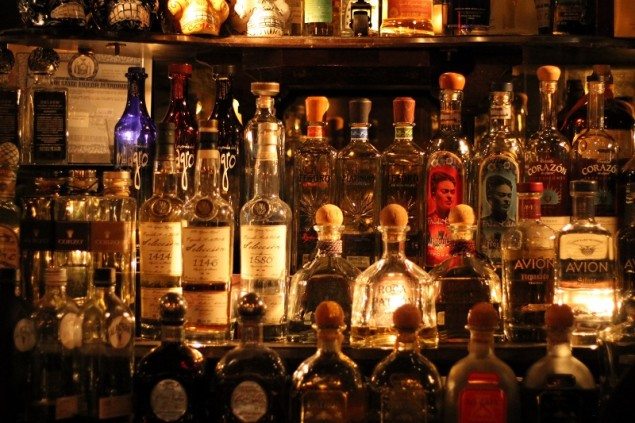 From the lineup of  Mexican eateries in New York, Bodega Negra’s stylish venue at Dream Downtown is different from the rest. Executive Chef Mike Armstrong and the Bodega Negra team are responsible for this, taking control of the colorful dinner and cocktail menu featured at the restaurant.

As Anthony Bourdain ( popular American chef, TV personality & author)  states, “Anyone who’s a chef, who loves food, ultimately knows that all that matters is: ‘Is it good? Does it give pleasure?’ I am letting Executive Chef Mike Armstrong and the Bodega team know, everything at Bodega Negra was dang good.

Offering diners selections such as the beet and carrot ceviche, the pecking duck taco and a Don Huevo dessert bound to blow your minds and mouths in the most delicious way possible. 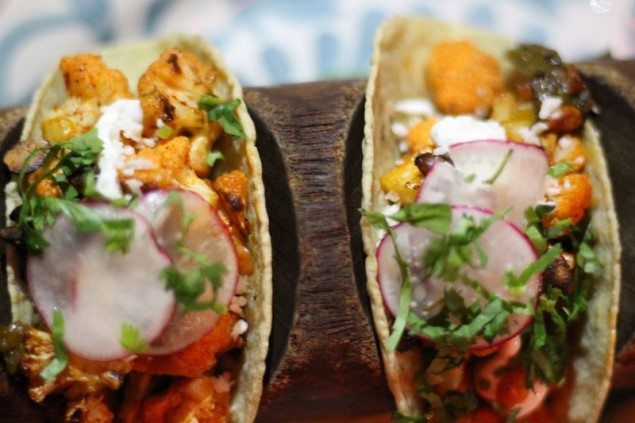 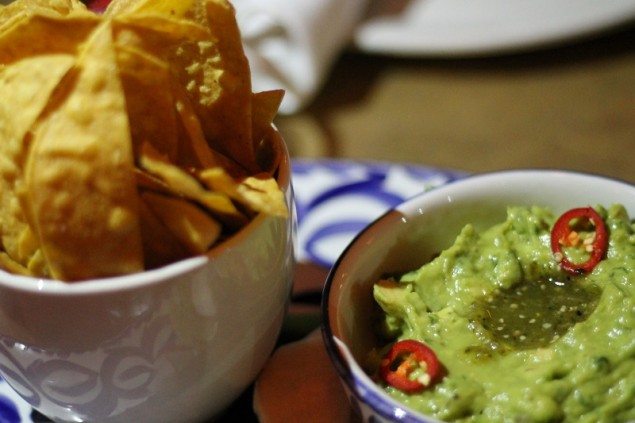 Cutting straight to the eats, the menu represents Mexican flavors and ingredients while spicing it up with international blends. From the bright creamy guacamole and the thick savory yuca fries on the appetizer list to the creative, colorful tacos such as the soft shell crab and the pecking duck. The food is creative, but more importantly it is fresh, delicious and as emphasized previously, dang good. Plus all of these options pair perfectly with Bodega Negra’s colorful selection of tequila cocktails such as their El Diablo or the Smoking Scorpion.

For the mains it is recommended to choose from their popular taco selection. So said, so done the pecking duck, the grilled fish and the cauliflower( if meats aren’t part of your diet) was eaten, lied it was devoured. While the pecking duck may raise some eyebrows Dwanye Johnson style, it is finger licking delicious.  The duck is braised and shredded similar to the traditional carnita or chicken taco, stuffed in between two warm and toasted corn tortillas. The tacos are placed in a wooden fixture along with a lime. Pair these tacos with a el diablo margarita if you want the full blown caliente Mexican experience. Or go the less traditional route with a red wine from their wine list.

For dessert, the Don Huevo is the way to go. Both the presentation and the flavor was sinfully delicious. Frankly the desert is celebration of sugar; a white chocolate ball  with steaming dulce de leche poured over it which then reveals a chocolate lava cake. To top this, as if there isn’t enough sugar, it is topped with ice cream.  After trying the Don Huevo your dessert experience will never, ever be the same. 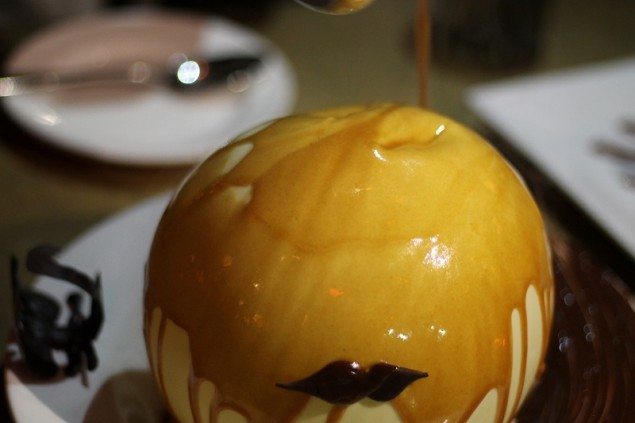 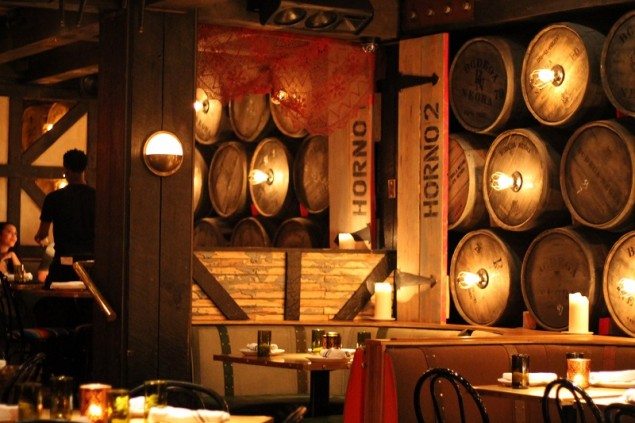 The  restaurant welcomes  fiesta celebrations or any sized group who are eager or interested to experience eating inside a stylish bat cave. Bodega Negra describes it as a “Tudor style tequila warehouse”. Sit, eat and drink under the auburn lights, enclosed by dark woods with a gigantic orbiting disco ball hanging from the ceiling.

Important to note before you go.

The restaurant is priced for the neighborhood it is located in, i.e your not going to find a pizza slice in this area for less than $4 or a taco under $3. But don’t be hesitant about the people, the staff at Bodega Negra is knowledgeable about the menu. Ask them anything if you have questions or dietary concerns and they are very friendly. Also the restaurant only serves dinner, and is opened after 5:30 pm.