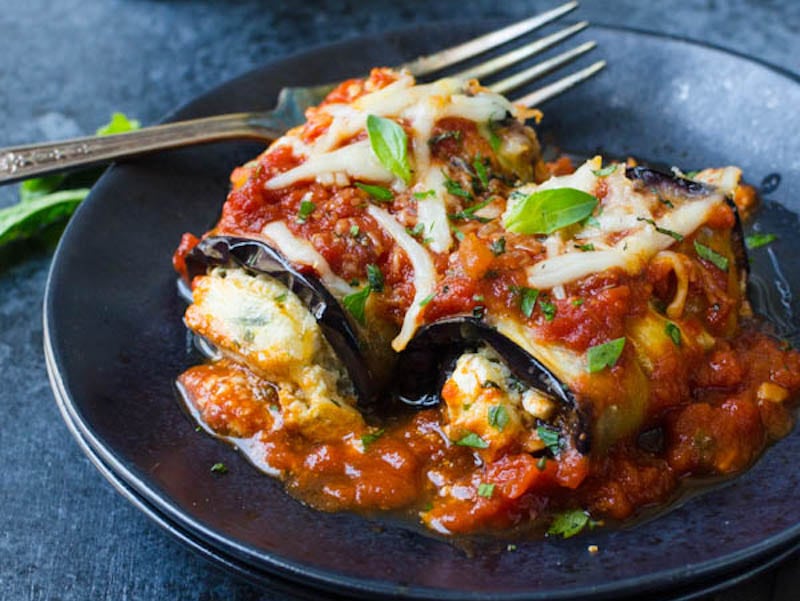 Lisa is a South Florida based food blogger who derives…

This quick eggplant recipe that will delight with it’s cheese filling and it can be ready in under an hour. 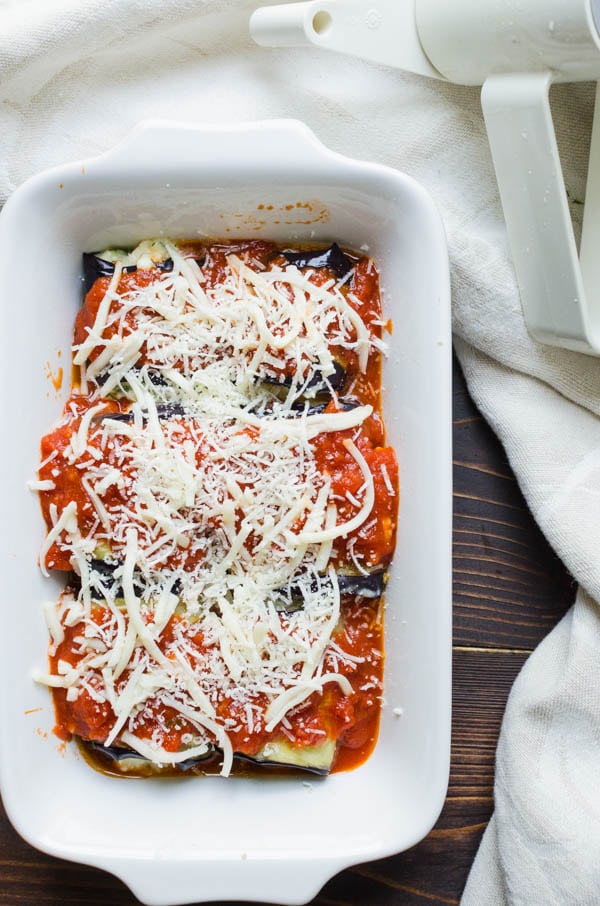 I’ll be the first to admit that I’m not a big fan of eggplant, which is why this Eggplant Rollatini recipe being made by me in my own kitchen would seem absurd to my 10-year old self. My dislike for eggplant stems from my mother’s ratatouille when I was a kid… The vegetable yield from her garden assured us that we would never go hungry — and in order to preserve her harvest, she made her ratatouille recipe with loads of eggplant in quantities that would feed the NFL. 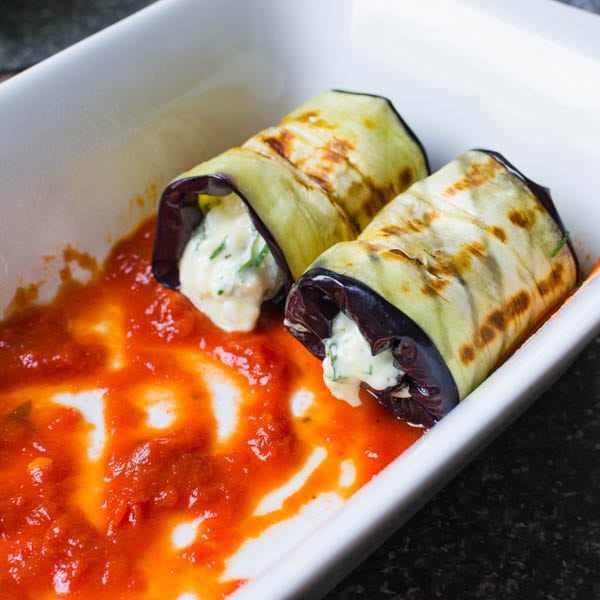 Then she’d seal them in those quart sized Ball canning jars, sink them into a boiling bath until they “popped” and display them on a custom shelving unit designed and built by my father — solely for the purpose of storing her bounty. Consequently we rarely had a meal that didn’t include her ratatouille.

Years later, I’m just beginning to get over my aversion and have actually started looking for ways to incorporate eggplant into our diets. The issue now lies with my husband, Scott, and his intense dislike of mushy vegetables. When he saw this eggplant on the counter, I could almost see his body recoil in horror. His angst was palpable. 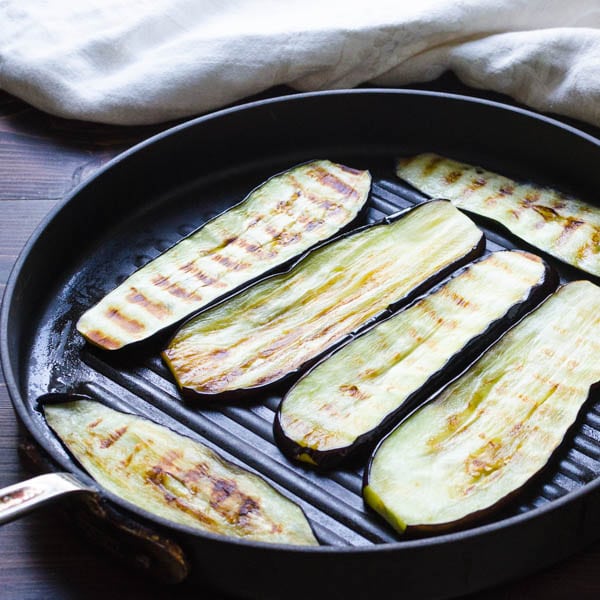 So for him, I’m taking baby steps… an eggplant side dish masked as an Italian lasagna-esque casserole, this Eggplant Rollatini recipe will convert even the most staunch eggplant-haters. To start, salt thin slices of eggplant to draw out the moisture. Pat them dry and then grill them (either on a grill or in your grill pan). The filling is a healthy blend of cottage cheese, eggs, fresh herbs and lemon zest.

Add a spoonful of filling to the bottom fourth of a slice of eggplant and roll it up. 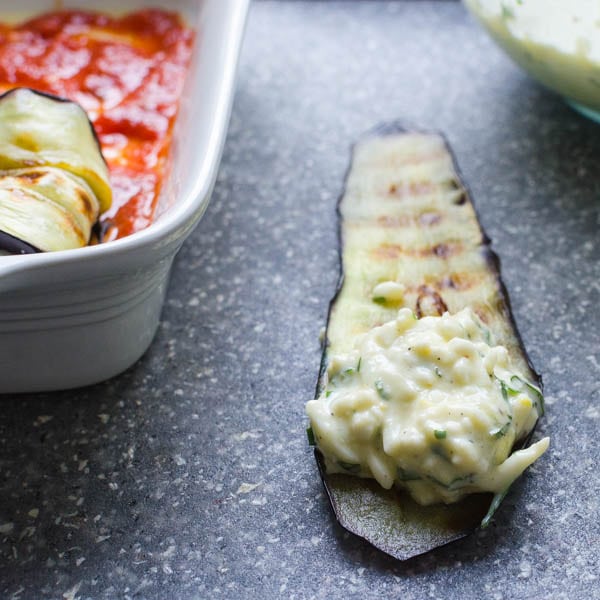 Place the eggplant rollatini in a casserole dish spread with your favorite marinara sauce and continue to roll the remaining slices.

Top with a little more marinara and a healthy dose of shredded cheese. This is a quick eggplant recipe with depth of flavor greater than the sum of its parts. 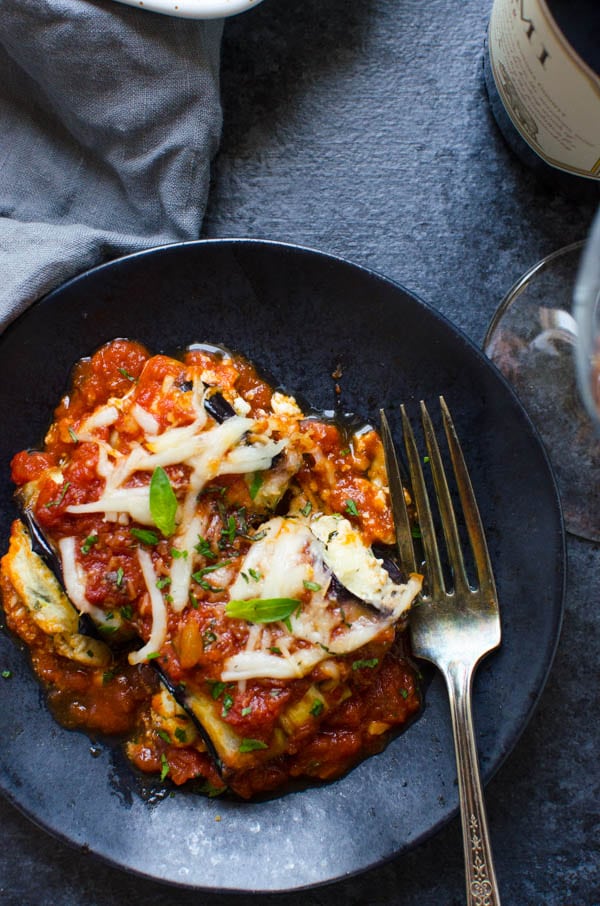 Bake until the casserole is fragrant and bubbly. I’m telling you, it smells like an Italian restaurant as these rollatini are baking and no-one, not even my eggplant averse husband can deny that it smelled good. 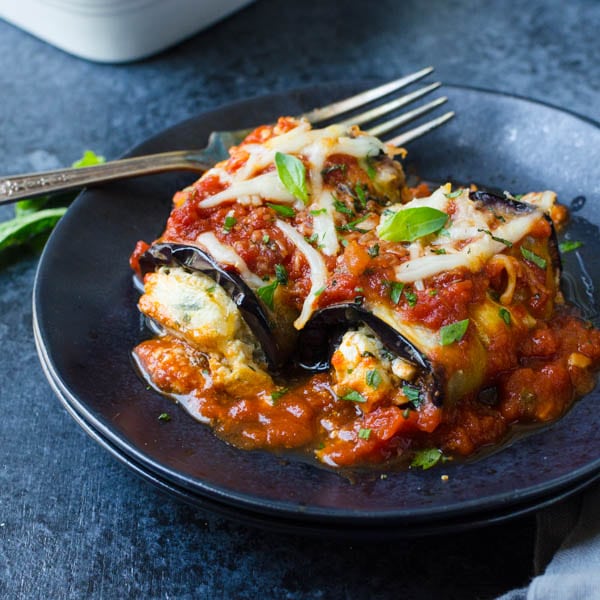 Lisa is a South Florida based food blogger who derives inspiration from a diverse family food-background, which includes southern comfort foods, traditional French and Caribbean cuisine. On her blog, Garlic and Zest, she explores fresh, innovative flavors and the inexorable link between food and family. Her approachable fare tastes like home.