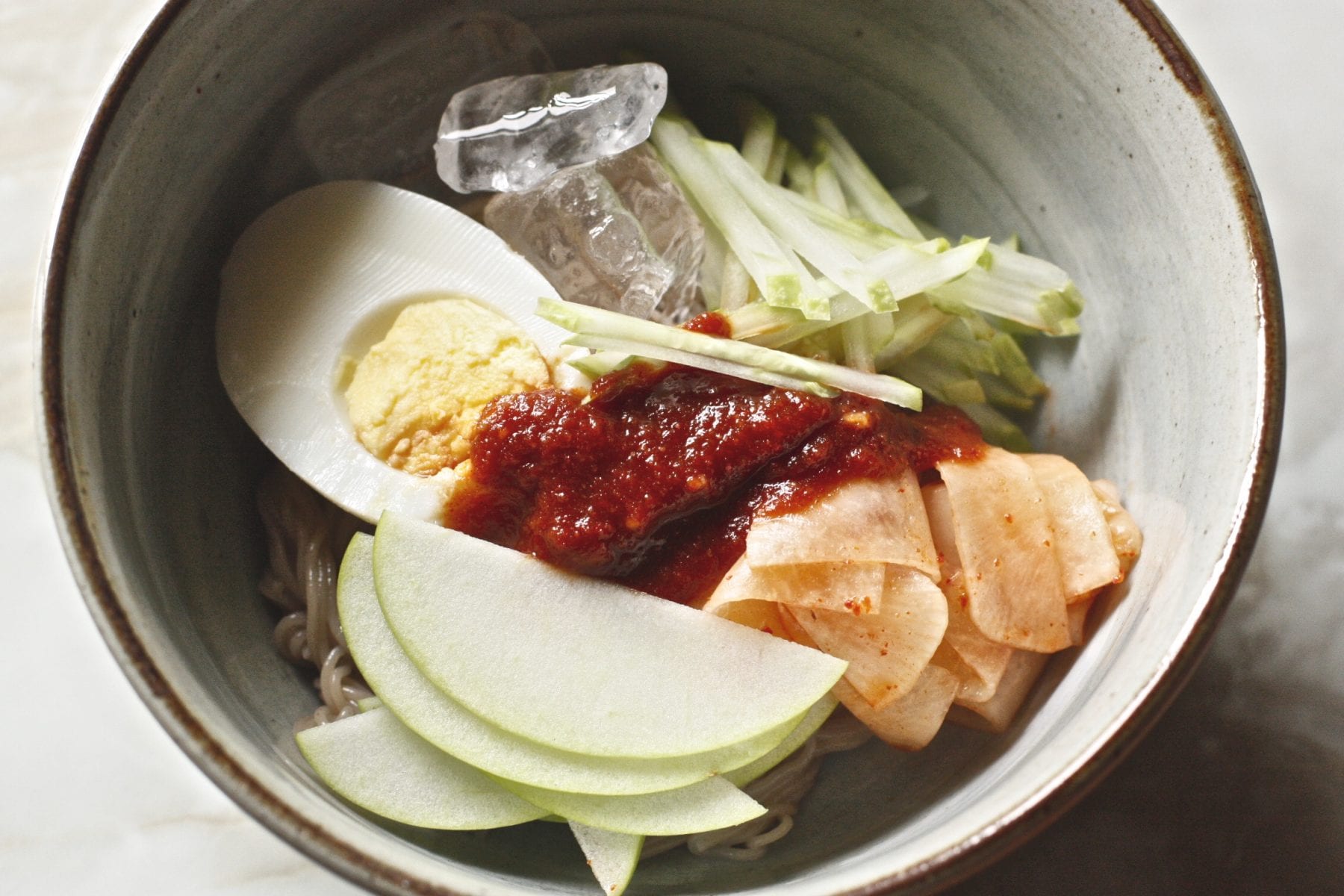 There are two main kinds of naengmyeon. Bibim naengmyeon is served with a spicy red pepper sauce.
By Jacqui Gabel 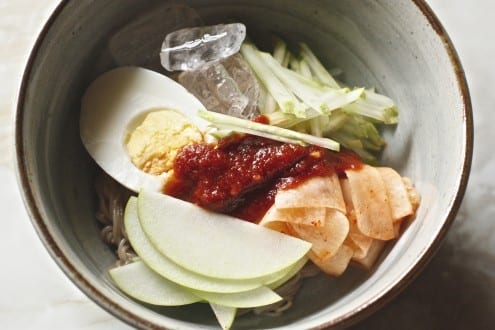 To tuck into a bowl of cold, sour, spicy buckwheat noodles is to confront a mood of heat-induced apathy, fists swinging, though what you’ll really want to do is dance. Come summer, a good naengmyeon restaurant in Seoul is packed with long queues that extend out the door and around the block. On a sultry day, naengmyeon stimulates, refreshes, and leaves your lips tingling.

Though naengmyeon was originally reserved for the wealthy citizens of Northern Korea, it became widespread throughout the peninsula following the Korean War. These days, naengmyeon is easy to find and affordable in South Korea, so not many people make it at home. But you can. And it’s not at all as daunting as the ingredient list might suggest.

Naengmyeon’s noodles are rod-shaped with a girth between capellini and spaghetti and a length said to signify longevity. Many restaurants will snip them tableside to make them easier to eat, and you could do the same at home.

Incendiary, sour, sweet, and salty, a well-balanced sauce is key, and herein lies the bulk of the recipe’s workload. The payoff, however, extends beyond that first bowl of naengmyeon, as the excess sauce is versatile and will take you through the week. Use it in fried rice, scrambled eggs, or toss with raw vegetables for a quick, spicy side dish.

The measurements below are a guideline. Do adjust to your personal taste. Hye Rae taught me to adjust with more sea salt instead of soy sauce, which darkens and thins the sauce, and what you want is a redder sauce with a thicker consistency. Do the same if your sauce needs more saltiness. When we made this together recently on a very hot day, she sliced fresh watermelon (optional) and fanned it out next to the half slice of hardboiled egg (mandatory). Sounds a little strange, but the mix of crisp, juicy fruit with soft, stretchy noodles was excellent. In other words, don’t skip the apple at the end.