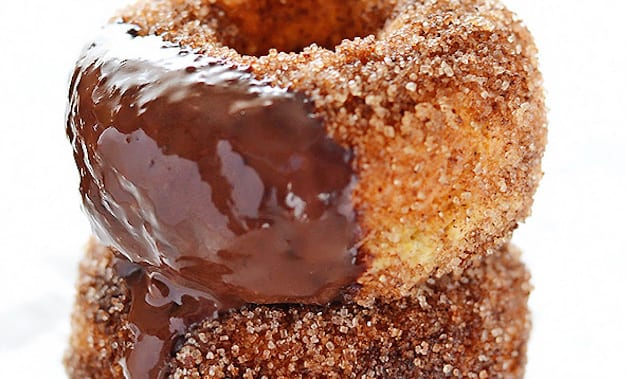 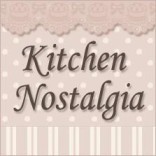 Kitchen Nostalgia is a website about delicious old fashioned recipes…

Without being weighed down with a heavy, oily pastry, try these baked donuts inspired by fried churros and sprinkled with cinnamon-sugar.
By Zrinka Baker 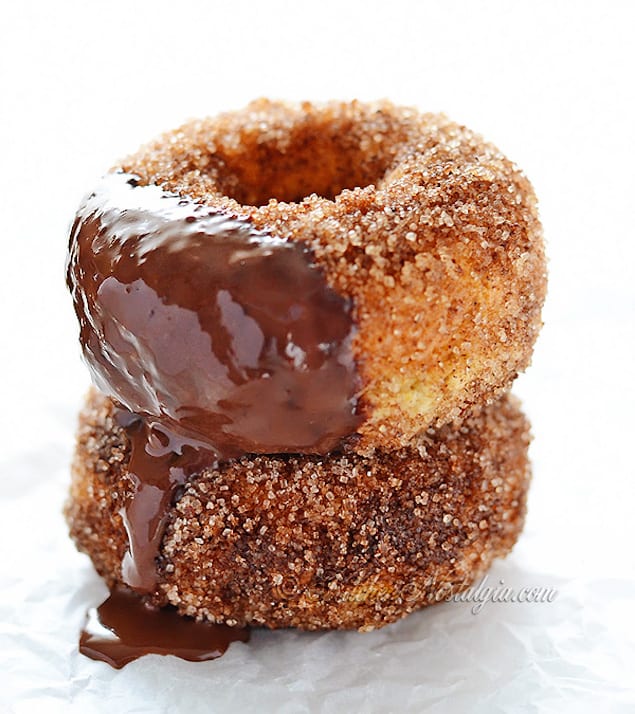 Everybody loves churros, mostly because of their crispy exterior covered with cinnamon and sugar. But, churros are fried and can end up tasting quite heavy and oily. 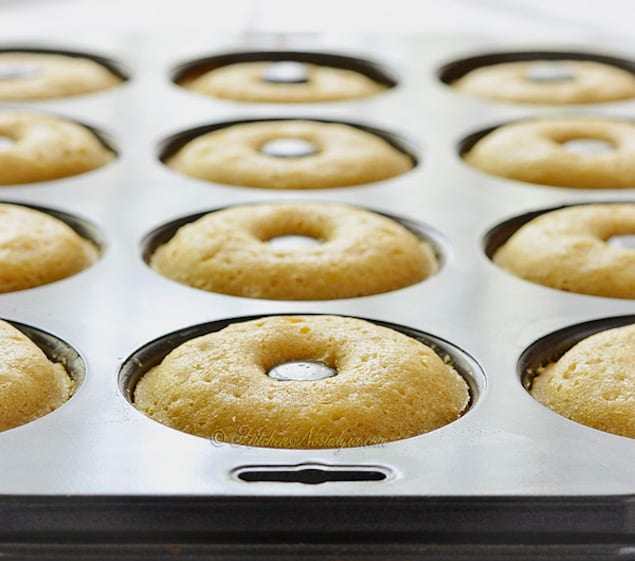 To make slightly lighter version, I made baked the doughnuts, brushed them with melted butter and sprinkled with sugar-cinnamon mixture. I didn’t use any yeast to make doughnuts, which shortens the time needed to prepare them, and there is no need to knead them.

Served with thick chocolate sauce, baked Churro Doughnuts are a great way to enjoy the taste of churros while eating significantly less fat. 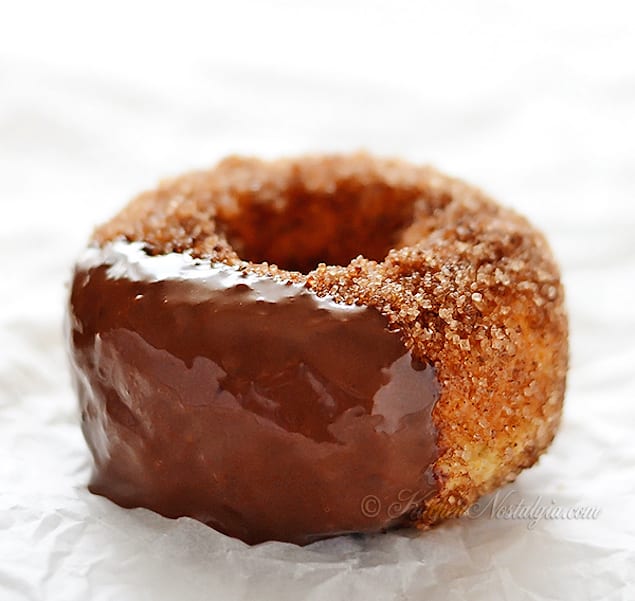 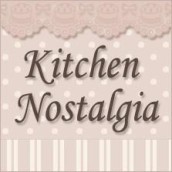 Kitchen Nostalgia is a website about delicious old fashioned recipes from our grandmothers’ kitchens that everyone can make easily at home. www.kitchennostalgia.com strives to make it easy for you to find inspiration for a great tasting meal.